The underlying asset’s value keeps changing according to market conditions. It is extremely risky as the underlying value is exposed to various market sentiments and other political, economical and social changes. To make the concept clearer, here is an example of a corn farmer and a cereal manufacturer.

The corn farmer is worried about the constant fluctuation in corn prices in the market. He expects to sell his produce at the current market price of INR 2000 per quintal after 4 months. However, there is no guarantee that the price of corn might not decrease after 4 months.

To avoid this risk, the corn farmer enters into a contract with the cereal manufacturer (or a commodities broker) to sell his produce after 4 months at the current market price of INR 2000 regardless of what the price might be at that point of time.

This example simply explains how a derivatives contract works. In this situation the underlying asset is the corn produce (commodity) from which the contract is deriving it’s value.

– The OTC market is largely run on trust, but what if someone wants to participate in derivatives trading in a relatively safer environment? The exchange-traded derivatives contracts are traded in standardised forms through specialised derivatives The exchange acts as the intermediary and charges an initial margin to eliminate counterparty risks.

It is a customised contract between two parties to buy or sell an asset or any product or commodity at a predetermined price at a future date. It is to be noted that forwards are not traded on any central exchanges, but over-the-counter and that they are not standardised to be regulated. Therefore, it is mostly useful for hedging and to minimise risk even though it doesn't guarantee any kind of profits.

Over-the-counter Forwards are exposed to counterparty risk as well. Counterparty risk is a kind of credit risk that the buyer or seller might not be able to keep his part of the obligation. If the buyer or seller becomes insolvent and is not able to deliver on his part of the bargain, the other party may not have any recourse to save his position.

Futures are financial contracts that are fundamentally similar to forwards but the major difference is that features can be traded on exchanges and therefore are standardised and regulated. They are often used to speculate on commodities.

Options are financial contracts wherein the buyer or seller has the right to but not an obligation to buy or sell a security or a financial asset. Options are almost similar to Futures where in it is a contract or an agreement between two parties to buy or sell any type of securities at a predetermined rate in the future.

However, the parties are under no legal obligation to keep their part of the bargain i.e. they might or might not decide to sell or buy the security at the predetermined time. It is literally an option given to reduce risk in the future if there is a high volatility in the market.

As the name itself suggests, swaps are just what they mean. Swaps are a form of financial derivative commonly used to exchange one kind of cash flow with another. Swaps are not traded in exchanges but are private agreements between parties and are mostly traded over-the-counter. 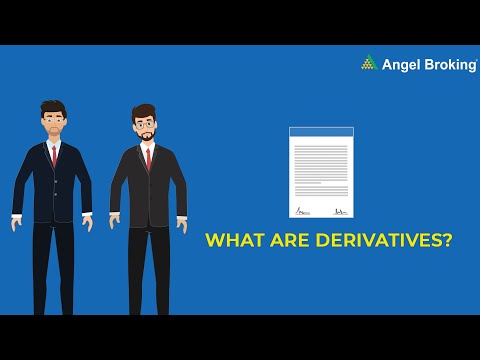 Derivatives are the common tool used for speculation in order to earn profits. The unpredictable nature of the market makes speculation highly risky and may result in huge losses.

Derivatives are not only highly risky, they are also a necessity to investors to reduce risk in a volatile market. It is important to have extremely good knowledge about the derivatives to trade in the derivatives market to ensure less risk and high profit. As derivatives are leveraged instruments it can cut both ways when it comes to profit or loss and therefore a lot of research and understanding is necessary in this market.

What are the advantages and disadvantages of Derivatives?

Derivatives are highly traded financial contracts, often used for speculation and hedging. Like for any investment instruments, these highly leveraged derivative products have quite a few advantages and disadvantages.

There are many variations of passages

What are the risks of Derivatives?

Trading derivatives involves the following risks.
Market risk: Traders use technical analysis, historical data to understand general market risks
Counter-party risk: Counter-party risk arises if any of the parties involved (buyer, seller, or dealer) defaults. This risk rises manifold for the contracts sold in the OTC platform
Liquidity risk: Traders may face liquidity risk issue when they try to exit a contract before maturity if it is difficult to close the position or the current bid-ask spreads are significantly large
Interconnection risk: Interconnection risk refers to the relation between different derivative contracts and dealers since it impacts a particular trade
Derivatives trading involves high risk. So, you need to find effective risk management techniques to trade in the derivatives market.

Are Derivatives the same as futures?

Derivatives are used for hedging to lower risk exposure on various underliers. however, trading alone in derivatives involve risk such as market volatility, counter-party risks, interconnection risks, and the risk of liquidity.