ADX: How To Interpret The Trend Strength Indicator

Trading in the direction of a trend reduces risk. Identifying a strong trend in the market is the prerequisite of a successful trade.  It is a skill that every trader should have. But, how to determine if the trend is strong or weak? A strong trend is worth following as it increases the chances of profit, but when the trend is weak, it would also lead to potential loss.

Why Do You Need A Trend Strength Indicator?

While planning a trade, you need to identify if the underlying is in trend or not. But stocks prices spend more time in consolidation than trending, resulting in multiple drawdowns. With the help of ADX, you can quantify the strength of a trend. 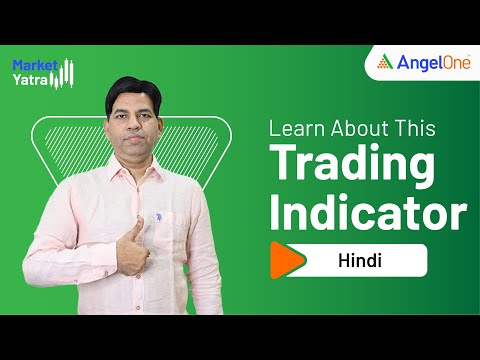 ADX is computed based on moving average of price over a period.  It is plotted as a line, on a range between zero and hundred. It was conceived by Welles Wilder Jr., who designed it to measure the directional movement of commodities and price, but ADX is now widely used for stocks as well.

How Are Directional Indicators Calculated?

In a trend, price movement isn’t steady. There are intermittent periods of drawdowns, even when the price is rising. Directional movement is a method of comparing two consecutive lows with their respective heights. This comparison helps to measure if DI is positive or negative.

You can notice that in both cases, when the +DI rises above the -DI and conversely, when the -DI rises above +DI, the ADX moves up, indicating the strength of the trend.

Average directional index determines the strength of a trend. However, it doesn’t indicate if the trend is bullish or bearish like other popular indicators, such as RSI. ADX achieves the following,

Many traders consider ADX value above 25 is a strong trend to follow. ADX below 25 is the moment of accumulation or distribution. When ADX stays below 25 for 30 bars, the price usually enters a range and oscillates between support and resistance levels to find selling or buying interests.  After the low period, the price will break into a trend.

Correctly interpreting ADX is a critical part of technical trading. While studying ADX, you must keep in mind that ADX doesn’t indicate a trend reversal. It merely determines whether the trend is strong enough or not. Often falling ADX is misinterpreted as an indication of a trend reversal. But falling ADX is a mere indication that the current trend is losing steam. You can apply the simple rule of thumb to deduce ADX.

Using ADX peaks, traders can determine when the trend momentum is strong.  Higher ADX peaks indicate the price momentum is robust, and when the peaks are low, it suggests that the momentum is weakening.

Contrary to when divergence occurs, when trend momentum is rising, it gives traders the confidence to let their profit run without exiting the trade. Conversely, ADX divergence indicates when the momentum is falling so that a stricter stop-loss can be applied.

ADX indicators are also helpful as a range finder. When ADX slips from above 25 to below 25 range, it indicates a weak trend. In this range, the trend is moving sideways.  The ADX will remain at this level until the supply-demand equilibrium shifts again.

Although a powerful indicator, ADX also has a few flaws that you need to keep in mind.

2. ADX is based on moving average, which is a laggard indicator, meaning ADX is also very slow

4. ADX is used in association with other indicators and oscillators

Trading in the direction of the trend forms the basis of technical trading. Traders use a vast number of trading charts, indicators, and patterns to understand trend direction, but none of these is helpful if you need to understand the strength of the trend. ADX indicator fills up the gap by quantifying trend strength. Moreover, it helps you find when the price enters a range so that you don’t waste time trying to trend trade. Also, you can use it for riks management as ADX indicator signals when momentum is slowing. If you want to become successful with trend trading, you can’t avoid ADX.