What is stop-loss and how is it used?

Meet Vinod. He is a beginner in the stock market and wants to understand the concept of stop-loss. His friend Ashish, an active trader with Angel One explains: 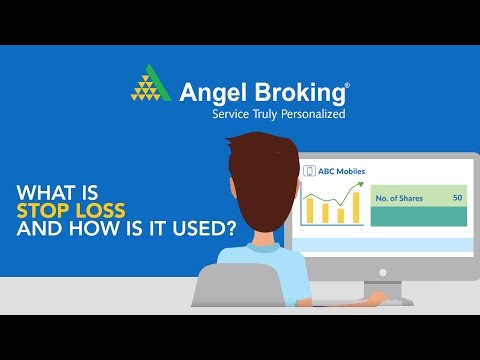 Stop-loss is a method used by an investor to limit his losses. It works as an automatic order given by the investor to his broker to sell a security as soon as it reaches a certain predetermined price. For example, let’s say Ashish buys 50 shares in ABC Mobiles at the rate of one thousand rupees per share. Shortly, the share price falls to 960 rupees per share. Ashish wants to limit his losses; so he inputs a stop-loss order at nine hundred and fifty rupees. If price corrects further to nine hundred and fifty rupees, his broker Angel One will sell the shares to prevent further losses.

On the other hand, if the share price jumps to oshane thousand four hundred rupees per share, Ashish would want to hold on to his shares and not lose his advantage; so he inputs a stop-loss order to sell the shares if the price falls to one thousand three hundred rupees. By placing the stop-loss order, Ashish protects his investments by retaining his gains and preventing potential losses