The business of trading intraday is a tricky one, indeed. Also referred to as day trading, it is the kind of trade wherein, traders buy and sell stocks, exchange-traded funds, derivatives, foreign exchange, and other such share market securities within the same day. The trades are conducted during regular market hours, with traders closing their open positions before the market closes for the day. For instance, if you buy shares in the morning, say around 10:00 a.m.; you have to sell them before the market closes at 3:30 p.m.; let’s say around 2:00 p.m. As such, day traders essentially look to take advantage of market fluctuations in a bid to book profits and typically exit their positions upon booking small profits. They also use triggers like stop/loss to mitigate their losses.

But how can a trader genuinely know when they will be able to book profits and when they should cut their losses? They have to leverage specific strategies and rely on some data that tells them about market trends, momentum, and changing market sentiments. They can find all this information in various types of intraday chart patterns, which are an essential part of day trading. These charts produce periodic and recurrent signals that help traders cut through the noise surrounding price action and make informed trading decisions. But before we look at some of the most common intraday chart patterns, we need to speak about the two recurring themes visible on all trading charts.

Irrespective of the different types of intraday patterns and charts you use to base your trades on; you will notice two recurring themes when you trade. These themes are breakouts and reversals. Let’s understand these briefly.

A breakout is said to occur when the price of a stock clears a particular, critical level on your trading chart. The level in question could be several things such as a support level, a resistance level, a trend line, a Fibonacci level, and so on.

A reversal is essentially a change in the direction of a given price trend. This change could be a positive or a negative change against a prevailing trend. Other synonyms for reversal that are predominantly used in the trading market include correction, rally or “trend reversal.

A Look at the Different Types of Intraday Chart Patterns

The most common types of technical tools used by intraday traders are intraday candlestick patterns, which first originated in 18th century Japan. Japanese rice traders were the first people to use these charts, and they were introduced in the western world as late as in 1991 by Steve Nison.

A candlestick chart essentially consolidates data within specific time frames, ideally into single bars. Intraday candlestick patterns are straightforward and relatively easy to interpret. Leveraging these charts while trading can give you a competitive edge over traders and the rest of the market participants. Candlestick patterns are further categorised into several types with the below five being the most widely used patterns by traders across the globe. 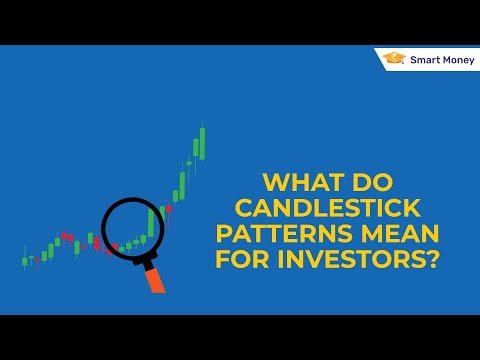 The shooting star candlestick is primarily regarded as one of the most reliable and one of the best candlestick patterns for intraday trading. In this type of intra-day chart, you will typically see a bearish reversal candlestick, which suggests a peak, as opposed to a hammer candle which suggests a bottom trend. The shooting star candlestick typically will not form unless a minimum of three consequent green candles materialise. Once the pattern forms, it indicates an increase in the demand and price of the stock. An essential thing to know about this type of intraday chart pattern is that the upper shadow of the candlestick is typical twice the size of the candle’s body.  This, in turn, indicates that the last of frantic buyers have entered the trade, precisely in time when traders who have booked profits, have off-loaded and closed their positions. The price is then forced down by short-sellers to close the candle (either close to or below the open), which traps late arrival traders who had pushed high, the prices. At this point, traders begin to panic as the late arrivals begin exiting their positions swiftly.

The Doji pattern is a popular candlestick pattern for intraday trading that is predominantly used by forex and stock traders. The term Doji implies indecision among traders. The reversal pattern of this candlestick may be bullish or bearish, based on the previous candles. The pattern essentially has the same open and closing prices and is recognised by its long shadows. Moreover, while the pattern appears close, it may have a relatively small body. As a trader, you will get an indicator which suggests how the reversal is heading, from the previous candles. In case of bullish candles, a short/sell signal will be triggered when a Doji low breaks, whereas a trail, will stop above a Doji high. As a trader who wants to use Doji candlestick pattern for intraday trading, you will need lots of experience, so it is recommended that you practice reading it on trading simulators before you start active trading.

The supernova intraday trading candlestick pattern, sometimes known as the waterfall pattern is one that typically ensues after a dominant intraday move is made to the downside or upside. This pattern is generally accompanied by a piece of news released by a company or the announcement of an event. Recognising this chart pattern is easy as it includes a typical exponential move with each bar being more potent than the previous one. On the price chart, the supernova pattern appears as if the market can’t go any lower or higher. While it may be slightly tricky to trade with these moves, it is essential to remember that the market cannot forever go up. As such, when the supernova pattern emerges, you should brace yourself for a sharp reversal, which may occur anytime shortly. The reversal may typically be caused by traders booking their profits.

The Bullish/Bearish Engulfing Patterns are yet another type of Japanese candlestick patterns for intraday trading, which are considered as powerful market indicators, especially in the context of short-term trading.  The bullish engulfing pattern typically emerges when a red down candle, characterised by a short wick is closely followed by a significantly larger green candle, which also has a short wick. The green candle completely engulfs the preceding red candle. Conversely, the bearish engulfing pattern is in complete contrast to the bullish engulfing pattern, in that, the relatively smaller green candle gets engulfed by a significantly larger red candle. The bullish and bearish engulfing patterns essentially suggest the beginning or continuation of a new trend emerging in the direction of an engulfing candle. The two candles indicate that one side of the market has been overpowering the other. It should be noted that the bullish and bearish engulfing patterns are at their most potent when they are combined with massive volumes or when the company releases information or news, which is consistent with the direction in which the trend is moving.

Apart from the intraday trading candlestick patterns mentioned above, there are several other intraday chart patterns used by day traders. They are as under:

The morning consolidation pattern is a type of intraday chart pattern that is relatively easy to recognise. It comprises of a minimum of four bars which move in one, clear direction. Once a high or a low is reached from the first bar, the security being traded will start consolidating from one bar to four bars, with the high or low being exceeded in the early trading hours, say by 10:10 a.m. The morning consolidation pattern is indeed one of the most popular one used by active day traders, mainly because it is easily identifiable on trading charts. This pattern also comes to life almost instantly, enabling traders to size their trades up. Note that the morning candlestick pattern typically follows a small gap and is recognised by several bars moving in one specific direction. This design indicates that a stock is certainly volatile, which is one of the crucial indicators of a profitable intraday trading stock.

In intraday trading, turning a profit becomes a huge challenge as the day progresses. As such, it takes a lot of effort to perfect trading patterns, and the late consolidation pattern is one of the most challenging ones to master. In this intraday pattern, you will notice that the stock will carry on rising in the breakout direction, right into the market close. As a trader leveraging this intraday chart pattern, you should look out for other traders who enter a position after 1:00 p.m.; typically after a significant break in a trend line which is already lengthy. You should also check when the trend line started – either on the previous day or the same day, but in the early trading hours. You should again watch out for at least four consolidation bars that precede the breakout. An obvious advantage of using this trading pattern is that the stock in question has the whole afternoon to run, which gives you the time to step back and watch as the play evolves. Moreover, you will notice better technical working since the morning move catalysts are subdued in the late consolidation pattern.

As a day trader, you need to draw trend lines to connect two lower highs or even two higher lows to signal a downtrend or an uptrend, respectively. The ideal way in which you should use a trend line is in the context of a longer-term trend. This means that if you have drawn a significant trend line on your daily chart and if the market touches that specific trend line on your 15-minute chart; you will have an excellent opportunity to take your trade-in your preferred trend’s direction. Similar to trend lines, you can also draw triangle patterns on your daily chart. If you draw the triangle pattern and if the market breaks through within a short-term time frame (similar to the 15-minutes chart); then you can potentially be among the first traders to benefit from the longer-term breakout, especially if you take a short-term trade.

Conclusion: Intraday chart patterns are powerful weapons that every day trader can freely access. If leveraged correctly, these patterns can help you, with booking profits and planning your trades effectively. Like with everything else in life, financial markets too, are prone to repeating their history, and the data from the same can be assessed through chart patterns. The repetition of trends and momentums helps you identify various opportunities and brace yourself for potential pitfalls. All of the chart patterns mentioned above can provide the technical analysis required while trading. You can locate breakouts and trend reversals and become a smart trader once you master how to read these technical charts.