Candlestick formations are as unique as their names like Bullish or Bearish Harami, Dark Cloud Cover, Three Black Crows, Three White Soldiers, and more. Based on the patterns and where they form in a trendline, these formations are indicative of trend reversal, market indecision, and more, and used for deciding long and short-term trading strategies.

How To Read Candlestick Charts

Candlestick charts differ significantly from typical day trading charts. Then why do traders use them? Traders prefer using candlestick formations because they offer a valuable visual perception of price. It’s essential to understand the critical components of a candle to interpret trading signals.

A candlestick chart comprises individual candles. These candles are a visual representation of price movement that allows traders to pinpoint where the price opened or closed for a period, along with the highest and lowest price points of the day. Unique candle formations can throw significant light on market momentum and predict a change in trend. 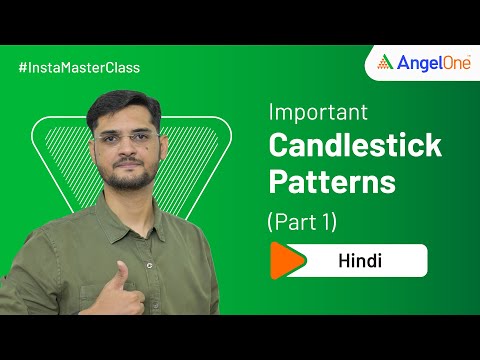 Now to interpret a candlestick chart, it is essential to know the different components of a candle. At the beginning of the article, we mentioned that candles are colour coded for better understanding. So, a bullish candle is usually green or white, and a bearish candle is either red or black.

A candle contains a rectangle body, denoting open and close price of the day, and wicks or shadows, depicting the highest and the lowest prices during the trading period. A candle offers the following critical information to traders.

Traders recognise several candlestick formations. But among these, some are more influential than others. For anyone interested in technical trading understanding these patterns are must to form their strategies.

A single bar is called a candlestick. It contains a body and shadows at both ends, depicting opening, high, low, and closing in the market. Two or more candlesticks together form a pattern, indicating the bullish or bearish trend reversal.

Let’s take a look at different candlestick patterns. There are bullish and bearish patterns, as well as some unique formations.

Bullish candlesticks indicate the end of a downtrend and signal traders to enter a long position. For bullish patterns, the closing price is higher than the opening price and marked in green colour in the chart. Position of the formation in the trendline and size of the real body determine how strong the trend reversal signal is. A long-real body that closes near the high indicates strong price movements where buying forces were strong. To confirm a trend reversal, traders, however, also take into account candlestick formed before the bullish candle appears. Usually, feeble downward candles leading to the formation of a bullish candle is what they look for and base their strategy only after the confirmation candle is formed. Some bullish candle formations are,

Where to look for bullish candle patterns? Bullish trend reversals form in a downtrend. Unless it appears in a downtrend, it is not a trend-reversal, just continuation of the existing trend.

Most bullish reversal formations require confirmation. Usually, a candle must appear in the uptrend, confirming the trend reversal indicated by the bullish candle. Confirmation candles must appear within three days of the formation of the bullish pattern.

The trend reversal pattern must conform with the other trading charts like trendlines, momentum oscillator, or volume indicators.

Bearish candlesticks appear in an uptrend, indicating a change in market sentiment from buying to selling. Traders prepare to enter a short position when they spot bearish patterns in the uptrend. Bearish candles form with real-body and upper and lower shadows. Usually, the lower shadow is longer indicating that market has fished for the lower bottom, and selling strengths were strong. The closing can be below the opening because of strong selling force.

Bearish candles are coloured red for easy identification. Like for bullish patterns, traders wait for the bearish reversal pattern to confirm before taking a position. Not all bearish patterns are equally enforcing and hence, traders must confirm a trend change with other trading charts before adjusting their position. Few things to take notes of,

Size of the real-body– Clear formation of the real-body indicates strong market sentiment and eliminate chances of retrace. It confirms bearish pull was more substantial than bullish forces and may end the buying spree.

Position of the candle– Bearish reversal candle forms in the uptrend, usually forming after a weakened bullish trend. Traders need to make sure it is a reversal signal and not a momentary reconciliation before continuation of the existing trend. Therefore, they wait for the confirmation candle to appear after the bearish pattern is formed.

Gaping formed between the bearish candle and the confirmation candle is also an important indicator, more significant the gap stronger is the trend reversal prediction.

Some popular bearish candle patterns are the following,

Doji is a set of unique candlestick patterns that are standard formation in candlestick charts. A Doji is formed when the candlestick has almost the same opening and closing values. These candles can indicate trend reversals but also associate with market indecision. Doji may imply, depending on its size of shadows, that both buying and selling forces were present in the market, but none were strong enough to give the market any direction. Hence, opening and closing are almost the same. Doji formations have unique names just like their appearances.

Formation of a Doji pattern isn’t commonplace. So when traders spot them in a trend, they wait for more revealing candles to appear or consult other technical tools for confirmation, such as Bollinger band, momentum oscillator, relative strength index, and more.

Since Doji are rare, they aren’t considered reliable to base trading decisions. A lot depends on Doji pattern, size of the wicks, and their position in the trading chart. Doji is often associated with market indecision. Hence, it is not a confirmation of whether the trend will reverse or the current trend will continue.