Oil futures and how to trade in them

Crude oil is what keeps the world economic engine growing. It is what is called a fossil fuel, formed by decaying organic matter millions of years ago and buried in the earth. Until the mid-19th century, the only source of fossil fuel was coal, until petroleum was discovered. Today, petroleum is the largest source of energy in the world, accounting for almost 40 percent of fossil energy. Although burning fossil fuel contributes to global warming, it continues to remain our primary source of energy. So much so that its popularitiy continues to increase trading in oil futures.

The leading producers of crude oil are the countries that make up the Organisation of Petroleum Exporting Countries (OPEC), whose members include Saudi Arabia, Iran, Iraq, Kuwait and Venezuela. However, fracking technology has enabled the USA to be the largest crude oil producer in the world, reducing OPEC’s impact to a certain extent. There are also other large producers like Russia, China and Canada.

Crude oil prices depend on a variety of factors and are quite volatile. Of course, the main factors are supply and demand. OPEC is an oil cartel and changes production according to how oil prices behave. It may, for example, cut production if it feels that prices are too low. Since it accounts for 60 percent of petroleum exports, OPEC has a significant effect on oil prices, and oil experts take a close look at OPEC meetings to figure out future price trends. 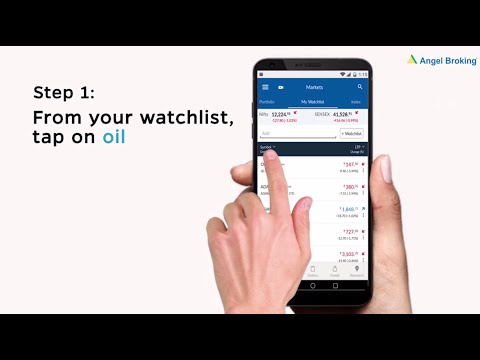 On the demand side, crude oil prices also depend on the world economic situation. For example, if there is an economic slowdown in large oil importing countries like China and India, demand will be less for crude oil. These two countries are the largest consumers of crude oil, accounting for half of the total world consumption of over 101 million barrels per day. Hence any slowdown in demand in these two countries will lead to a steep fall in oil prices. Discoveries of new oil reserves could have the same effect, increasing supply and lowering costs.

In recent years, there has been a movement away from crude oil to cleaner sources of energy because of the climate crisis and global warming. However, crude oil and natural gas between them account for over 50 percent of world energy consumption, coal another 30 percent and renewable energy under 10 percent. So it will be a while before crude oil is deposed from its lofty but dirty throne. These futures are used extensively by countries as well as large corporations to hedge against price volatility. Prices of these can be higher or lower depending on how prices are expected to move. For instance, if there’s a feeling that oil prices will rise in the future, these will be priced higher than the spot markets. Similarly, if people feel that oil prices may fall, futures prices will be lower than spot prices.

These futures are essential because large quantities are involved. Most countries are dependent on oil imports. So if oil prices rise, they have to pay considerable amounts, putting a strain on their finances. To hedge against price rises, countries rely heavily on these. Speculators too take the opportunity to make money from price movements.

Internationally, there are two benchmarks for these futures. These are North Sea Brent Crude and West Texas Intermediate (WTI). North Sea Brent is traded on the Intercontinental Exchange by countries in Europe, Africa and the Middle East, while WTI is traded in North America on the New York Mercantile Exchange or NYMEX. The two prices generally move in tandem.

How to trade crude oil futures in India? If you want to trade in these futures in India, you will have to do it on the Multi Commodity Exchange or MCX. These types of futures are favourite among many investors because margins, as well as lot sizes, are small. You may have to pay margins of under 5 percent, which means there’s scope for considerable leverage. For instance, if you want to trade in Rs 50 lakh worth, you only have to deposit Rs 2.5 lakh in margins. Plus, the crude oil market is also very liquid (in financial terms), and around Rs 10,000-15,000 crore worth of trading takes place every day. So there’s no problem with buying and selling them when you choose.

Another advantage of trading in these futures is that lot sizes are pretty small. There are two lot sizes available for these – Crude Oil and Crude Oil Mini. While the lot size for Crude Oil is 100 barrels, the Crude Oil Mini size is 10 barrels. A barrel contains 162 litres of oil. So assuming a spot price of $66 a barrel for Brent crude (this is spot price; futures prices could be higher or lower), and margin of 5 percent an ordinary investor get exposure to a Mini oil contract for just around Rs 225. The tick size is Re 1 per barrel.

However, what investors must be aware of the immense price volatility in the futures market. Prices can move up and down and are dependent on a host of unpredictable factors happening across the world.

Large oil companies dominate oil future trading in India. To name a few, you have Indian Oil Corporation, Oil & National Gas Corporation and Hindustan Petroleum Corporation Limited. But there’s no reason why a small investor cannot profit. Keeping leverage within limits is the key to successful trading for such investors.

Trading in crude oil futures is a zero-sum game, not a win-win one. If you gain, someone else loses. It all depends on perceptions about the movement of oil prices. Since this is so unpredictable, no one can say for sure which direction they will move. So no two people will have the same perception. Whether you win or not will depend on whether your hunch was right.