While the stock market has witnessed a rough couple of weeks, gold continues to be a valuable commodity, especially in India. According to reports, gold consumption in India in 2020 is expected to be around 700-800 tonnes, up from 690.4 tonnes in 2019. Furthermore, India is one of the largest consumers of gold globally along with China, with India’s annual demand equivalent to around 25 percent of the global physical demand.

The demand for jewellery in the country surges especially during the wedding and festive seasons, which usually results in an increase in its price. Although this contributes to the surge in demand — and thus the price — of gold, there are various other factors affecting gold prices throughout the country. The World Gold Council (WGC) mentioned in one of its reports that two significant factors, namely income and the gold price level, particularly influence the consumer demand over the long haul.

Some of the other gold price affecting factors include:

Inflation, or the increase in price of goods and services can have a significant impact on gold prices. Inflation usually is directly proportional to the change in gold price; that is, higher levels of inflation usually result in high gold prices due to the value of currency going down. This is because people usually prefer holding wealth in the form of gold during inflation, considering the gold value remains stable in the long run, resulting in an increase in demand. Thus, gold also acts as a hedging tool against inflation.

Interest rates and gold prices traditionally have had an inverse relationship under normal circumstances; i.e., with increasing interest rates, people usually prefer selling gold to earn higher profit. However, with a decrease in the interest rate, people prefer buying more gold, resulting in an increase in its demand, and its price.

Traditionally, gold has been viewed by Indian households as a strategic asset, while also becoming an integral part of the Indian culture. From its use during elaborate wedding ceremonies, to embellishing oneself with jewellery during important festivals like Diwali, gold holds a special place in the Indian households. Thus, during the wedding and festival seasons, the price of gold goes up, as a result of the increase in consumer demand.

A report in 2019 by the World Gold Council (WGC) estimated that as much as 25,000 tonnes of gold might have been accumulated by Indian households, making India the world’s largest holders of the precious metal.

According to reports, rural India accounts for as much as 60 percent of India’s gold consumption, while India annually consumes anywhere between 800-850 tonnes of gold. Thus, the rural demand is extremely vital to the demand for gold in the country, and the farmers depend on good crops for their earnings. Good monsoon rains spur the gold demand in the country, which results in farmers, who also account for nearly a third of the country’s gold consumption, buying gold to create assets.

The Reserve Bank of India (and central banks of most countries) holds gold reserves along with currency, and when RBI begins to buy more quantities of gold than it sells, it results in an increase in the gold price. This is due to the increase in cash flow in the market, while there is insufficient supply of gold. 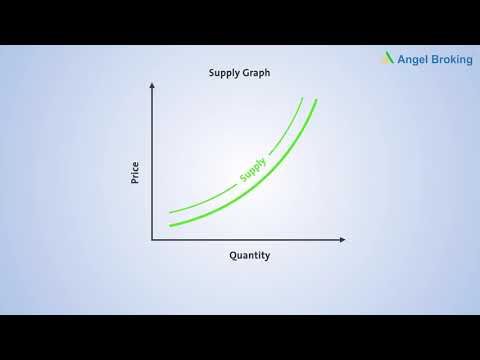 People usually prefer to invest or buy gold as an asset when there is volatility in the market. This could stem from political instability, or an economic slowdown. The value of gold remains stable in the long run, and is thus looked at as a favourable option when other assets lose their value. Furthermore, uncertainty, unlike other factors influencing gold price, isn’t a quantifiable statistic, and is more psychological.

Any movement in the price of gold globally affects its price in India, considering India is one of the largest consumers of gold. Furthermore, gold is also considered by investors as a safe haven during political uncertainty or geopolitical turmoil, resulting in an increase in its demand, and subsequently its price. While other asset classes would generally see a fall in their value during such crises, the demand for gold tends to go up, making it a crisis commodity for parking funds.

It is important to understand how the rupee-dollar equation affects the gold price in India. Considering the fact that the majority of physical gold is imported, there will be an appreciation in the price of gold in rupee terms, if the rupee weakens against the dollar. Thus, a depreciating rupee could hurt the demand for gold in India.

Gold is considered an important monetary asset, and is one of the more preferred investment options in India. Gold is also looked at as a safe haven by investors in times of uncertainty such as geopolitical upheaval or global trade wars, while there are several other gold price affecting factors, such as inflation, interest rates and the rupee-dollar equation that dictate or influence the price of gold in the country.