Rahul has just opened a demat and trading account but some of the phrases sound like Greek and Latin to him. For instance, he keeps seeing the phrase ‘settlement period’ and wonders what that’s all about. Neha, who has had an account for a while and has been an active trader is his go-to person for everything related to trading.

“Imagine you traded on a specific date, say April 2, 2020. That is your date of trade. The settlement date is the day when the trade is finalised, and a buyer makes the payment to a seller. The period between the date you traded and the date of the settlement is the settlement period,” explains Neha. “You could look at the process as a three-step method : execution of trade, clearing and settlement.”

“So, Neha, is there a specific date or pattern to this settlement date?” asks Rahul. Neha explains, “Yes, earlier, the NSE used to have a weekly cycle when the trades would be settled every Tuesday but that has changed now. Now, we have a T+2 settlement cycle. Let me give you an example: So let’s say you bought 50 shares on a specific day called T, which is April 2. Your T+2 day is April 2+2, which is April 4. On April 4, you will have to make the payment of the full amount of the value of securities you bought, to the exchange. These shares are credited to your demat account by the exchange once you make the full payment.”

Neha goes on to add, “That part is about buying shares. If you had sold shares, then your shares would have been moved out of your demat account before the T+2 day, and the sale proceeds would have been credited to your trading account.”

Rahul has another doubt. “Neha, but what happens when a transaction is carried out on a Friday?” “Simple! In that case, because Saturdays and Sundays are not working days, it will be settled on Tuesday,” she points out.

“I remember coming across something called rolling settlement. What does that mean?” asks Rahul.

“Rolling settlement is also called normal settlement. It is what we talked about when I explained settlement cycles in equity trades. It is essentially the T+2 settlement I spoke to you about. In the trade-to-trade settlement, shares are traded purely for delivery.”

“One more question!” Rahul interrupts. “What happens when a seller cannot deliver the shares by T+2?” “Good question, Rahul. When the seller can’t deliver shares, the exchange comes up with an auction to buy the same via auctions so they can be delivered to the buyer. 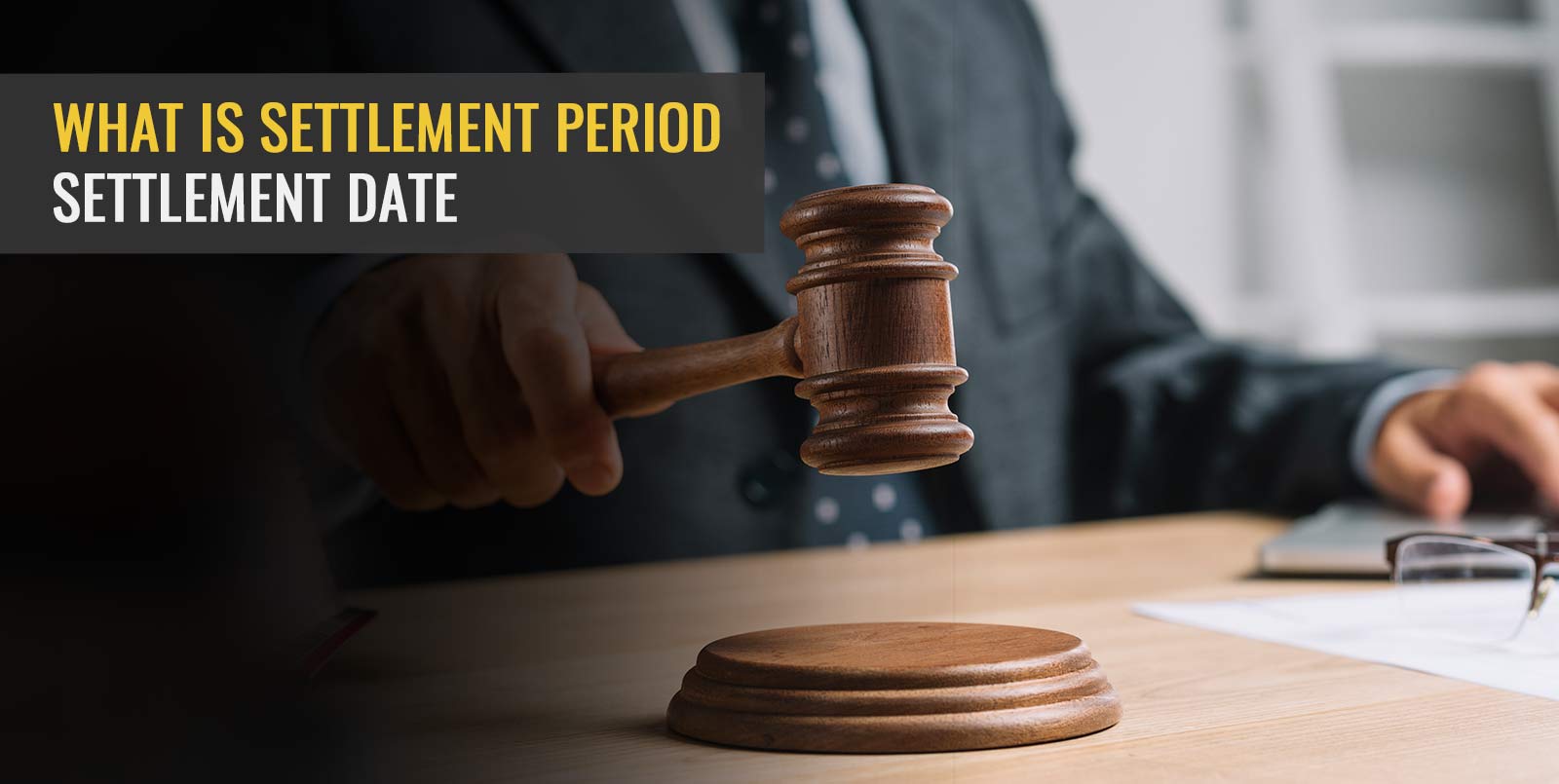 Settlement in the commodity market

“Fine, all this was about equity trades,” says Rahul and pauses. “I think you are wondering what happens in the case of derivatives, currency or commodity market?” Neha asks. She goes on to explain, “In the commodity market, futures are settled on mark-to-mark (MTM) basis everyday. In the case of options, final settlement amounts are either credited or debited on a T+1 basis.” “T+1, as you would have understood, is transaction date +1,” Neha adds.

A recap of the settlement cycle

“Just so you get a clear picture of what the settlement period means, I will recap the process for you, Rahul,” Neha says.

“So, if you have a demat and trading account, and you buy X number of shares of A company on April 2. The day you make this transaction is called the trade date, also known in trading terminology as T day. Your broker debits the amount for which you have bought with some charges. You also get a contract note on this day which details the transaction you have made.

“Thanks, Neha! That gave me a good picture of the settlement process,” Rahul says.

“Rahul, now that you have a demat and trading account, I think you should be able to get a more hands-on experience. The best part is, thanks to a seamless interface, you can trade from anywhere, on your smart device. You also gain access to tips, advisories and research so you can make an informed choice about investing and trading. There’s nothing like starting to trade so you get a first-hand experience of the settlement cycle,” Neha concludes. Rahul couldn’t agree more.