If you use social media, you might have come across a meme. To define, a meme is an idea, behavior, or style that spreads amongst a mass audience through online sharing. Memes have gained immense popularity in the recent past and have become a part of our everyday lives. Their growing popularity led people to even name an investing theme after them, known as Meme Stocks. But what are meme stocks, and how do they work? Read on to know.

What are meme stocks?

Those stocks that gain popularity through discussions on community forums or/and social media platforms are known as Meme Stocks. The prices of these stocks skyrocket because of a sudden increase in popularity or awareness on social media. These short-term surges are likely to reverse quickly, thus, making them more volatile as compared to other stocks. The most common characteristics of meme stocks are:

Online investing communities like WallStreetBet, StockTwits, Moneycontrol Forum, TraderJi, and ValuePickr Forum & discount brokers are the 2 main contributing factors in the birth of the meme stock trend. This is because discount brokers have opened the stock market and facilitated trading to the wider public, while online communities create or reflect the attitude of investors and sentiment of the market. 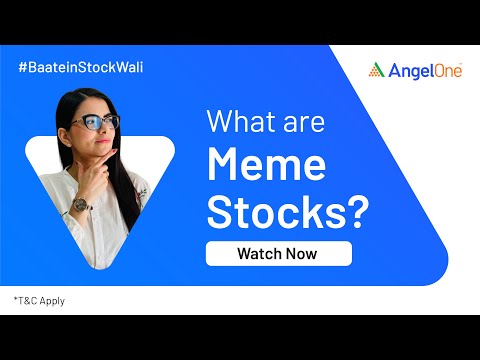 A few of the common examples of meme stocks are mentioned below.

In August 2020, Roaring Kitty, the YouTube personality, posted a video explaining why shares of GameStop Corp. could soar in the near future. A few days later, Ryan Cohen, the former CEO of Chewy.com and investor, purchased undisclosed quantities of shares from the open market. The news went public that he owns 10% of the shares in the company, and when he joined the board, the stocks jumped 8 times. On 27th January 2021, GameStop’s price rose to $347.51 from $76.79 on 25th January 2021 and reached a high of $483 on 28th January 2021 before falling back. (Source: Investopedia and NASDAQ)

Around January 2021, a bullish report from an analyst went viral on investing communities like Reddit, claiming Nokia to be undervalued compared to its rival Ericsson. What followed was a large number of investors began promoting Nokia on Reddit’s popular trading forum, WallStreetBets, which led to a 38.5% jump in Nokia’s share price in a single day. However, the jump didn’t last long and within days the stock crashed by 29%. (Source: NASDAQ)

Due to the COVID-19 pandemic, around January 2021, AMC was nearing bankruptcy which led to its shares hitting an all-time low of $1.91. On 25 January 2021, AMC announced raising new capital by refinancing its European revolving credit facility. This news went viral on Reddit’s WallStreetBets, and retail investors rallied together against short sellers. During this period, AMC stocks immediately rose and surged over 300%. (Source: Corporate Finance)

A well-known, high-profile investor bought a 1.1% stake in the Indore-based Simran Farms; it grabbed the attention of retail investors. Once the news went viral, the shares of the company rose by around 44%. (Source: Economic Times)

Disclaimer: The securities quotes are exemplary and are not recommendatory.

Apart from the above, Indian examples of Meme Stocks include IRCTC and ITC.

On the basis of investors’ preferences and how they invest, the meme stock cycle comprises 4 phases. 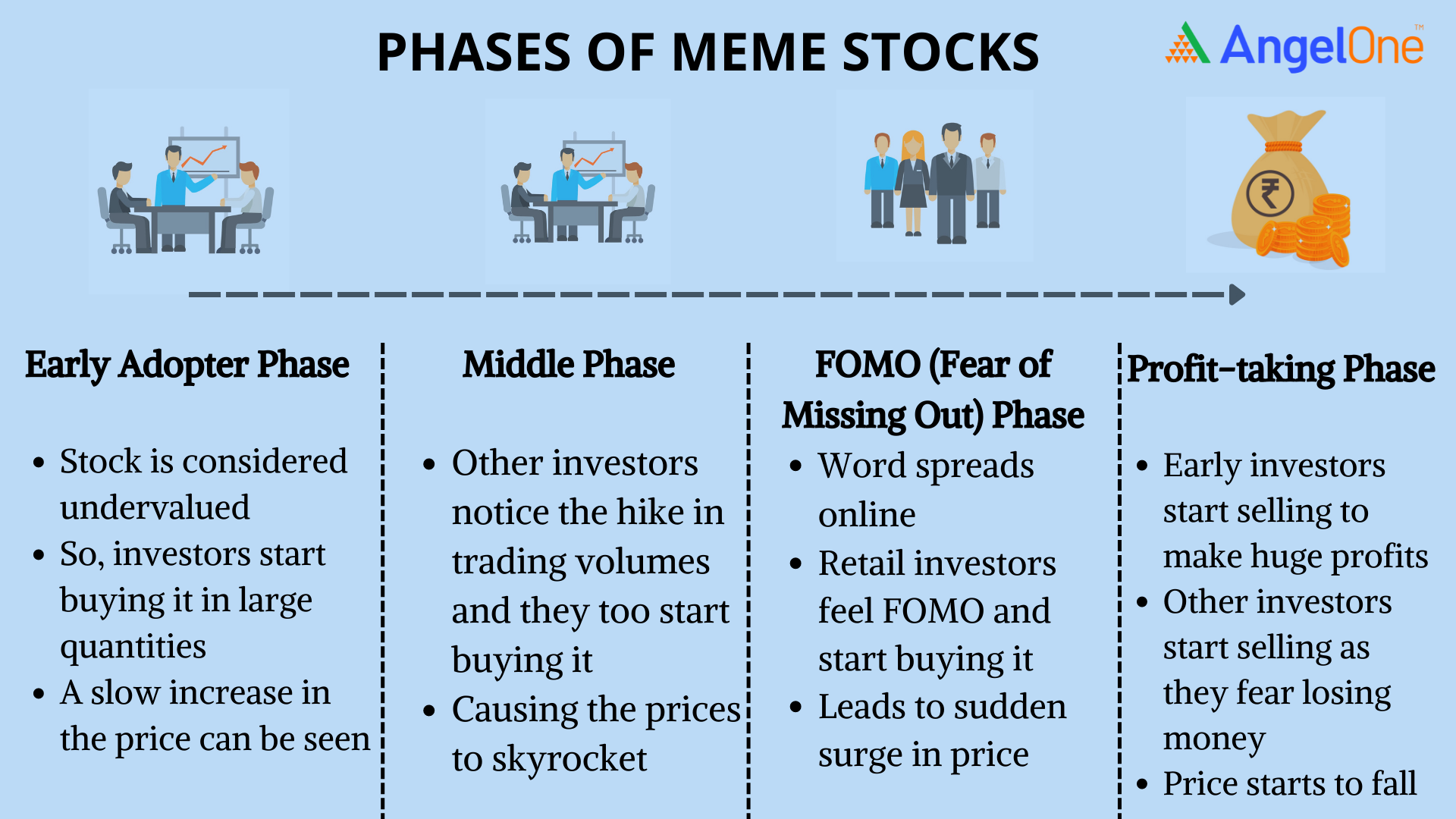 Advantages and disadvantages of meme stocks

Meme stocks are securities that have seen an increase in trading volume and a sudden surge in price because of going viral on social media. Now that we have seen and understood the phases of the meme stock cycle, it is safe to say that few investors start buying the stock when it is undervalued and other investors follow the herd; eventually, retail participation increases which lead to the sudden hike in stock prices. However, as a vigilant investor, you shouldn’t fall for the hype and must be able to differentiate between what is deserved hype and what is underserved hype. You must do thorough research about the company, like its fundamentals, past performance, future prospects, vision, and more, as you invest your hard-earned money before making any investment decision.