That India is a vastly populated country, is no hidden secret. It comprises of 1/7th of the global population. With a population of over 1.2 billion people, the health care industry of India is faced with the challenge of providing citizens with adequate resources – be it hospitals for treatment, or medicine production. Indeed the health care and pharma sectors are tasked with ensuring that people get access to the necessary resources. Today, the Indian Health care industry is doing some groundbreaking work. India is among the few countries that have accelerated the efforts in formulating a vaccine to fight the novel coronavirus. As such, it may be time for investors to look at the pharma sector with fresh eyes, and to consider the most of investment opportunities in the Indian Pharma Industry. Here’s an Indian pharmaceutical industry overview article in which we shall also look at the investment opportunities in the Pharma Sector.

Growth of the Pharmaceutical Industry of India

In the year 1969, the global pharma sector had captured a market share of 95 per cent with Indian pharmaceuticals occupying only 5 per cent of the share in the domestic market. Sixty years later, in 2019, the domestic pharma market turnover of India reached over Rs. 1.4 lakh crores or $20.03 billion, as per Government records.

India’s domestic pharma market turnover reached Rs 1.4 lakh crores, which is equivalent to $ 20.03 billion in 2019, recording a growth of 9.8 per cent (or an increase of 1.29 lakh crores) from the year 2018. By 2020, the 5 per cent share in the domestic market has grown to 85 per cent share in the global market. The growth of the Indian pharmaceutical industry is thus apparent from these figures. It is no wonder that more and more investors are opting to make the most of the investment opportunities provided by the pharma sector.

Indian Pharmaceutical Industry Overview – The Factors That Contributed to its Evolution

With the introduction of the Patent Bill in 1970, the Indian pharma industry took its first steps to reduce its reliance on the U.S. Intellectual Property laws, further leading to domestic production of medicines. In 1995, Indian entered into WTO, which brought with it several changes, including price control and trade restrictions. While this was a road-block, the country’s pharma sector had bounced back by the late 1990s and early 2000s primarily due to investments into domestic Research and Development infrastructure. The Ministry of Health & Family Welfare played a crucial role in institutionalizing standards, norms and practices for a fully functional Research and Development wing. This, in turn, aided the growth of the pharmaceutical industry, enabling pharma companies to produce good quality drugs at relatively lower costs.

Other factors that contributed to the evolution of the Indian pharma industry include low cost of labour and the development of the National List of Essential Medicines or NLEM. By mid-2016, the NLEM has brought in over 10 per cent of the medical sector under price control, which was followed by severe price cuts on antibiotics, blood pressure drugs, diabetes drugs, cancer drugs, and so on. Under the National Pharmaceutical Pricing Policy Act of 2012, the practice of setting a ceiling price on certain medications is also established.

Indian Pharma and the Role of the U.S. FDA

– The performance of Nifty and Sensex in the time-line mentioned above is 12.28 per cent and 12.72 per cent, respectively.

– Stocks and mutual funds of the pharma sector have performed better than most other during the coronavirus pandemic.

– The pharma industry’s effort to curb the virus and produce a Covid vaccine has led to increased investor confidence, generating demand for securities in the pharmaceutical sector.

– As per a report by Value Research, the pharma industry has returned approximately 51% in equity funds, since January 2020. 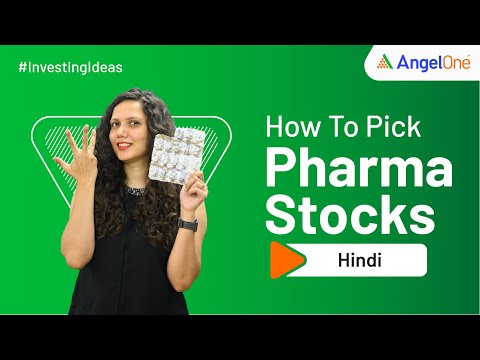 Several factors have contributed to the growth of the pharmaceutical industry of India. The most prominent ones include the infrastructure of the Research and Development wing, with Indian pharmaceutical companies spending roughly 2 to 10 per cent of their revenue on R and D. The Indian R and D sector has received global appreciation due to its cost-effectiveness. Other factors like US FDA compliance, low cost of production, low cost of labour and a vast workforce, along with up-scaled medical and digital technology have also played critical roles in the growth of the pharmaceutical industry.

That said, the pharma Industry also has to brace for several challenges. Illnesses and viruses like Zika, Ebola, Coronavirus and so on, which were unheard of just a decade ago, have become commonplace. Covid-19, for instance, became common knowledge in December 2019, and companies are still in the process of developing a cure. As such, new illnesses are a huge challenge for the pharmaceutical industry. Inflation is another factor that can serve as an obstacle in the pharmaceutical industry, and there is an imminent need to curb costs and make medical facilities available to everyone in need.  Finally, the medical infrastructure in the country needs to be of better quality– be it hospices, clinics, laboratories, pharmacies, and machines, and so on.

Final Note: As is apparent from this article on the Indian pharmaceutical industry overview, the Indian Pharmaceutical industry is indeed driven by growth and opportunities. Now is a good time to invest in pharma stocks and funds and book profits. By investing, you would also be supporting the efforts of companies in the pharmaceutical sector to develop cures and vaccines. But don’t base your investments on emotions. Check the past performance of securities in the sector before investing.