When individuals decide to invest in equity or dive into forex trading, they may see a potential for high returns in situations that require more start up capital than they possess. In such cases, they may choose to borrow money from a broker or other entity in order to gain enough capital for their investment plan. The broker in turn, may ask for some assurance that the investor will be able to pay back the borrowed sum with interest in case the trade goes south.

The sum invested by you, including the collateral provided, are referred to as the margin and this practice generates a degree of trading power referred to as leverage. Margin trading can be used to generate leverage which has the ability to amplify both profits and losses.

While they may seem fairly alike at first, there are a number of ways to differentiate between them when comparing the concepts of margin vs leverage.

1.1. Margin trading is the practice of using assets owned by an individual as collateral for soliciting a loan from a broker. The loan received is used carrying out trades.

1.2. Margins can generally be defined as the difference between the total value of securities lying in an individual’s margin account and the loan amount solicited from a broker in carrying out the trade.

1.3. Buying on margin necessitates opening a margin account with a certain sum as an initial investment/ This sum acts as the collateral and is referred to as the minimum margin.

1.4. The sum you invest in the trade and the amount of money that has to be kept in the margin account as collateral while trading are referred to as the initial and maintenance margins respectively.

1.5.  If the sum in the account falls below this value, the broker will force you to either deposit more money, pay back the loan using the remaining funds or liquidate your investment in a practice referred to as a margin call.

2.1. It is the practice of using borrowed capital to carry out an endeavour in order to amplify its potential returns.

2.2. This practice is employed by both investors and corporations to serve different ends. While investors leverage trades in order to increase their returns through options, futures or margin accounts, companies use it to finance assets through debt financing in order to invest in their operations, increase equity valuations and avoid having to issue new stock. 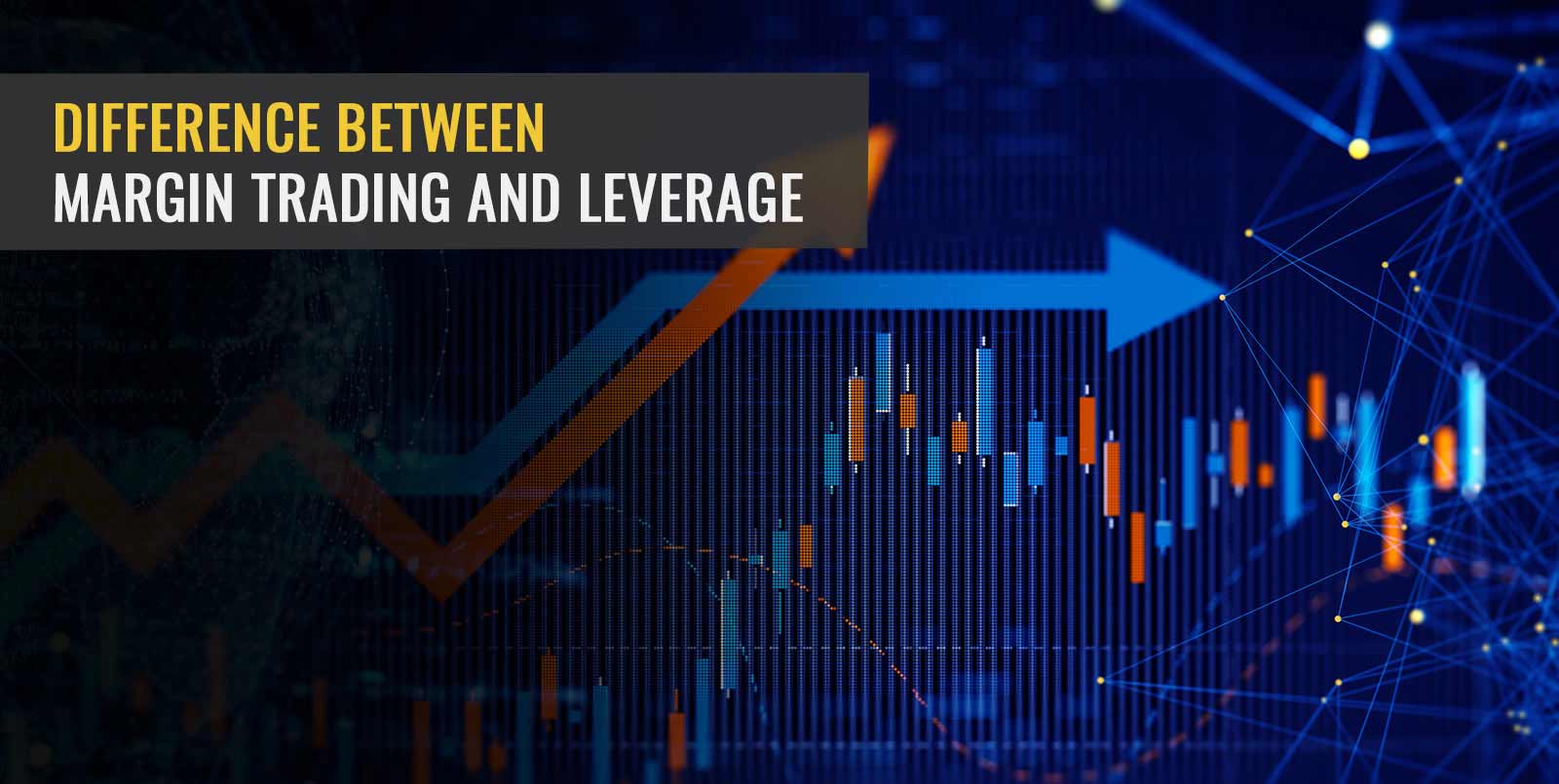 3. Difference Between Margin Trading And Leverage:

3.1. With respect to their varying definitions in different contexts such as equity or forex trading, the main point of difference between margin trading and leverage lies in the fact that leverage is most often used to indicate the degree of buying power afforded by taking on debt.

3.2. Another  important difference between margin and leverage lies in the fact that while both practices involve borrowing, margin trading involves the use of collateral present in your margin account as a means of borrowing money from a broker which has to be paid back with interest.

Margin accounts are commonly used to generate leverage by experienced traders in the securities and forex market. However, novice traders should be warned against employing leveraging strategies without a concrete understanding of how markets move, as they risk losses higher than those they would have encountered if their investments had not been leveraged. The two concepts are closely interrelated and while it may be initially difficult for some to spot the difference between margin and leverage, their manner of application, the context in which they are applied as well as the restrictions involved in utilizing them are the main points of differentiation when comparing margin vs leverage.

What is a Trading Halt

Make the most of Angel One’s Research

Must use financial tools: Calculators

What is Currency Appreciation & What Causes it?

What is Valuation and How to Use it to Pick Stocks?