The government needs money to function and taxes are one of the most important sources of the government’s income. The government levies taxes on various items ranging from consumer goods and electronics to fuel and liquor. Every individual earning above a certain limit has to pay income tax. But what is income tax? What is the difference between Income Tax and the Goods and Services Tax? It is important to have the knowledge of the types of taxes of India. For instance, income tax is a direct tax, while GST is an indirect tax. To understand the difference between direct and indirect taxes, it is important to know both of them.

What is a direct tax?

Direct taxes are the taxes that are paid to the authority that imposes it without any intermediary. These taxes cannot be transferred to any other entity and have to be paid directly. The Central Board of Direct Taxes under the Department of Revenue is responsible for direct taxes in India. It administers the collection of direct taxes and provides crucial inputs to the government.

Income tax: It is the tax imposed on the income of an individual in a financial year. The quantum of the tax depends on the income tax slab of the taxpayer. The government provides a number of tax incentives to individual employees.

What is indirect tax?

The differences between direct and indirect taxes are easily distinguishable. While direct tax is levied on income, indirect tax is imposed on goods and services and are paid through an intermediary. The Central Board of Indirect Taxes and Customs is tasked with monitoring indirect taxes.

The Goods and Services Tax (GST) is one of the most common indirect taxes. When it was rolled out in 2017, it had subsumed over 17 indirect taxes such as service tax, central excise tax and state’s value-added tax. The GST council decides the rates at which different products and services are taxed. 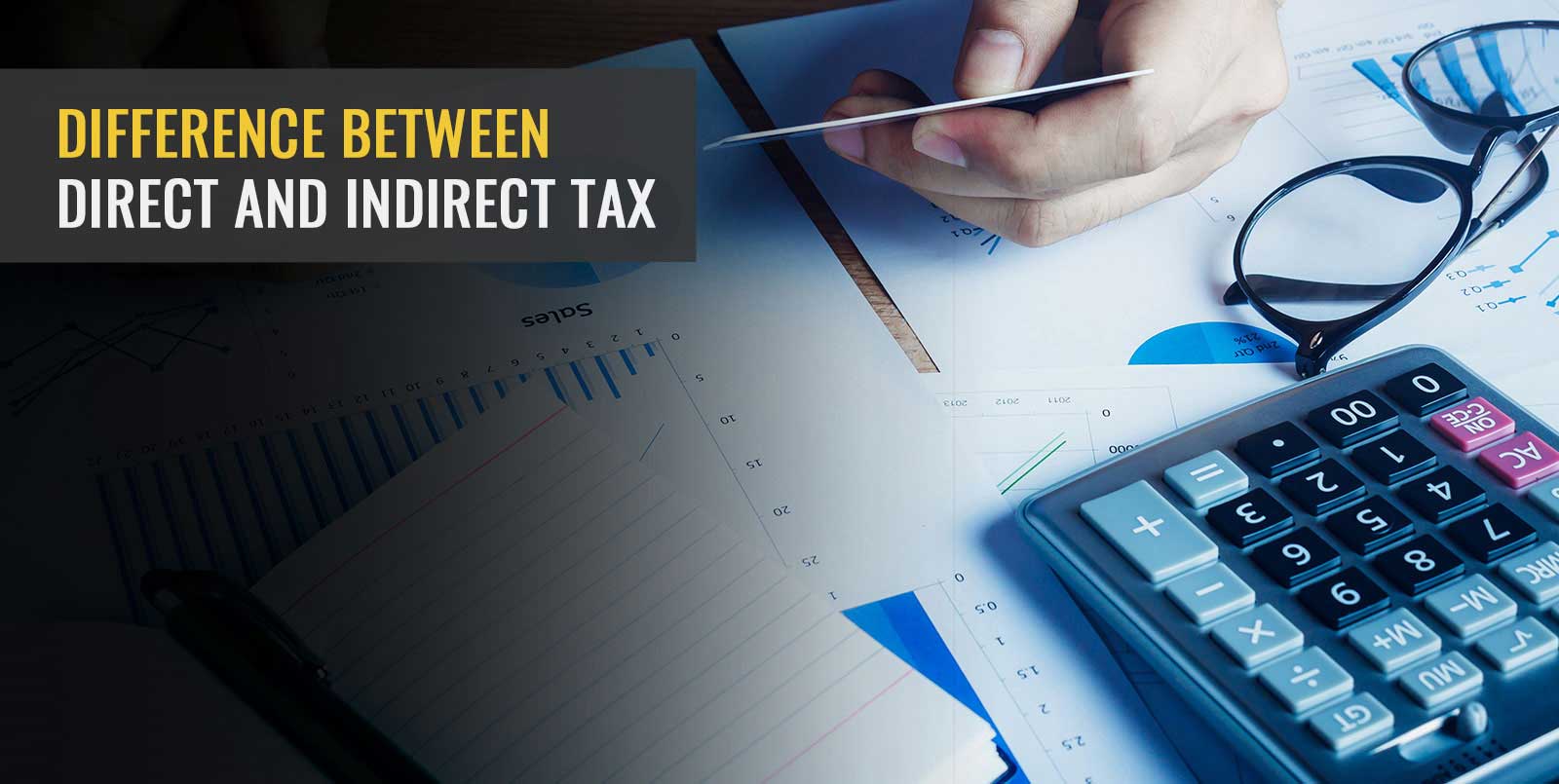 There are several major points that distinguish between direct and indirect tax.

Imposition: Direct tax is imposed on income and profits, while indirect tax is levied on goods and services.

Taxpayer: The individuals, companies and other taxable entities pay direct taxes, while indirect taxes are paid by the end-consumer.

Coverage: The coverage of direct taxes is not widespread as only an individual or entity earning above a certain limit is liable to pay direct taxes. On the other hand, indirect taxes have relatively larger coverage as they are uniformly imposed.

Nature: Direct tax is a progressive tax since it is imposed as per the income of an individual and not uniformly. A higher share of the burden of direct taxes is shared by affluent people. Indirect taxes are regressive in nature as everyone has to pay them irrespective of their income.

Both direct and indirect taxes are a crucial source of income for the government. In the long run, taxation has tended to decrease, giving more room for businesses and individuals to invest into the economy.