Burger King is the India's fastest growing quick service restaurant chains. It is the second largest fast food burger brand with having 216 Burger-King restaurants and 8 Sub-Franchised Burger King restaurants. It has an exclusive right to establish, develop, and operate Burger King branded restaurants in India. It aims to cater to the Indian tastes and preferences through adding new food offerings to its product portfolio. Company establishes its branches in high traffic areas in key metropolitan areas and cities across the country.

Burger King IPO description – Burger King is one of the fastest growing international QSR (Quick Service Restaurant) chains in India during the first five years of our operations based on number of restaurants. As the national master franchisee of the BURGER KING® brand in India, it has exclusive rights to develop, establish, operate and franchise Burger King branded restaurants in India.
Since opening its first restaurant in November 2014, the company has used its well defined restaurant roll out and development process with the aim of growing quickly, consistently and efficiently into a pan-India QSR chain and capitalising on the growing market opportunity in India for QSR restaurants. As at 30 June 2019, it had 202 restaurants, including seven Sub-Franchised Burger King Restaurants, across 16 states and union territories and 47 cities across India. The company builds its restaurant network using a cluster approach and penetration strategy. It launches its brand from flagship locations in high traffic and high visibility locations in key metropolitan areas and cities across India and then develops new restaurants within that cluster. This approach helps it to efficiently manage its vertically managed and scalable supply chain and drive down costs.

About the Burger King Company:

The globally recognised Burger King brand was founded in 1954 in the United States and is owned by Burger King Corporation, a subsidiary of Restaurant Brands International Inc., which holds a portfolio of fast food brands that are recognized around the world that include the BURGER KING®, POPEYES® and TIM HORTONS® brands.
The Burger King brand is the second largest fast food burger brand globally as measured by the total number of restaurants, with a global network of over 18,000 restaurants in more than 100 countries and U.S. territories as at June 30, 2019.


The BURGER KING® brand is the second largest fast food burger brand globally as measured by the total number of restaurants, with a global network of over 18,000 restaurants in more than 100 countries and U.S. territories as at June 30, 2019.
Under the Master Franchise and Development Agreement, our Company has been granted the exclusive right to develop, establish and operate and franchise the Burger King restaurants in India.
Since opening of the first Burger King restaurants in India in November 2014, our Company has grown to a pan-India QSR chain with 202 restaurants, including seven sub-franchised restaurants, across 16 states and union territories and 47 cities across India as at June 30, 2019.
Further, under the Master Franchise and Development Agreement, Company is required to develop and open at least 700 restaurants by December 31, 2025.
Company’s master franchisee arrangement, which expires on December 31, 2039, provides us with the ability to use Burger King’s globally recognised brand name to grow our business in India, while leveraging the technical, marketing and operational expertise associated with the global Burger King.
Company also enjoys favourable royalty rates that are capped at 5% under the master franchisee arrangement.

Report from our researchers 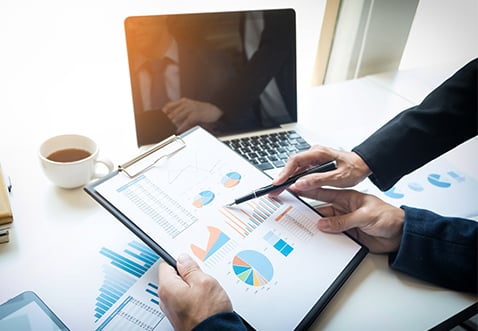 Our internal team of experts coalesces industry insight to prepare a thorough investigative report to give you a detailed understanding of the market. These reports are meticulously prepared to explain to you each and every step the market takes so that you always remain at the top of your investment game.

How to apply for Burger King India Limited IPO :

- If you are already a client of Angel One, apply directly for Burger King India Limited IPO, click here.

- If you’re a new investor Open DEMAT Account for free with Angel One and build wealth with the best stock choices. Join our 1 million+ family of happy customers.

IPO is a process of releasing company shares to general investors. With the issuance of IPO, a company becomes a publicly-traded company and gets listed in the stock exchanges.

What is Burger King IPO?

Burger King, a quick-service restaurant chain in India and subsidiary of the US brand, will launch initial public offering shares to raise a fund of Rs 810 crores from the market. The issue will contain both fresh scrips and offer for sales shares from the promoter company, QSR Asia Pte. Ltd.

How to apply in Burger King IPO through Angel One?

Existing clients of Angel One can log in to their user portal to find the list of all available IPO offers. From the list, select Burger King IPO and advance to make payment for the bid. You will have to use UPI payment gateway to make the payment.

When will Burger King IPO open?

The Burger King IPO offer will open on December 2. The bidding window will remain open till December 4.

What is the lot size of Burger King IPO?

Investors will have to bid for a minimum of 250 equity shares and can increase their bid size by adding more lots in the multiple of 250.

How to apply for Burger King IPO?

You can apply through a reputed broker or your bank using net banking facility. You will need a Demat account to receive the shares.

The finalisation of basis of allotment will happen on December 9.

A tentative listing date for Burger King IPO is December 14. Before that, finalisation of allotment will happen on December 9 and refund initiation on December 10.

How to pay for Burger King IPO using UPI?

While applying through your broker, you will need to make the payment for the bid using UPI handle. To make UPI payment, register with Bheem or Google Pay. At the final stage of placing the bid, you will have to enter your UPI handle to make payment. You will receive a payment request on Bheem or Google Pay and need to approve it to complete the process.

How will I receive the Burger King IPOs?

The finalisation of IPO allotment will happen on December 9, and after that, you can check IPO allotment status on the registrar’s website. If you receive Burger King IPOs, it will get credited to your Demat account directly.
Burger King’s financial performance:

How to apply for Burger King India Limited IPO

Invest in IPO
on the same day

Get maximum subscription along with highest leverage with us. This makes sure you make the most of your trading day.

Get help wherever you are with our centralized help desk & Pan India presence.Stay connected through Live Chat and SMS.