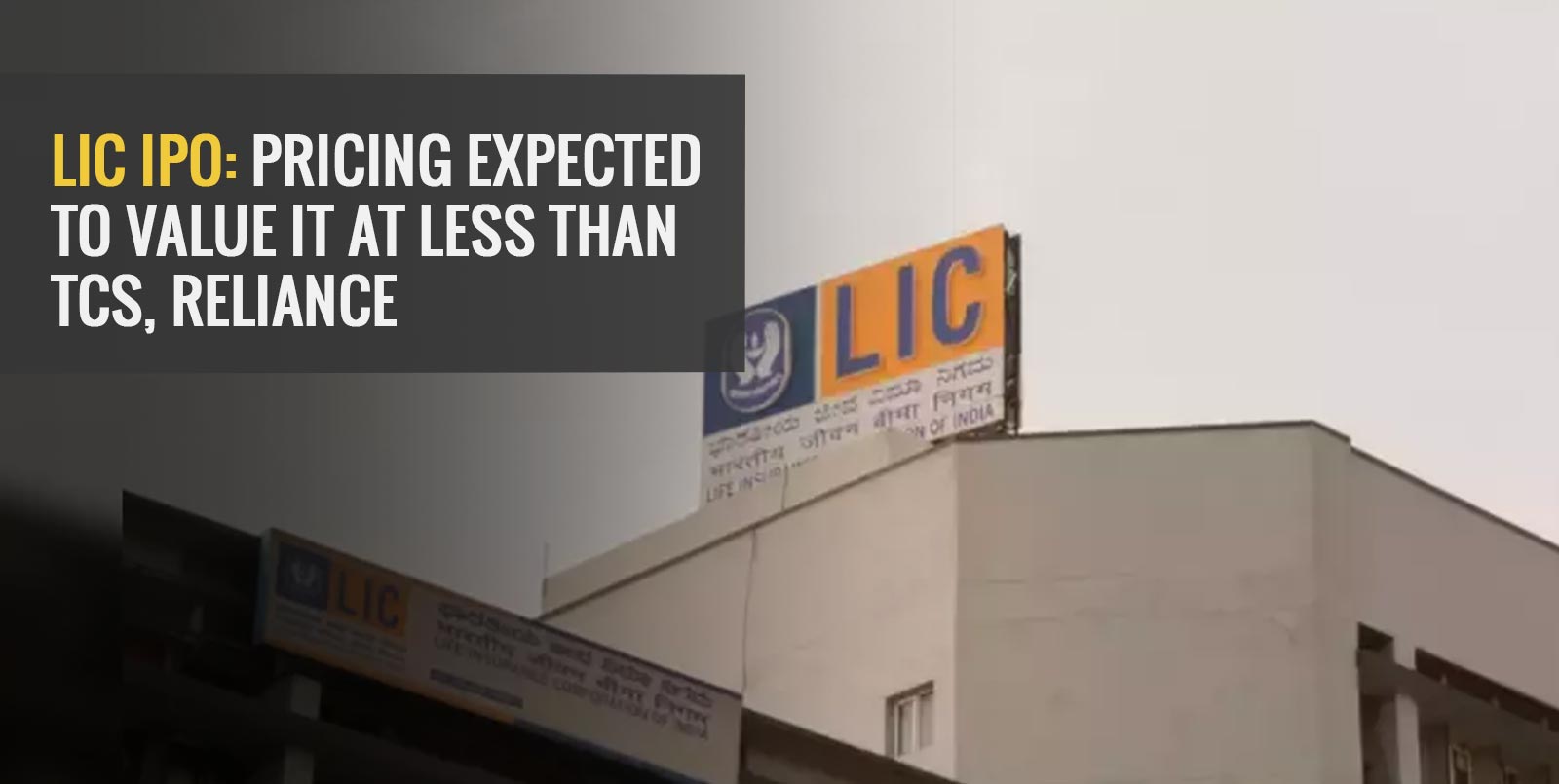 Even though the valuation is supposed to be in lakh crore rupees, it will still stay in single digits. This will place LIC below companies like TCS and Reliance Industries. However, even after this conservative valuation, the life insurance provider’s public issue will still be significant in the country.

LIC has decided to issue the shares at a discounted price to its customers to uplift policyholders participating in the public offering. The firm is interested in increasing the participation of policyholders as it will lead towards a shift in the surplus distribution in the coming years.

As of now, the company distributes 5% of its surplus to existing shareholders. Meanwhile, companies can allocate 10% of their surplus to shareholders and the rest to policyholders.

Regarding this, conservative pricing would give contentment to retail investors.

Falling below RIL and TCS, LIC will most likely maintain the third spot in the list of top companies in terms of market cap.

Milliman, which is an actuarial firm, has submitted a report regarding LIC’s embedded value. The embedded value will be the basis of pricing.

As per sources from the insurance industry, a comparison between LIC’s AUM and its competitors will be disproportionate. This is because a massive part of the company’s fund showcases guaranteed return plans, employees’ superannuation funds, and group insurance funds. As a result, business margins in these companies are shallow.

About LIC and its IPO

Life Insurance Corporation of India is an insurance provider firm owned by the Government of India. It is the only insurance company in the country with a network in both urban and rural areas. At present, it operates through 113 divisional and 8 zonal offices.

The Government of India has been long planning to launch LIC’s IPO as its disinvestment endeavour. The primary objectives of this public issue are:

LIC’s IPO is likely to be a substantial one in India. Further, the price band for this IPO could be anywhere between Rs. 400 and Rs. 600.

Previously, there were plans to launch this IPO by 2021’s quarter’s end. However, the tentative dates are yet to be disclosed.

Previously, LIC put in utmost support for public sector units like New India Assurance and General Insurance Corporation when the Government issued ambitious pricing for these sectors. However, this issue’s success will depend entirely on market demand in recent times.