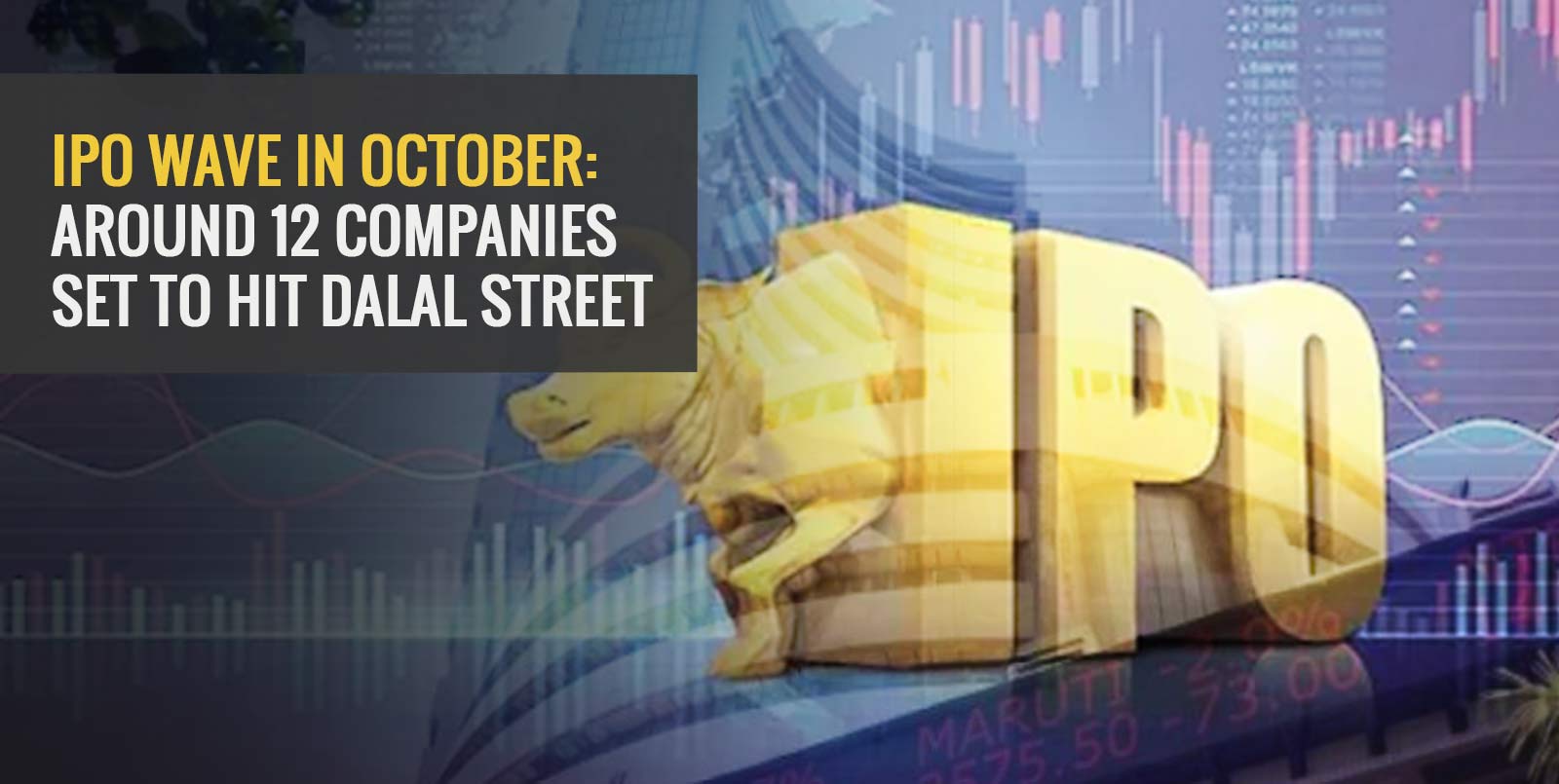 Initial Public Offerings worth Rs. 20,000 crores are planning to be launched in October due to ample liquidity and favourable secondary market conditions. Resultantly, the primary market will stay pretty occupied during the month of October 2021.

The number of IPOs to float in 2022 is huge. Moreover, the fundraising from such IPOs could exceed the 1 lakh crores mark, provided LIC also enters Dalal Street.

Around 12 companies are preparing for IPOs in October!

Let us find out more about them.

Around 12 companies are gearing up for IPOs in the month of October. They include firms like Nykaa, Fincare Small Finance Bank, Ixigo, Star Health and Allied Insurance, Mobikwik and many more.

Altogether, these companies expect to raise as much as Rs. 27,700 crores.

Typically, a firm is required to launch its IPO within one year of receiving a nod from the market regulator. With this huge IPO flurry, equity research analyst at Angel One expects an action-packed October from the IPO sentiment.

Elevated Tech IPOs All Set to Rule the Market

Recent reports have found that tech start-ups in India have generated as much as Rs. 15,000 crores over the previous 18 months through their IPOs. In addition, around Rs. 30,000 crores IPOs are currently lined up for a launch, as per SEBI chairperson.

Here are a few key highlights about some big tech firms in the IPO scenario:

Since then, even more new-age firms are eyeing the IPO route, including lifestyle and cosmetic companies like Nykaa.

Interestingly, several such companies are also unicorns. The first unicorn to go public was Zomato, which launched its IPO in July 2021. Reports state that around 17-18 more unicorns will take the IPO route in the coming 18 to 24 months. They will raise a whopping amount of around $12 billion.

One of the primary reasons for this boost in the IPO of tech start-ups is SEBI’s softened compliance requirements. Further, it has also permitted the cutting down of requirements concerning disclosures during an IPO.

Moreover, since several IPOs are being launched at a greater valuation band, investors must be more observant. Looking at a company’s valuation and comparing it with its peers could help investors make an informed decision.

Unicorns are start-ups that have a valuation of over $1 billion.

Around 35 companies will hit the primary market between October and December.

As many as 25 companies saw stock listings on the exchanges in FY22.

LIC will likely file its DRHP with SEBI in November. It is expected to be launched in the current fiscal year.