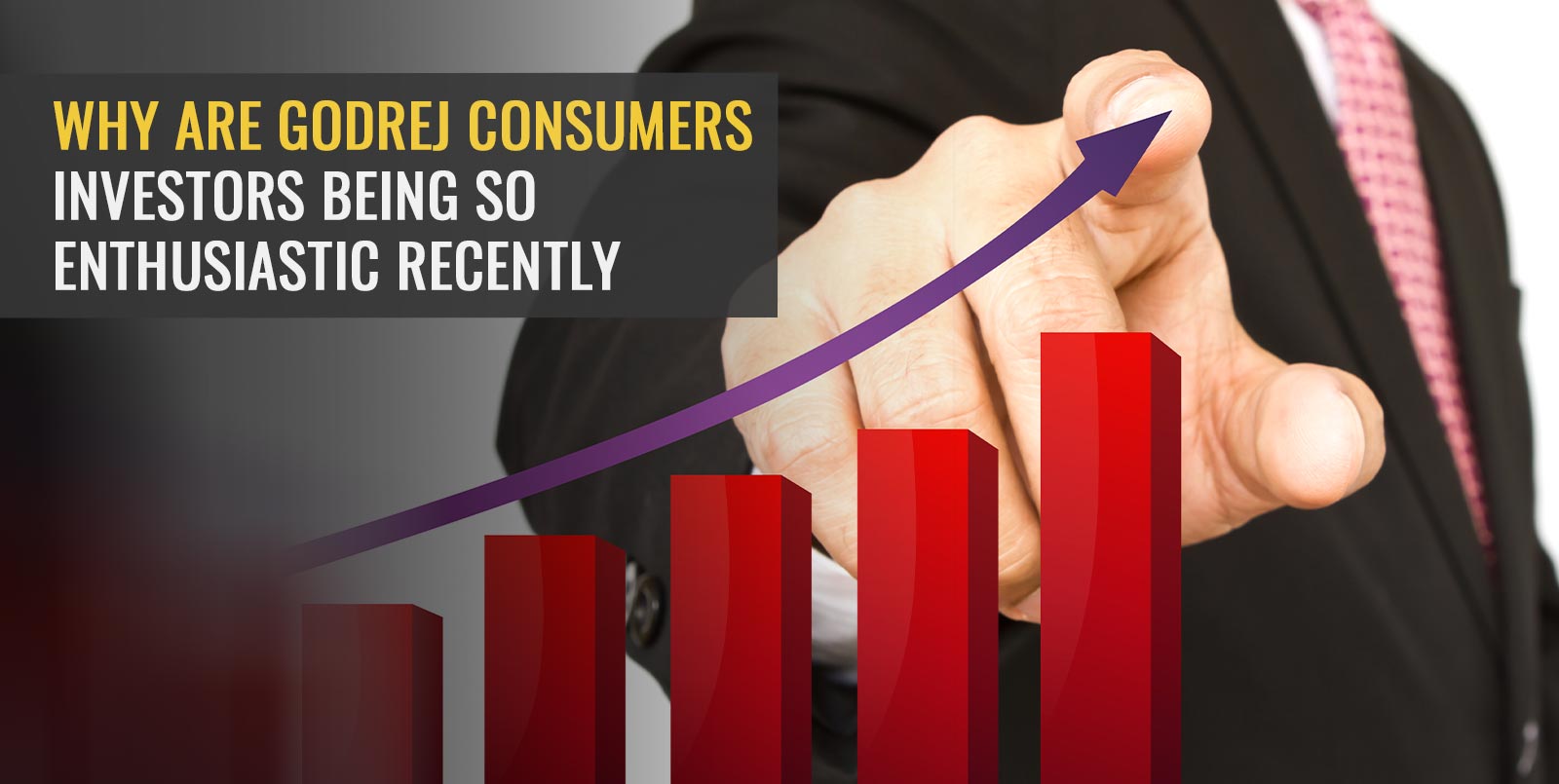 Thanks to a shift in leadership, investors and traders trading in the shares of Godrej Consumer Products Ltd has been filled with optimism. Sudhir Sitapati will be appointed managing director and chief executive officer of the company on October 18 for a five-year term. Sitapati’s rich experience of more than two decades at industry leader Hindustan Unilever Ltd, where he most recently served as executive director overseeing the foods and refreshment market, has impressed investors.

After the announcement, Godrej Consumer’s stock has risen by more than 21%. This is in stark contrast to the firm’s announcement in June 2020 of a leadership change, with Nisaba Godrej, a promoter group member, taking over as managing director. At the time, Godrej Consumer’s stock had dropped 8% in just three trading sessions. Investors are concerned about too much power concentration when a promoter party often occupies the CEO’s office.

As a result, Sitapati’s appointment is a welcome relief. Furthermore, in the FMCG sector, there have been a number of cases where management changes have resulted in certain companies’ fortunes being reversed. While there are several unknowns, the history of CEO changes at Britannia Industries, Jubilant Foodworks, Hindustan Unilever, and Dabur India suggests that a new leader could usher in a paradigm shift, resulting in significant shareholder value. Godrej Consumer has underperformed most peers in recent years, but that could change as the new CEO implements a new strategy that may require some difficult decisions.

The firm’s sales grew at an annual average rate of just 2% between fiscal 2017 and fiscal 2020, according to data compiled by the broker, much less than the 6-8 percent growth experienced by other domestic consumer goods companies.

After holding a ‘neutral’ rating for over a decade, analysts at Motilal Oswal Financial Services Ltd upgraded the stock to a ‘buy’ rating. In a note to clients dated May 12, analysts at Motilal Oswal said, “If Mr Sitapati is able to strongly develop the domestic business and usher in better capital allocation, the effect on Godrej Consumer’s prospects can be immense.”

The new development marks the transition from a promoter-run organisation to one headed by a professional. According to studies, separating ownership and management aids companies in efficient capital allocation and thus attracts higher valuations.

Why Was The Share Under Pressure For Many Years?

For quite some time, Godrej Consumer Products Ltd (GCPL) has been underperforming broader indices. “We remain cautious, as we believe two of GCPL’s three core growth drivers are still not out of the woods and can moderate earnings,” analysts at Nomura Financial Advisory and Securities (India) Pvt. Ltd wrote in a report dated March 19. “This has the potential to outweigh any gains achieved in other industries, so a lack of margin of safety cannot be overlooked.”

With a consolidated net profit of 502 crores, GCPL’s FY21 Q3 earnings were almost in line with Street expectations. Sales in Indonesia were slow, but the African company had done well. As a result, JM Financial Institutional Securities Ltd analysts said, “India household insecticides growth remained tepid and were the other disappointment from the result—the illegal incense sticks menace has not entirely gone away, it seems; this caused GCPL’s success to lag its domestic peers including Marico and Dabur India.”

Nisaba Godrej, the company’s current chairperson and managing director, will continue to serve as executive chairperson, according to the company. Adi Godrej, chairman emeritus of Godrej Consumer, has a daughter named Nisaba. Godrej Consumer has consistently underperformed peers in terms of sales and profit growth in recent years, even before the promoter group took over as managing director last year. Even though the Nifty FMCG index has risen by 20% in the last three years, Godrej Consumer’s stock has remained flat during that period, prior to the announcement of the new CEO.

The stock’s surge on Wednesday has naturally raised valuations. Godrej Consumer is currently trading at about 47 times expected FY22 earnings, which is in line with other domestic consumer goods stocks. The company’s valuations trailed those of Britannia, Marico, and Dabur by a wide margin before the announcement.