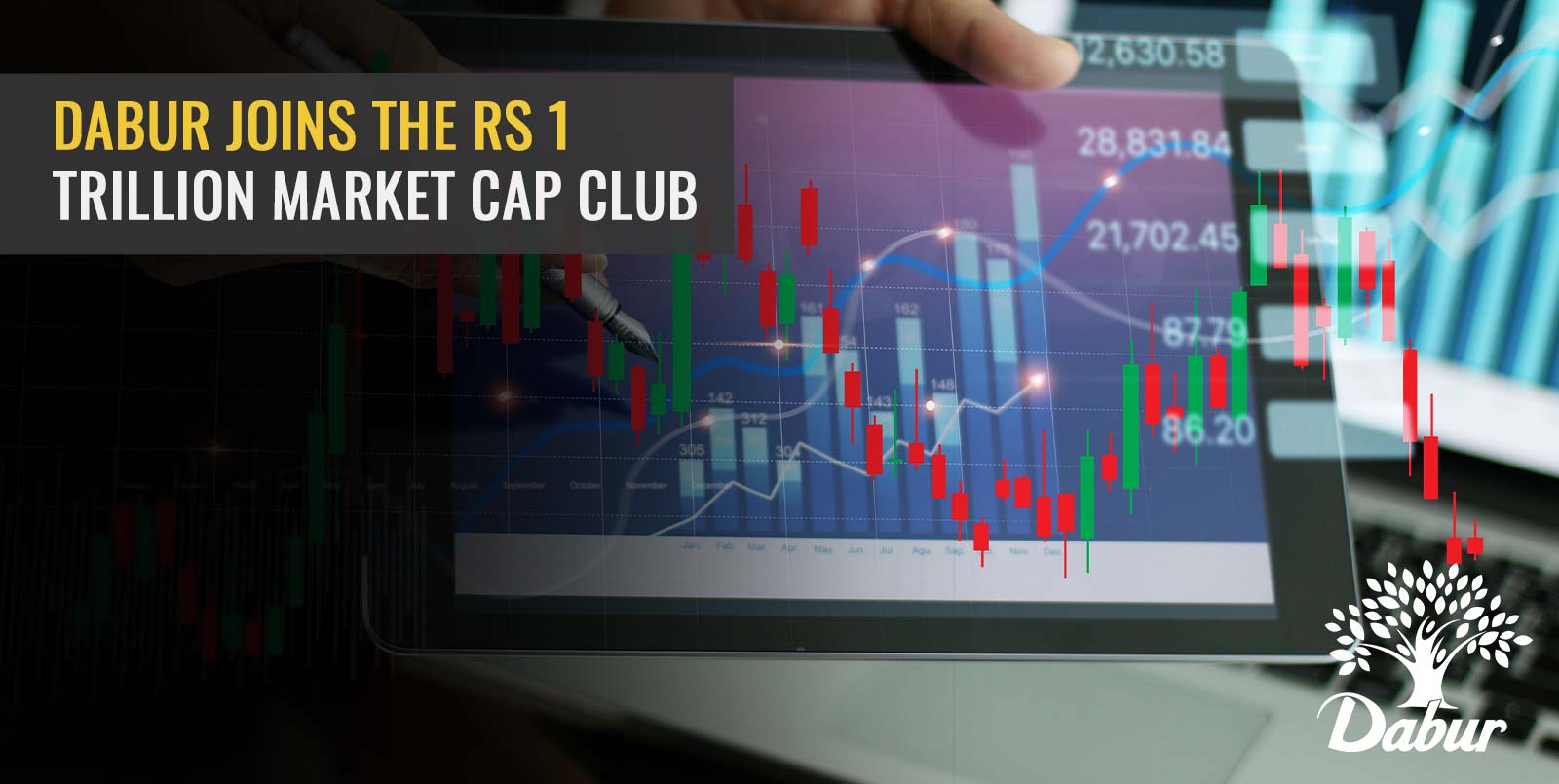 M-cap and the role it plays

Market capitalisation (m-cap) is the overall valuation of a company on the basis of its share price at the moment and the total number of outstanding shares. Market cap lets investors understand the size of a company and the amount of risk an investor can expect while investing in such a company’s stock.

Where does Dabur stand in the list of top market ranked firms?

With its Rs 1-trillion market cap, Dabur India now stands in 38th place in the list of top market-cap ranked companies, according to data from the Bombay Stock Exchange (BSE). Data shows that while the benchmark index, BSE Sensex declined 4 per cent, in the past month, the FMCG company’s stock has gained 8 per cent.

The company’s December quarter results posted in late January showed that the FMCG business of Dabur India helmed growth, posting an increase of 19.5 per cent and underlying growth in volume at 18.1 per cent for Q3 of 2020-21. The company attributed its growth to the rising demand for its array of healthcare and personal care products. The FMCG firm is expected to declare its earnings for the March quarter on May 7. Analysts expect the company to post solid earnings. They expect the fourth quarter (Jan-Mar 2021) earnings to be at Rs 432.5 crore, an increase of 53.6 per cent year on year. Net sales are expected to go up by 35.1 per cent year on year to touch Rs 2,520.3 crore. Also, they note that any possible increase in rural consumption would have a positive impact on the company.

The FMCG sector is forecast to sustain its growth in the March 2021 quarter too, because of the low base during the March 2020 lockdown. According to a white paper entitled International FMCG report 2021, consumers across the country added to their shopping basket by buying more personal care and FMCG products. More than 70 per cent of urban Indians bought an increased number of home-cleaning product line-up.

According to the India Brand Equity Foundation (IBEF), the FMCG sector is the fourth largest sector in India, with personal care and household products making up for 50 per cent of all FMCG sales.

Meanwhile, India was the only country on the list of top 15 countries to see a drop in its market capitalisation for the month of April. India’s market cap has dropped 2.5 per cent to touch $2.67 trillion (under Rs 200 trillion) at a time when the global market cap increased 4.2 per cent touching a high of $112 trillion. India had hit its all-time market cap peak of a little over Rs 210 trillion ($2.88 trillion) in the first week of March. During the coronavirus-induced stock market crash of March 2020, India’s market cap had slipped to Rs 103 trillion levels.

Also, the market cap of seven out of India’s top market cap companies saw a total erosion of over Rs 1.41 trillion as markets saw a drop last week in the backdrop of the second wave of Covid-19 cases.

The other company that made it to the Rs 1 trillion market cap list in recent times (late March 2021) is Tata Steel whose stock touched its highest level after June 2008. Further JSW Steel also touched the Rs 1.5 trillion club last week. A fortnight ago, Adani Group became the third Indian group to cross over to the $100-billion club in terms of market cap. According to data from the BSE, the Reliance Group and Tata Group have achieved this milestone in the past. RIL became the first Indian firm to touch $200 billion in September 2020.

Fast-moving consumer goods firm Dabur India has joined the elite Rs-1 trillion club in terms of market capitalisation. The FMCG sector has seen solid growth over the second half of the calendar year 2020; the same momentum is likely to sustain in the quarter ended March 2021. The sector is the fourth largest sector in India, with personal care and household products accounting for half of all FMCG sales. Dabur India is expected to announce its earnings for the March quarter on May 7; some analysts expect an earnings increase of 53.6 per cent year on year for the company.