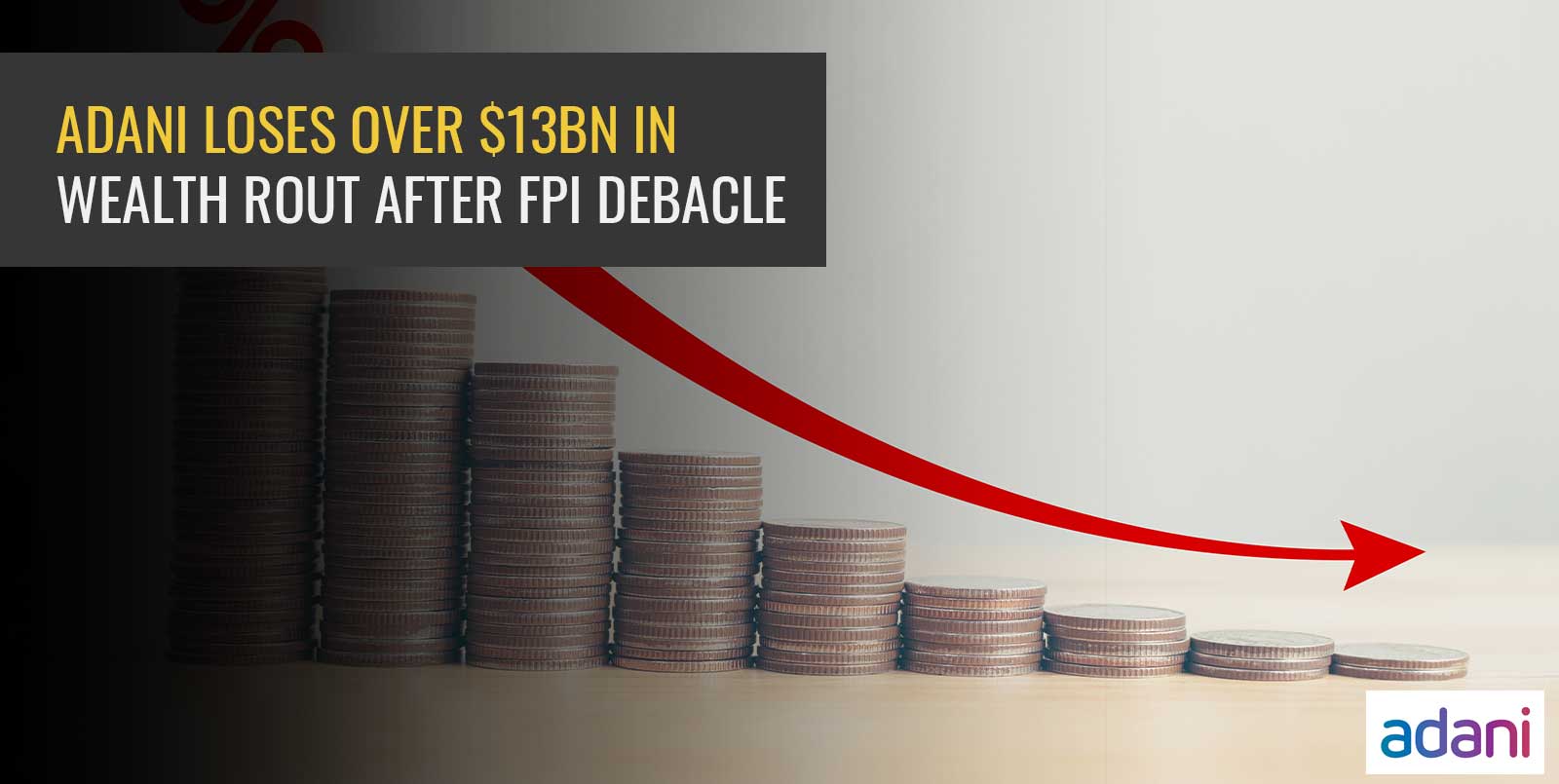 These three Mauritius-based funds together held shares worth around Rs. 43,500 crores in four Adani group companies and are registered at the same address in Port Louis.

Immediately following this debacle, the Adani group claimed such reports to be “blatantly erroneous” and believe they were released to mislead investors. They referred to an email from the Registrar and Transfer Agent that confirmed that the Demat account in which the FPIs held their shares were not frozen.

In reply, NSDL’s vice president, Rakesh Mehta, said that those three FPI accounts are still “active”. Following this declaration, shares of the company made a recovery after the company strongly rejected media statements.

The reports released of late dented the chances of Asia’s second-richest man to close the gap in net worth between him and the Chairman of Reliance Industries, Mukesh Ambani. In what is the worst wealth rout globally, Gautam Adani’s net worth plunged by roughly $13.2 billion in 4 days.

As of June 13, the Indian tycoon had a notional wealth of $77 billion per the Bloomberg Billionaire Index. However, at the time of writing, his net worth has dropped to $63.5 billion. The gap between his and Mukesh Ambani’s notional value presently stands at over $15 billion.

How are Adani Group stocks performing?

Here’s how Adani Group companies’ stocks are performing at the time of writing:

There appears to be some volatility concerning Adani Group companies. Accordingly, analysts believe that investors should proceed with caution in relation to Adani stock today. Furthermore, existing shareholders must remain patient and not engage in panic-selling.

To know more about the share market and its fundamentals, along with other investment areas, keep your eyes on Angel One Blogs.

Disclaimer: Angel One does not endorse investment or trade in the scripts mentioned above. This article is only for education and information purposes. Investment in securities market are subject to market risk, read all the related documents carefully before investing.