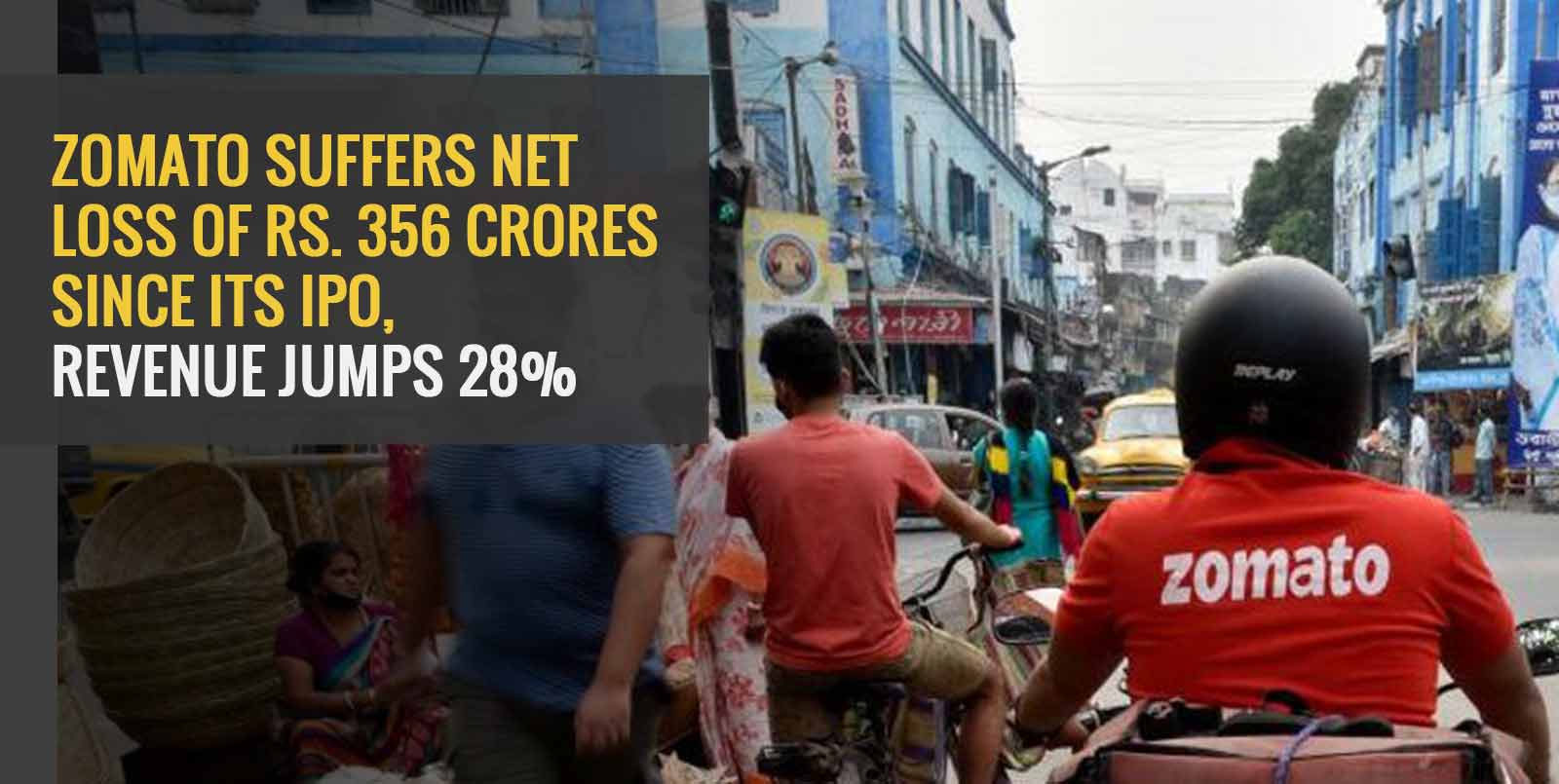 Online food delivery platform Zomato has recently released its financial statement for the April-June quarter of FY 21-22. This is the first quarterly update of Zomato since its magnificent debut in the stock market last month.

Surprisingly, this company has registered a net loss of Rs. 356 crores as opposed to Rs. 99.8 crores in the same period last year. The widening loss has been primarily due to the impact of a more devastating second wave of COVID-19.

India’s largest online food aggregator has posted total revenue of Rs. 844 crores from its operations in Q1 of FY 21-22. This is almost 3 times higher than the revenue of Rs. 266 crores registered in the same phase last year.

Zomato’s total expenditure for the June quarter was Rs. 1,259 crores. This is much higher than that of the corresponding quarter of the previous year which stood at Rs. 383 crores.

According to a statement from Zomato, revenue shot up due to an increase in the core food delivery business. As a result, it enjoyed constant growth despite the second wave starting from April 2021. However, the dining out business suffered largely due to pandemic-related restrictions. This had reversed most financial gains registered in this sector in Q4 of FY21.

Zomato became the first-ever Indian tech start-up to go for its IPO. The stellar stock market performance has encouraged other Indian business entities to file for IPO. Leading Indian digital firms such as Ola, Paytm, Flipkart and more will be going public shortly. Other start-ups like Nykaa, PolicyBazaar, and MobiKwik have already drafted papers for their respective IPOs. It is only expected that Zomato shares will continue to garner attention in the investment arena down the road.

Want to receive more useful updates about the world of finance, investment and the stock market? Make sure to take a look at Angel One blogs.

The total number of Zomato shares is 784.52 crores.