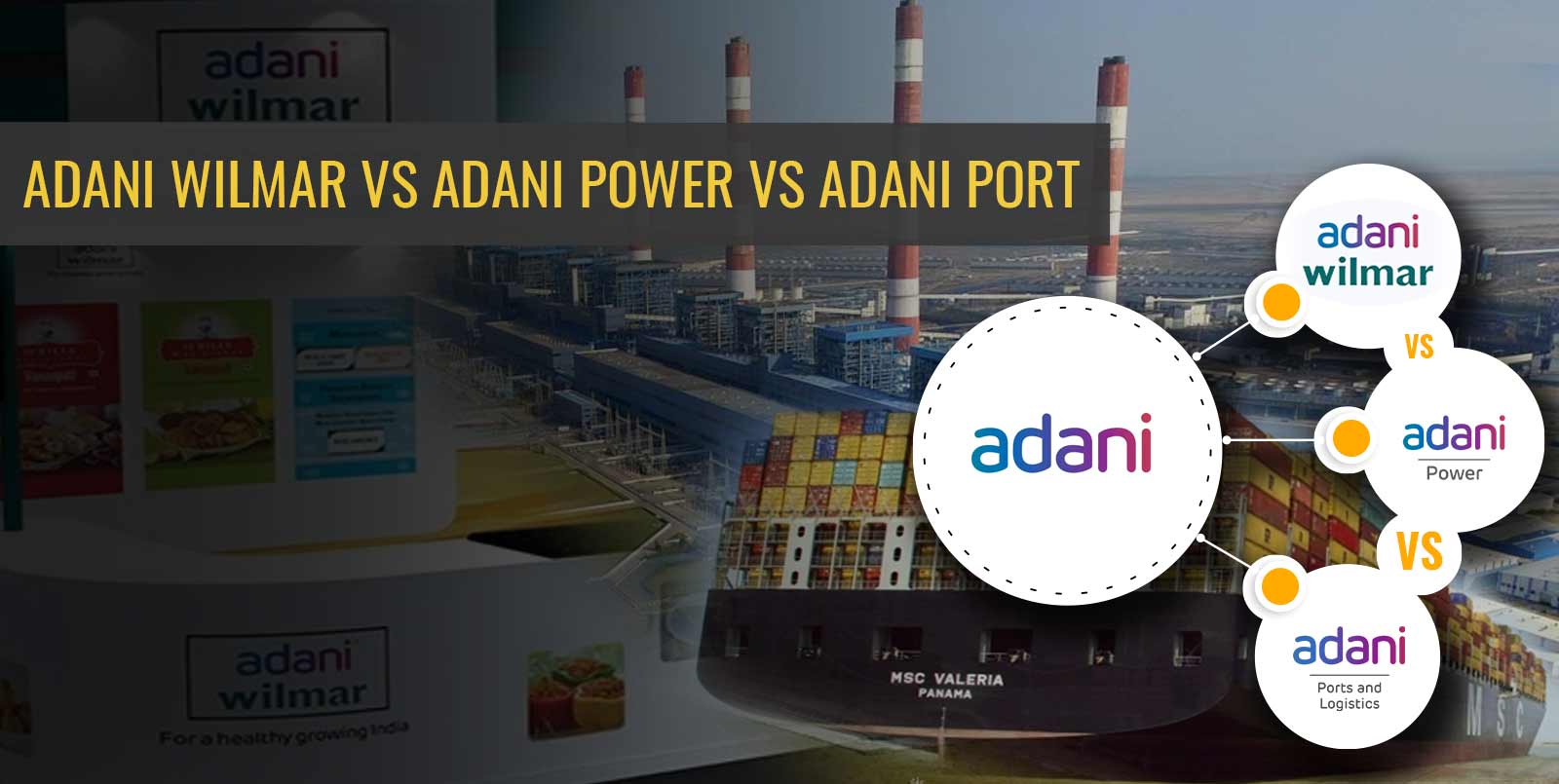 Despite securities markets reeling under the heat of the Russia-Ukraine war since Feb 2022, Adani Group has been on a roll. No concerns over soaring energy prices, rising inflation, and monetary tightening have marred the prospects of Adani Group companies. These stocks continue to soar to new heights, thus propelling Gautam Adani into the list of the top 3 richest persons in the world.

The Adani group has 7 listed stocks, 5 of which have earned a gravity-defying return of 100% in 2022 itself. Additionally, the group has been diversifying away from its coal baron days into the cement business by acquiring Holcim’s stake in ACC and Ambuja Cements. The Adani group has also offered to take over NDTV, a media company, recently.

On a year-to-date basis, the top Adani stocks include Adani Power and Adani Wilmar. Adani Ports, its flagship cash cow, has also gone up this week over the news of spectacular results and new acquisitions.

Adani Wilmar operates 19 refineries and 23 plants in India which are spread across 10 states. In Mundra, AWL operates India’s largest single-location refinery, which has a designed capacity of 5,000 TPD.

Adani Wilmar, in addition to edible oils, offers various other kitchen essentials, including wheat flour, rice, pulses, and sugar. The other two verticals of AWL’s business are Food & FMCG and Industry Chemicals. AWL is also the largest basic oleochemical manufacturer in India. In 2020, AWL forayed ready-to-cook under its flagship Fortune brand. 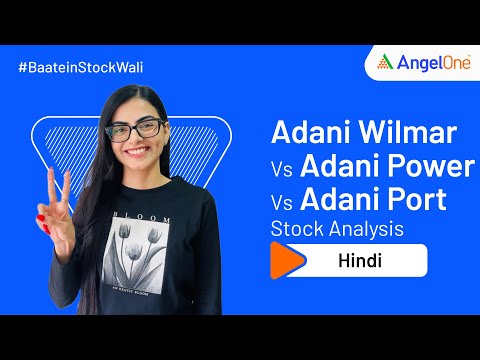 Adani Wilmar has been posting strong financial performance, with its latest annual revenue growth of 46.22% beating its 3-year revenue CAGR of 23.17%. However, the recent June 2022 quarterly results have seen a decline, with net profit falling 17% on a QOQ basis. This is due to margins coming under pressure over increased input costs and inflation.

The edible oil business, under its flagship ‘Fortune’ brand, accounts for almost 80% of the company’s revenues. This is a low-profitability business with EBITDA margins of around 2% but makes gainful profits based on volume growth. With continued market share gains in edible oil, atta and rice, AWL has shown strong growth in both volume and value terms in Q1FY23.

In contrast to other Adani Group companies, which are highly leveraged, Adani Wilmar managed to pay off the entire portion of its long-term borrowing, thus improving its credit metrics, after its IPO listing.

Ever since its debut on the Indian bourses in Feb’22, the Adani Wilmar share price has more than tripled from its listing price of Rs. 230 apiece. This is unlike the other IPO debuts of the past year, which are trading underwater. In fact, Adani Wilmar’s shares have outpaced 121 Asian IPOs worth more than $100 million in 2022.

The company continues to be highly overvalued, with its TTM P/E multiples averaging around 115x versus 62x sector P/E. With market capitalisation values over Rs. 93,000, Adani Wilmar’s EPS and P/B stand at 6.2x and 12.6x, respectively. The Adani Wilmar 52-week high and low share prices are Rs. 878 and Rs. 227.

In the last month, the Adani Wilmar share price has surged by over 8% to current levels of Rs. 718. On a YTD basis, the AWL shares have gained over 160%, thus making it a multi-bagger stock. This skyrocketing in prices is due to a rise in commodity prices, which gave Adani Wilmar a margin benefit on its unsold inventory.

Adani Wilmar has managed to maintain margins despite global headwinds from the Russia-Ukraine war, volatility in edible oil pricing, and inflation concerns. It is expected to gain market share on account of increased penetration in rural markets, and foray into high-margin packaged products. The demand outlook also looks positive on account of the festive season and monsoon-led rural demand.

Additionally, AWL enjoys strong competitive advantages due to its ability to engage in price-ladder supported by multiple synergies across all three business segments along with access to Wilmar’s market intelligence, which augurs well for the scale-up of its FMCG business.

Do check out the share price of Adani Wilmar on Angel One before investing.

With over 16,850 MW power generation capacity, out of which 1,600 MW is under construction and due to be completed by 2028, Adani Power is India’s largest private thermal power producer. APL’s thermal plants are situated in Gujarat, Maharashtra, Karnataka, Rajasthan, and Chhattisgarh. Adani Power also owns a 40 MW solar power project in Gujarat. APL was listed on the stock exchanges in 2009.

The latest quarterly results for June 2022 have shown a 17-fold jump in its consolidated net profit to Rs 4,780 crores on a YOY basis. Even revenues have seen an over 100% jump in Q1FY23 on a YOY basis. This increase in revenue can be attributed to increasing PPA (power purchase agreement) tariffs due to higher import coal prices and greater alternate coal usage, and the revival of 1,234 MW bid-2 PPA with Gujarat discoms.

The APL share has zoomed over 286% YTD to Rs. 385 in 2022 itself. This means Rs 1 lakh invested in APL at the beginning of the year would now approximate almost Rs 4 lakhs. Its 52-week high and low share prices are Rs. 432.5 and Rs. 91.05. This new high was on the back of the news of Adani Power acquiring DB Power, thus enabling it to expand its operations in Chhattisgarh.

The Adani Power share price has surged nearly 500% on a 3-year basis. The company continues to be slightly overvalued, with its TTM P/E multiples averaging around 15.8x versus 14.8x sector P/E. With market capitalisation values over Rs. 1.48 lakh crores, Adani Power’s EPS and P/B stand at 24x and 27x, respectively.

The fundamentals of Adani Power continue to be favourable as power demand is likely to go up with the rising population.  Additionally, the new work culture of work-from-home and hybrid work schedules have also improved power demand.

Furthermore, with the energy prices soaring worldwide, the government is again contemplating adding more thermal power generation in addition to renewable energy projects, which bodes well for APL. The only concern regarding Adani Power’s performance is its burgeoning debt burden.

Do keep an eye on the share price of Adani Power on Angel One before investing.

Founded in 1998, Adani Ports and Special Economic Zone (APSEZ) is the largest commercial port operator in India. It manages 13 domestic ports, which span the states of Gujarat, Maharashtra, Andhra Pradesh, Tamil Nadu, Goa, Kerala, and Odisha. APSEZ accounts for almost 25% of the cargo movement in the country and plans to increase its market share to 33% by FY25. The company has been listed on Indian exchanges since 2007.

Adani Ports’ business is spread across three verticals, i.e., Ports, Logistics, and SEZ. APSEZ handles 500,000 TEUs through its three logistics parks located in Haryana, Punjab, and Rajasthan, which it manages through its subsidiary Adani Logistics. This subsidiary has recently acquired ICD “Tumb” (Vapi) from Navkar Corporation for Rs. 835 crores.

Adani Ports has been growing consistently over the past 5 years. This growth has been supported by its strategic partnerships in the container segment with MSC and CMA CGM, TotalEnergies, and IOCL. Resultantly, Adani Ports’ cargo volume has grown sequentially at 13% CAGR, a 4x growth as compared to All India’s CAGR of 3% in FY22.

Shares of Adani Ports hit a historical all-time high of Rs 958.8 during Tuesday’s intra-day trade, thus taking its market capitalisation value to Rs. 2 lakh crores. The stock has surged 8% in the past week, and 20% in the last month on the back of an improved business outlook, as evidenced by its stellar Q1FY23 earnings.

The Adani Ports share price has accelerated by over 153% in the last 3 years. So far, it has climbed almost 30% YTD. Adani Ports is considered a multi-bagger stock as it has nearly tripled its investor wealth in 2 years by gaining over 177% in this period.

The company continues to be overvalued vis-à-vis its peers, with its TTM P/E multiples averaging around 44x versus 30x for its sector. But investors continue to be bullish on the stock in part over APSEZ’s new acquisitions.

APSEZ’s growth story is likely to continue onward, with it set to commission two new terminals in the next 6 months. With the acquisition of Haifa Port, an Israeli company and Ocean Sparkle, India’s leading third-party marine service provider, Adani Ports’ performance is set to gain even more momentum. The only downside risk is the world turning protectionist, thus negatively affecting trade volumes, and hurting APSEZ’s potential performance.

Want to invest in Adani Ports? Do check the share price of Adani Ports on Angel One before investing.

All of the Adani Group company’s stock prices have surged this year, with some more than others. Undoubtedly, all of these Adani stocks are driven by momentum and expectations of the realisation of higher profits in the future. With such bright prospects, these stocks feel like good investments but may be overvalued. We summarise our findings below*.

Adani Group stocks are being considered multi-baggers due to massive returns generated this year. While the potential for growth remains, investment decisions should not only be based on historical performance. In addition to future growth prospects, an investor must take into consideration the risk profile of the company and ensure that it aligns with their risk appetite.

You will be well served to invest in any of these Adani stocks when the prices veer more towards their lower ranges. Don’t forget to open a Demat account with Angel One.