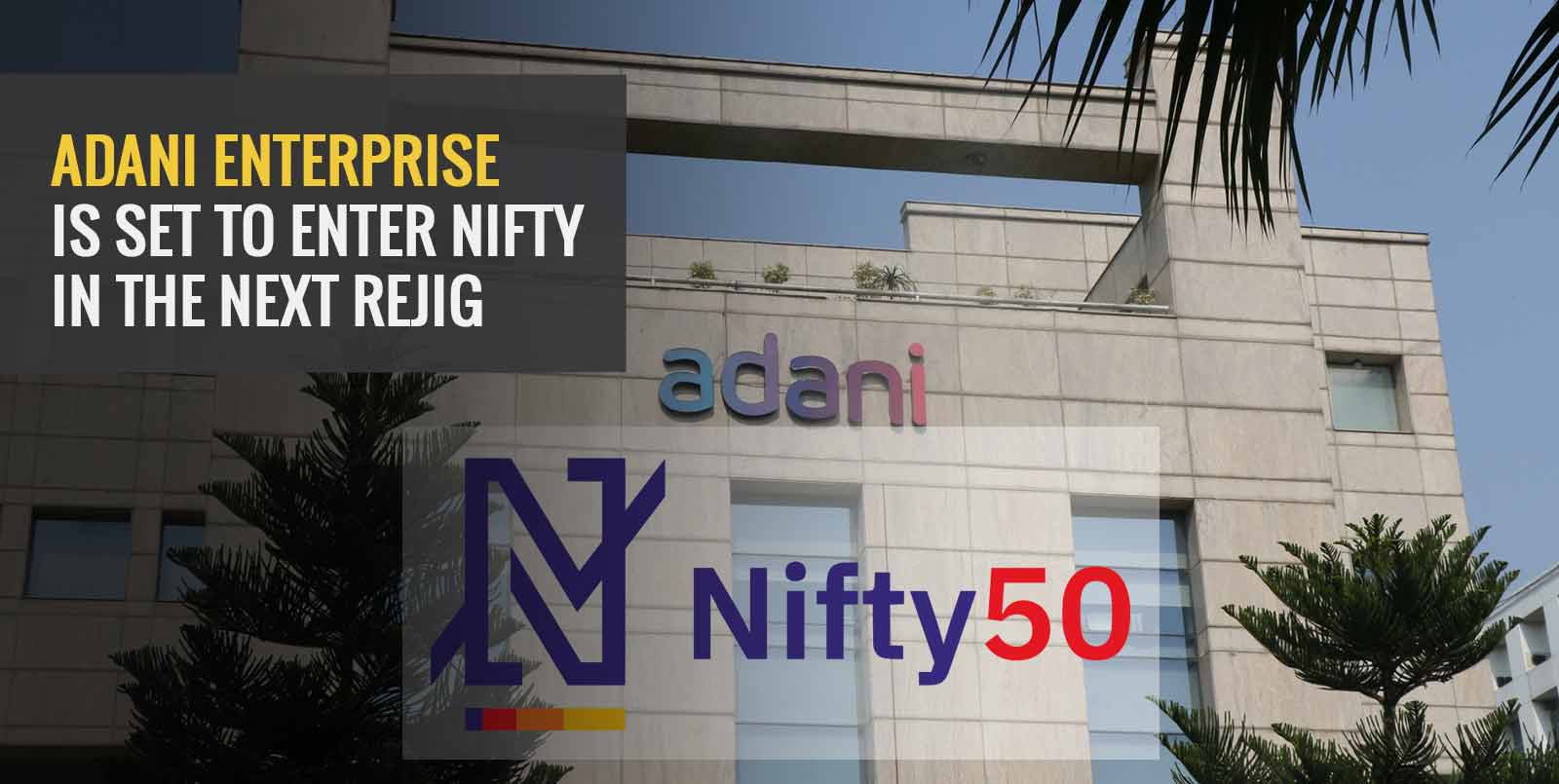 NIFTY 50 is scheduled for a semi-annual rejig and may see a few changes in its composition. Adani Enterprise, another Adani Group company, is likely to see an inclusion in the index and replace Kolkata-based Shree Cement. The changes will be announced in August and will come into effect from September 2022.

What is NIFTY rebalancing?

The NIFTY 50 is the benchmark index of the National Stock Exchange. NSE has recently made some changes in the selection criteria in its NIFTY 50. Only companies included in the NIFTY Next 50 are eligible for an upgrade.

NIFTY rebalancing is a common phenomenon to adjust the index to reflect market developments better. It includes or excludes companies based on average free float market capital value.

The company’s free-float m-cap can change due to corporate activities like buyback, promoter stake-sale and issuance of new shares, which can impact the weightage of the company in the index.

During the semi-annual rebalancing of NIFTY, 4-5 new stocks like Adani Enterprises stocks will get included when some will get removed or see changes in their weightage in the index.

Three stocks are selected based on average free-float market capitalisation for inclusion. Adani Enterprise has the edge over others because of its listing in the F&O list. It will become the second Adani Group company to get included in the NIFTY 50. Adani Port and Economic Zone is already a part of the benchmark index.

Adani Enterprise will possibly replace Shree Cement. Hero MotoCorp is another company that is likely to go out of the benchmark index.

As a result, the look-through earnings of NIFTY will drop as Shree Cement’s free float earning for FY22 was Rs 800 crore, four times Adani Enterprise’s earnings. The PE ratio of NIFTY will increase 0.9 percent to 24.3 times, while the ROE will dip marginally by 3 bps to 14.69 percent.

It would result in USD 213 million worth of capital inflow in Adani stocks, an increase of USD 183 million as predicted earlier by Edelweiss. On the other hand, Shree Cement’s exclusion will result in an outflow of USD 87 million. In the last six months, Adani Enterprise stocks gained 51.77 percent to trade at Rs 2689, whereas Shree cement stocks dipped 16.49 percent to trade at Rs 21096. According to broking houses, the trend will continue through NIFTY rebalancing.

Marquee companies to enter NIFTY Next 50

Many other companies would see a churn with changes in NIFTY indices. Marquee companies like Adani Wilmar, Samvardhana Motherson International, IRCTC, Bharat Electronics, and Hindustan Aeronautics will likely find their way into NIFTY Next 50. Shree Cement will also enter NIFTY Next 50.

It was thought that LIC and Tata Power would get included in the junior market benchmark in the August review, but they might not get a chance this time. Radhakishan Damani’s Avenue Supermarts (DMart) will also miss a chance of getting included in NIFTY50 because the stocks are not available for the F & O segment.

NIFTY rebalancing is a quarterly process that allows the market index to realign with changing market weights. The transition helps investors to guess the market better and make informed investment decisions. Several investors also invest in index funds which mimic the performance of the primary market index and generate similar returns. The rebalanced index will become effective on September 30, 2022.