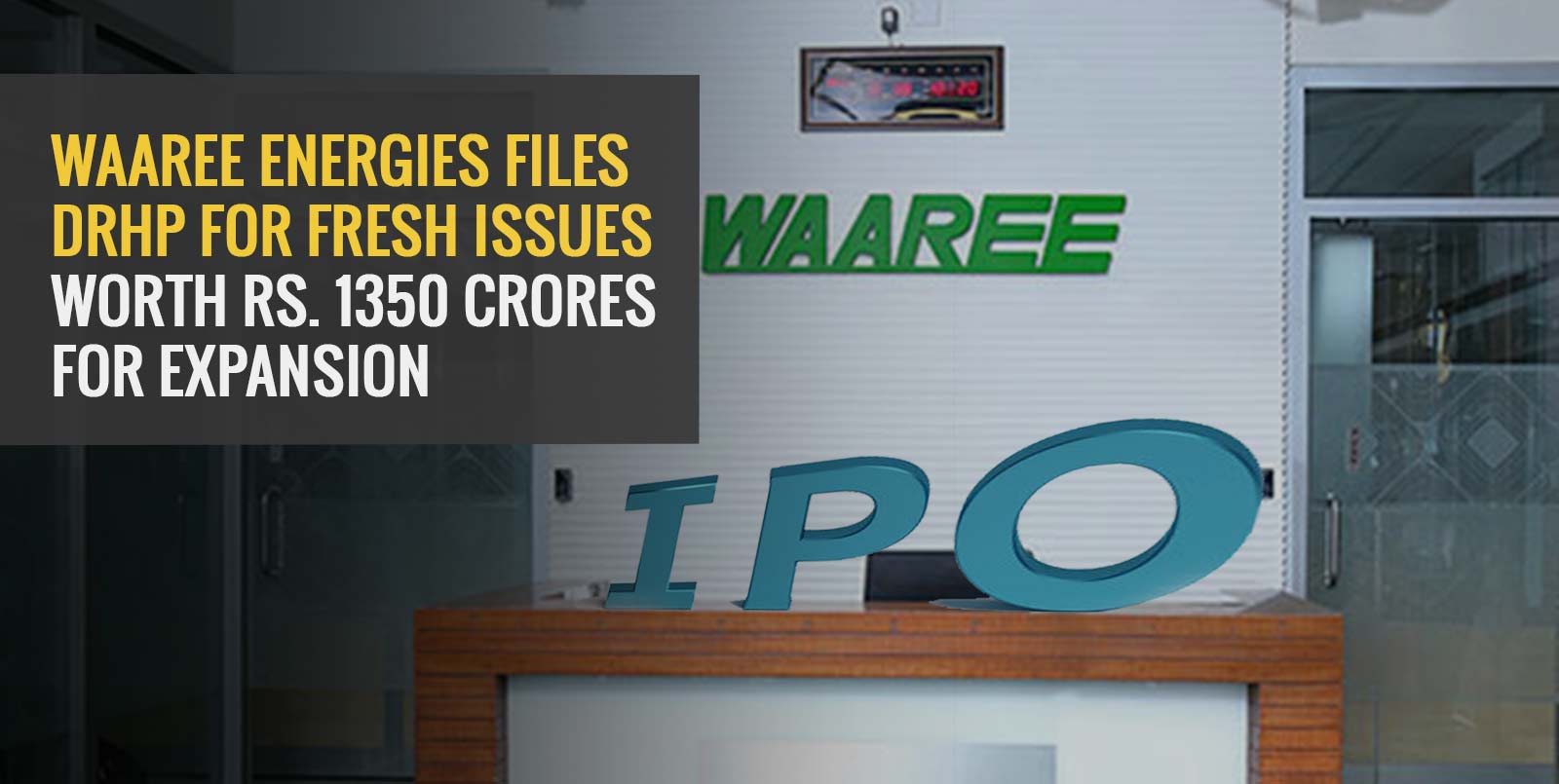 Waaree Energies, a Mumbai-based solar module manufacturer, has filed its DRHP for initial public offering (IPO) comprising a fresh issue worth Rs. 1,350 crores. The issue will also have an OFS of 40,07,500 equity shares by promoters.

Let us look into the details of the company, Waaree Energies and its upcoming IPO.

About the Company- Waaree Energies Ltd

Founded by Hitesh Doshi in 2007, Waaree Energies is India’s largest solar module manufacturer with a total capacity of 2 GW per annum. It currently operates three manufacturing facilities at Surat, Nandigram and Tumb.

Waree Energies has used Government of India-led initiatives like Make in India and Aatmanirbhar Bharat to boost solar PV module production. The company has installed 14 million solar panels with a total capacity of 4 GW in solar parks. It sells mainly to B2B clients but has over 350 franchised outlets to deal with end-user consumers, requiring rooftop installations.

The IPO will comprise a fresh issue of 40,07,500 equity shares worth Rs. 1350 crores and an offer for sale (OFS) by existing promoters and shareholders. The OFS will consist of the sale of:

Waaree Energies is the promoter of the listed Waaree Renewable Technologies, holding a 55.28% stake. The following are the book running lead managers (BRLM) of this IPO:

The company may consider raising Rs. 270 crores via pre-IPO placement. If this happens, the IPO size will be reduced accordingly. It will use the net proceeds from the IPO to set up a 2 GW per annum solar cell and a 1 GW per annum solar PV module production facility in Degam village, Chikhli, Gujarat.

Waaree Energies has the highest installed capacity of solar module manufacturers with 2 GW of current capacity. It recorded a Rs. 2000 crores turnover despite a pandemic-induced economic slowdown. The company will increase its capacity to 5 GW by December 2021 and hopefully triple its revenue.

Waaree is already India’s largest player in the solar energy industry. With the Indian Government running the largest clean energy programme in the world, the company is making all preparations to supply for the upcoming demand.

The IPO will likely see a return on investments if everything goes according to plan. However, investors should never forget that equity investments like these always carry high risks.

The company has just filed the DRHP to SEBI for approval. Once that happens, we will know about the particulars of this IPO.

Yes. Waaree has recently completed a 300MW solar PV project for Westlands Solar Park in California, US. It has supplied over 3 GW of solar panels globally and completed various EPC projects in Southeast Asia.