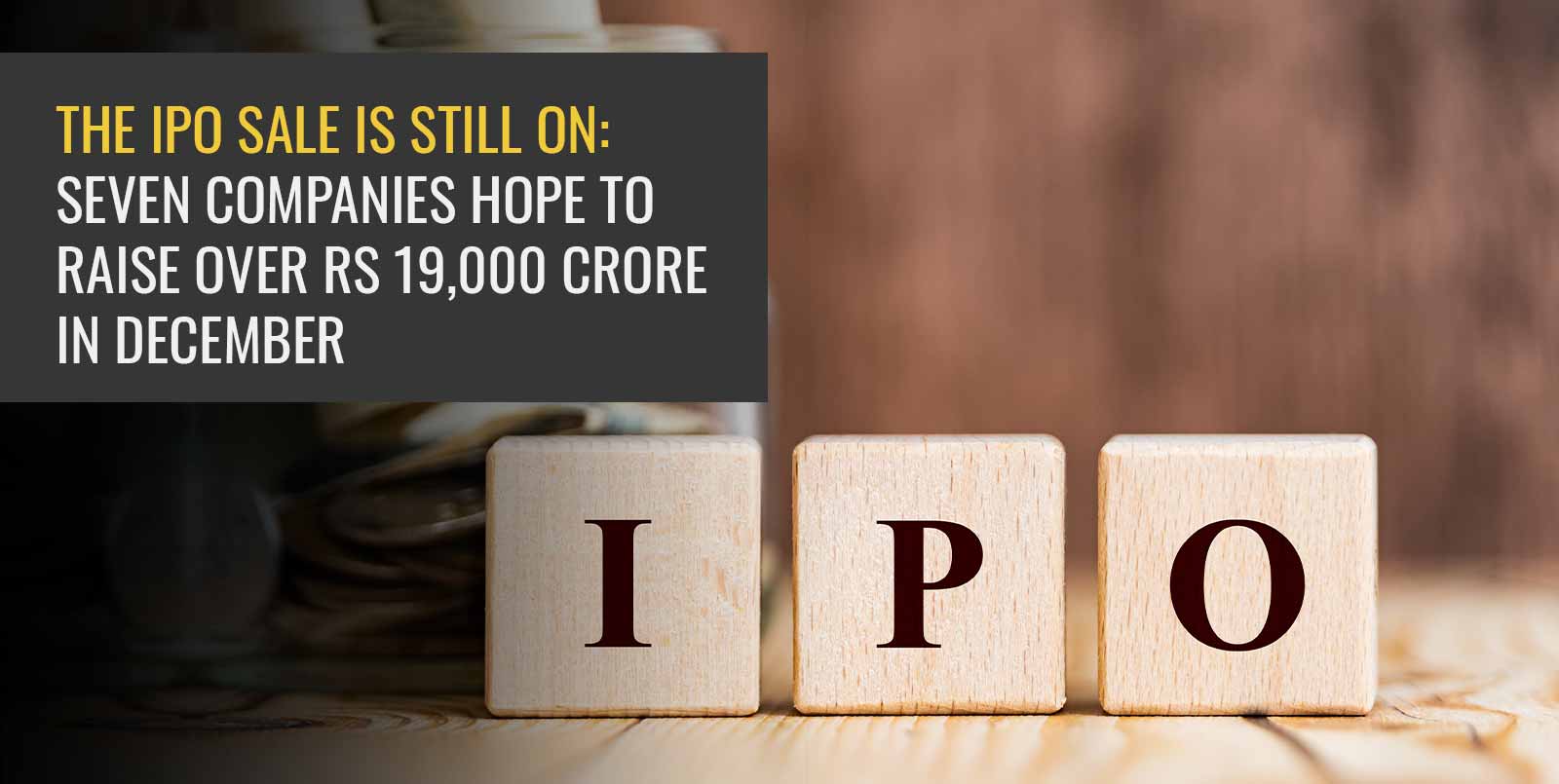 According to sources, at least seven companies aim to conduct initial public offerings in the next 10-15 days, raising more than Rs 19,000 crore.

The IPO of Star Health will begin on Tuesday, while the IPOs of tech firms RateGain Travel and CE Info Systems, as well as Anand Rathi Wealth, will begin next week. Adani Wilmer and Go First Airlines’ initial public offerings are expected to open for subscription in the second or third week of December. Tega Industries will begin accepting bids on Wednesday.

As per sources, Adani Wilmar, the maker of Fortune edible oil, is in the process of filing a red-herring prospectus, and the issue is expected to open by December 15. Newly issued shares worth Rs 4,500 crore will be sold by the corporation. It expects to spend Rs 1,900 crore on capital investment, Rs 500 crore on strategic acquisitions, and the remainder on debt repayment and general corporate purposes from the proceeds.

Getting Ready To March In

According to sources, shareholders of Adani Enterprises, the parent company of Adani Wilmar, will likely receive a 10% reduction on the IPO price.

CE Info Systems, which owns MapmyIndia, will launch a public offering next week to generate roughly Rs 1,400 crore. Promoters and other existing shareholders, including Qualcomm Asia Pacific, are selling the entire 7.55 million shares on sale.

The company provides software as a service and platform as a service for its own digital maps. Its maps cover 750,000 villages, over 7,500 towns on a street-by-street basis, and 6.3 million kilometers of the road network.

In India’s hospitality and travel market, RateGain Travel Technologies is the largest SaaS company. Its initial public offering consists of a fresh issue of up to Rs 400 crore in shares and a sale of up to 22.7 million shares.

Anand Rathi Wealth, a non-bank wealth solutions firm from the Anand Rathi group, would sell 9.29 million shares in an offer for sale to generate roughly Rs 700 crore from its promoters and existing investors. The initial public offering is set to begin on December 6th.

Q1. Is it possible for me to purchase IPO stock?

An initial public offering, or IPO, is when a company’s stock is first offered for sale to the general public. After an IPO, the company’s shares are listed on a stock exchange and can be purchased by almost anybody.

Q2. Who determines the price of an initial public offering (IPO)?

Many investors in initial public offerings (IPOs) are unaware of how a company’s value is determined. An investment bank is recruited before the public issuance of the stock to determine the worth of the firm and its shares before they are listed on an exchange.

Q3. How do you profit from an IPO?