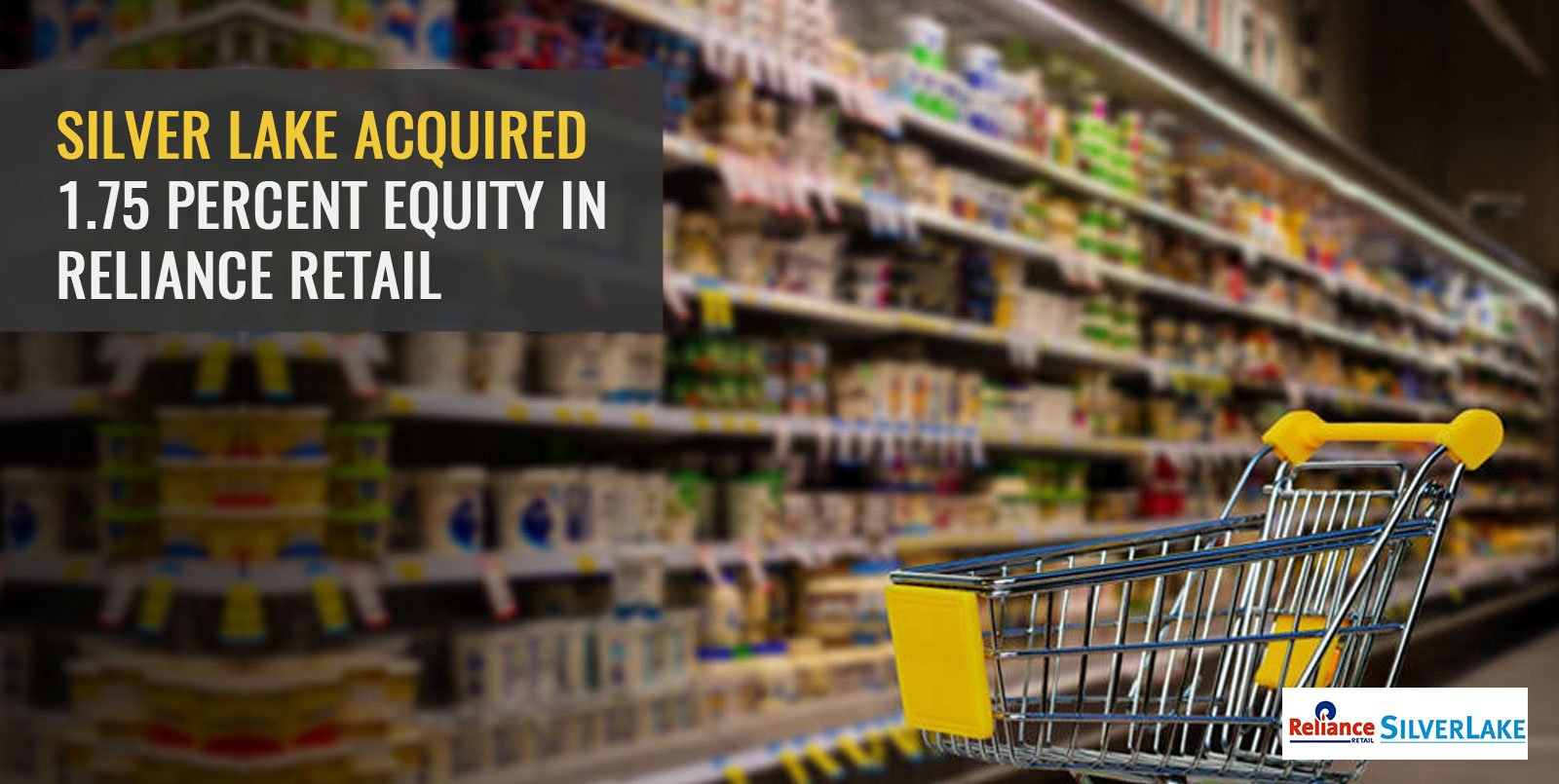 After joining hands for Reliance Jio, Silver Lake now acquired 1.75 percent in Reliance Retail. After turning Reliance Jio, a net-debt free company, Reliance supremo, Mukesh Ambani is currently looking for investment opportunities in the retail sector. He is picking up allies who can help him in waging a battle with e-commerce giants like Amazon and Flipkart in India. In the last two months, Reliance Retail acquired online pharma company, Netmeds and retail wholesale and logistics of Future Group’s retail chain, to add muscles to its retail endeavours.

Significance Of The Deal

Silver Lake is a prominent tech investor with a track record. In the past, they had successfully invested in some of the top global tech ventures, including Twitter, Airbnb, Alibaba, Dell technologies, and more. Experts believe the recent tie-up between Silver Lake and oil-to-telecom giant Reliance is a sign of faith in Reliance’s ability to lead consumer business capabilities in a disruptive technology-driven environment.

After acquiring the retail chain from Future Group, RRVL has already established itself as a leader in brick and mortar retail business. And now, it is looking at revamping the e-commerce platform to optimise on post-pandemic opportunities. Reliance’s deep understanding of the Indian market, together with its ability to harness cutting-edge technology like AI, Blockchain, AV/VR, and Big Data has helped it get recognition from global investors. Reliance Retail-Silver Lake deal is a mark of that faith.

Reliance Retail is targeting to widen its retail network with the digitalisation of 2 crores small and unorganised merchants, helping them access a larger market through Reliance’s digital ecosystem.

Commenting on the investment news, Mukesh Ambani said that the deal between Reliance Retail and Silver Lake would help RRVL extend an inclusive partnership to millions of small merchants while offering value to Indian consumers.

In the company’s annual shareholder meeting in July, Mukesh Ambani hinted upon possible tie-ups with leading investors for the retail platform. He said that he received ‘strong interest from strategic and financial investors for Reliance Retail.’

Silver Lake CEO, Egon Durban told that Jio Mart’s success within such a short span while India, with the other countries, is battling COVID-19 pandemic is genuinely remarkable, and his company is pleased to deepen its relationship with Reliance with the latest RRVL investment.

Silver Lake investment in RRVL will add power to Reliance’s retail ventures as it targets to compete with Amazon India and Walmart-backed Flipkart. Reliance’s new consumer strategy could be the biggest disruptor in the retail segment in a decade. News is that after Silver Lake, KKR may also invest USD 1 billion in Reliance Retail.