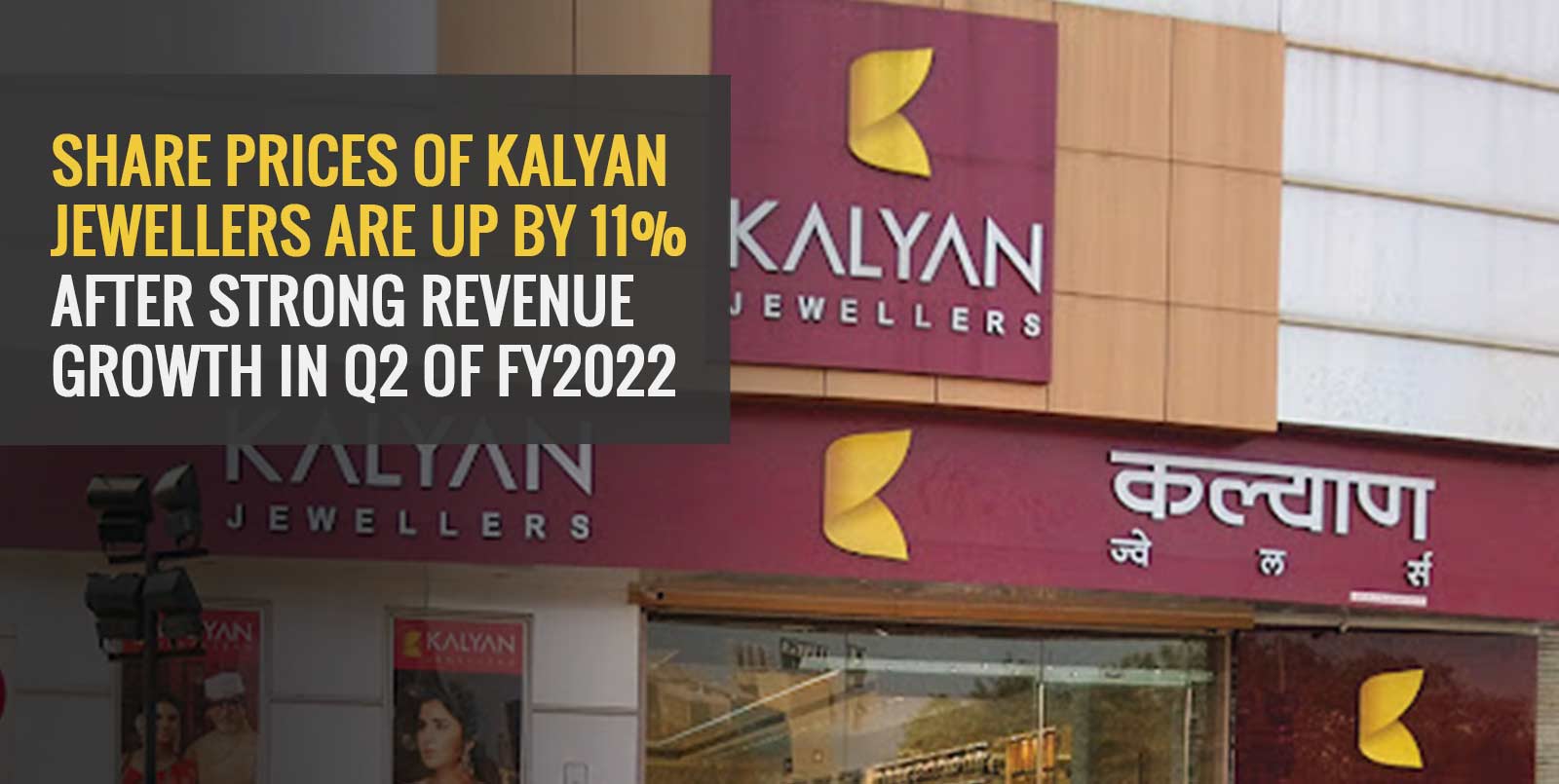 The shares of Kalyan Jewellers noted an 11% jump in the intraday trading on 7 October 2021. This growth is a direct reflection of this company’s revenue growth of 60% for its Indian operations in this recently ended September quarter, compared to the previous year. According to the press release from one of India’s largest jewellery makers, they have witnessed a continuous rise in the shares of new customers primarily due to their shift from an unorganised to organised segment.

Kalyan Jewellers has a stronghold in the southern part of this country. However, in this period, the non-South Indian market has reported a rise of 70% in revenue. Contrarily, in its home patch, the company has witnessed a rise of 40% in sales numbers. Additionally, in this recent quarter that ended in September, 92% of showrooms were operational, whereas 88% of stores were active in last year, during the same period.

Furthermore, Kalyan Jewellers opened only one new store in this quarter. This has taken their total count of new stores for this quarter to 10.

Besides its retail performance, the online platform, Candere has recorded a 45% revenue rise in this quarter.

A Brief History of Kalyan Jewellers

Kalyan Jewellers began its operations in 1993 by opening its first showroom in Thrissur, Kerala. Currently, as of 2020, the company has 137 showrooms across India and abroad. The overseas operations of this jewellery manufacturer include Qatar, UAE, Oman, and Kuwait.

Kalyan Jeweller’s rise to prominence is primarily based on the company’s ability to curate products that meet the needs of local markets. Over the years, they have ventured into different ornament segments. Also, the online platform aids the company to extend its presence further and reach more customers. They also have plans to extend their footprints in the USA, Malaysia, Singapore, Sri Lanka and other countries.

In March 2021, the company went public with an IPO of about Rs. 1100 crores. Since the shares have been through their fair share of ups and downs and currently hitting new highs with this revenue growth. If you are planning to invest in the shares of Kalyan Jewellers, you can do so through the Angel One Platform.

The face value of Kalyan Jeweller’s shares is Rs. 10 per equity share.

The current market capitalisation of Kalyan Jewellers is Rs. 8075 crores.

The current sector PE ratio of Kalyan Jewellers is 164.13.