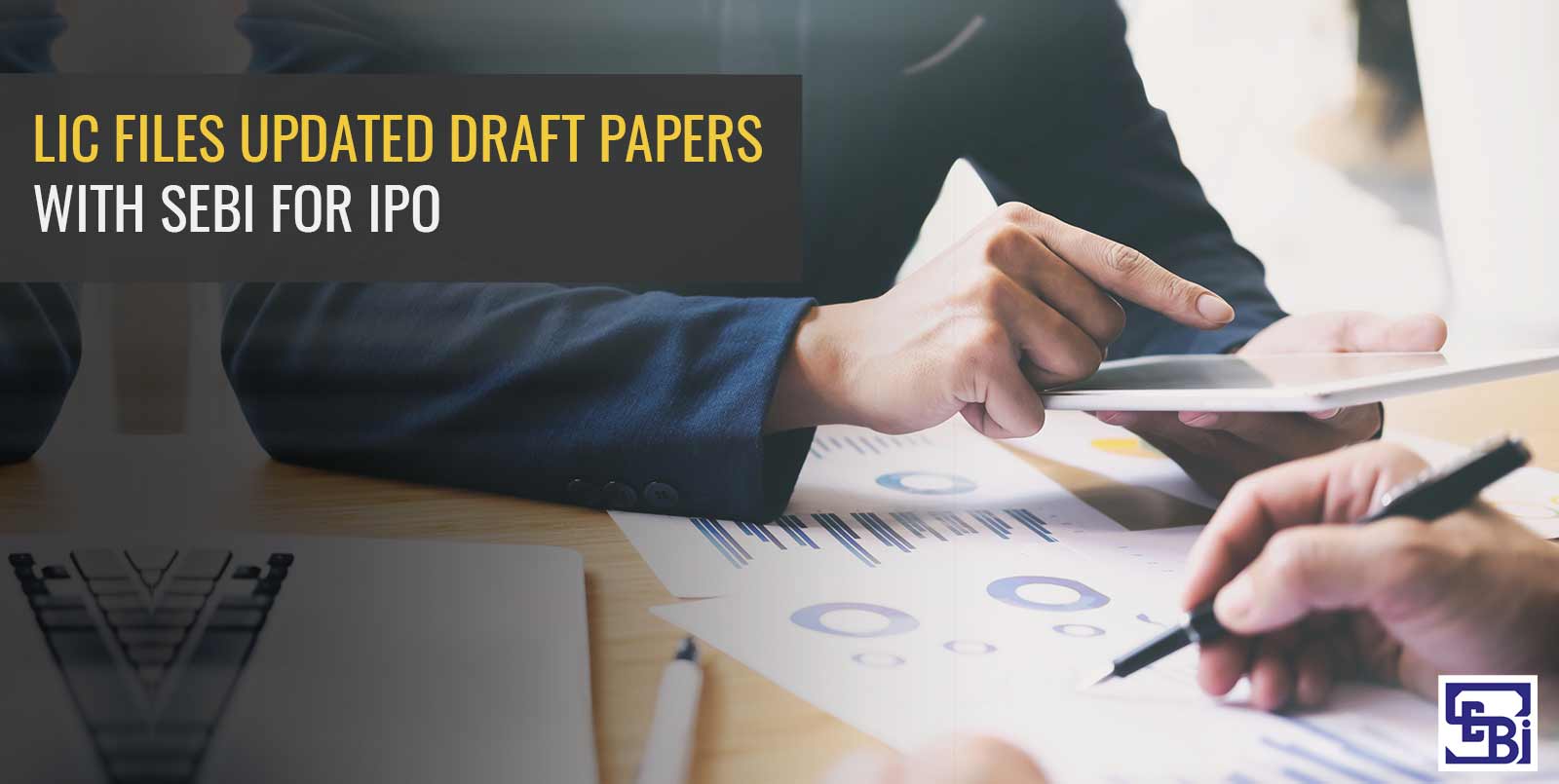 Life Insurance Corporation of India (LIC) has filed updated draft papers with market regulator Securities and Exchange Board of India (SEBI). These revised documents for the company’s initial public offering reflect its earnings in the last quarter, which they had filed with their insurance regulator earlier this month.

To get in-depth details on this LIC IPO update, stick to this piece!

A Closer Look into the Updated DRHP of LIC IPO

SEBI gave LIC a limited time of up to 12 March 2022 to launch its IPO without filing new documents.

The company previously planned to float a mega IPO in the last week of March 2022. However, LIC postponed it because of the turmoil in the capital market arising from the Russia-Ukraine crisis.

Through this IPO, the company plans to sell 5% of its stake or 31.62 crore shares to accumulate a fund amounting to more than Rs. 60,000 crores. As per sources, the reservations for the different investor categories are as follows:

What Are Experts Saying About the Updated DRHP of LIC?

Currently, Tuhin Kanta Pandey, the new secretary of DIPAM, says that there is an increased interest among investors in the offerings of the state-run company. However, the Centre will only carry out initial public offering when they find a successful listing.

He even shared his view on this LIC IPO news that the filing of this company’s DRHP took place before the expiry of the estimated timeline. But recently, there has been volatility in markets due to geopolitical crises and unexpected global events. Having said that, the Government is continuously monitoring the market situation. The company can launch its IPO until 12 May 2022 without filing fresh papers again.

According to experts, there is a sharp jump in LIC net profit. This is mainly due to changes made in the surplus distribution channel. As a result of this change in the surplus distribution model under the LIC Act, this insurer’s private life has come at par. Hence, individuals looking to subscribe to this company’s IPO should do so after proper market analysis and thorough research of its financials.

In the draft papers, LIC mentions a net profit of Rs 235 crores from October to December quarter against Rs. 94 lakh from the same quarter in the previous financial year. At the same time, the company’s net profit for April to December increased to Rs. 1,671.57 crores from Rs. 7.08 crores during the same period in the last fiscal year.

As shared by Nirmala Sitharaman, the Finance Minister of India, LIC IPO is entirely an offer for sale. So, there will be total transparency in company listings.

LIC, or Life Insurance Corporation of India, has its headquarters in Mumbai and is owned by the Government of India.