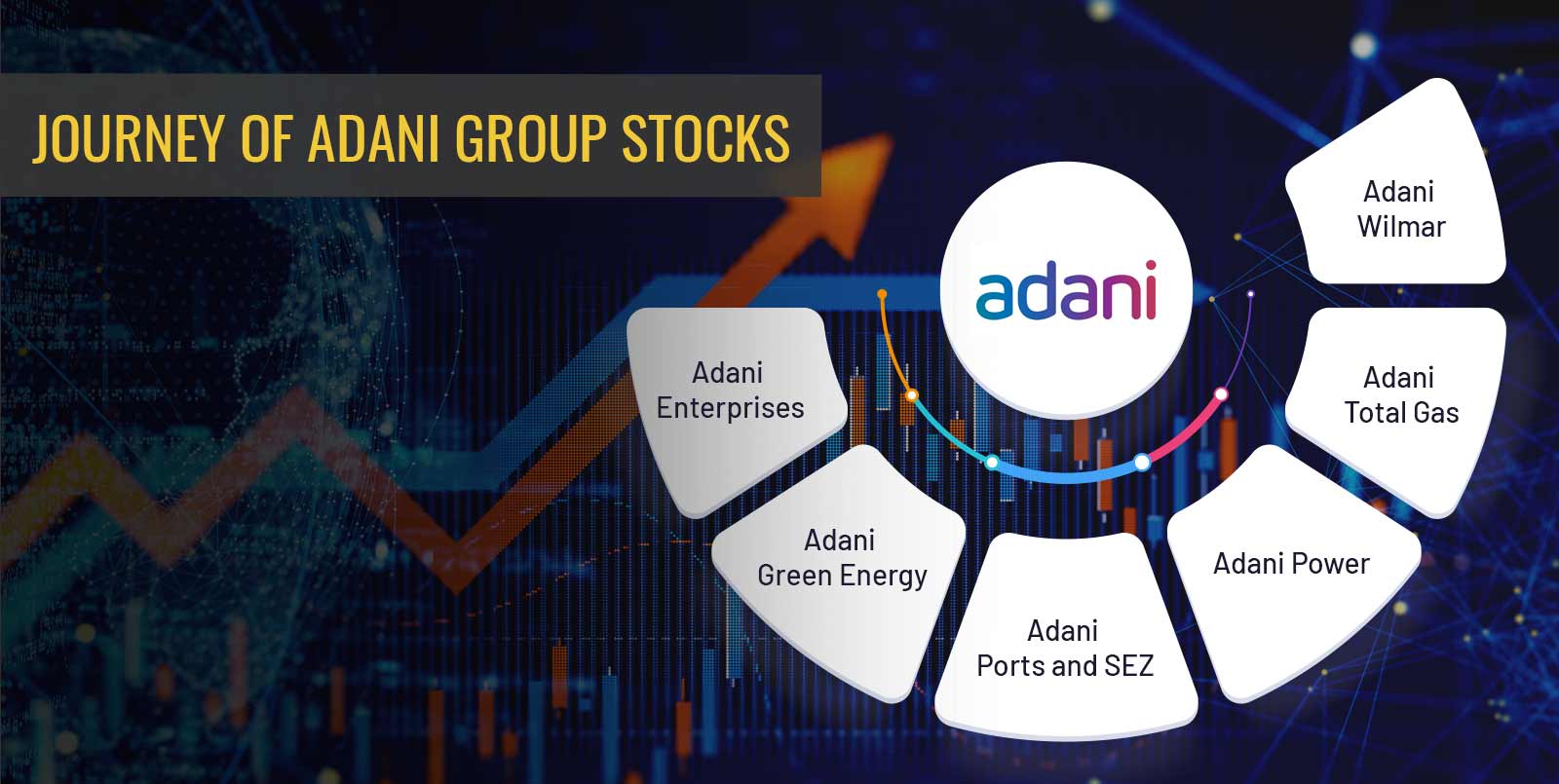 According to the Bloomberg Billionaires Index, Gautam Adani has become the world’s third richest man, trailing just behind Elon Musk and Jeff Bezos. His wealth stands at $137 billion as of August 2022, a far cry from his student dropout days.

Gautam Adani initiated his entrepreneurship journey by acting as a diamond broker. This business turned him into a millionaire at the age of 20. Right after this, he decided to join his brother, Mahasukh Adani, in importing PVC into India.

In 1988, Gautam Adani established Adani Exports Limited, which today goes by the name of Adani Enterprises. Initially, it was supposed to deal only with agricultural commodities and power. However, through foresight and vision, Adani managed to expand its operations above and beyond.

Today, Gautam Adani is the founder of a $ 153 billion worth Adani Group, a behemoth headquartered in Ahmedabad, with a significant presence in port, power transmission, green energy, FMCG, and other industries.

The Adani group has expanded at a breakneck speed in the last decade, both organically and through acquisitions. As a result, The Group today constitutes 7 listed Adani Group subsidiaries that span across cement, ports, energy etc. In addition, the Adani Group now also owns 2 other listed companies after it managed to snag Holcim’s stake in Ambuja and ACC cement.

The 7 Adani companies have been tabulated below.

AEL has recorded a 73% increase in its net profit for the latest June quarterly results and a 223% surge in its consolidated revenue. This growth is due to the strong performance of its integrated resources management (IRM) and airport business segments. Furthermore, AEL aims to spend Rs. 55,000 crores over the next few years on new energy, airport and road sectors.

The Adani stocks have gained 123% in one year. The Adani share price has risen 102% YTD in 2022. The stock has been rallying as it is expected to replace Shree Cements in the NIFTY 50 index this month. This resulted in an inflow of about $285 million into the AEL stock.

With a project portfolio exceeding 20 GW, Adani Green Energy Limited (AGEL), an Adani group subsidiary, is among the largest Indian renewable energy companies. It is majorly focused on the development and operation of solar and wind farm projects. Additionally, the company plans on raising its installed capacity to 25 GW by 2025 and 45 GW by 2030.

Adani Green has given a massive return of almost 5000% in the past 3 years. In fact, it has generated 74% returns YTD in 2022 itself. The future prospects look bright on the back of provisional approval by Sri Lanka for an investment of over $500 million in two wind projects.

AGEL also plans to build 3 Giga factories as part of its $70 billion green investment in India.

Founded in 1998, with a presence in 13 domestic ports, Adani Ports and Special Economic Zone (APSEZ) is the largest commercial port manager in India. It accounts for almost 25% of the cargo movement in the country.

Curiously, despite being the most valued company in the Adani Group and featuring in the NIFTY50 index, Adani Ports has been losing its sheen and today is the least valued company amongst all the 7 listed entities. Yet, it has managed to gain 20.96% in a year and 24% YTD in 2022.

This rally can be explained in part due to the cooling of global coal prices and the revival of industrial and consumer demand.

The company has grown immensely, as can be seen from its latest June quarterly results, where it posted a 17x jump in net profit. APL is scheduled to be included in the MSCI India index.

Adani Total Gas was established as a joint venture between the Adani Group and Total Energies, a French O&G company. ATGL is a city gas distribution company, which supplies piped natural gas connections to its residential, commercial, and industrial clients. It also supplies compressed natural gas to the transport sector.

Additionally, ATGL has a 50:50 strategic partnership with IOC for the operation of city gas distribution networks. With a presence in 74 districts, ATGL is India’s largest city gas distributor. ATGL is also foraying into electric mobility and has launched its first electric vehicle charging station (EVCS) in Ahmedabad, Gujarat.

ATGL has plans to expand its footprint and has won 29 new locations in the auction for setting up new distribution networks. To bring such plans to fruition, it will need to raise Rs. 50-55 billion in the next 5 years. The ATGL share price has zoomed over 161% and 2,593% in the past year and 3-year period, respectively.

ATL was carved out of the AEL business in 2015 and has since focused on the power transmission and distribution end of Adani Group’s business. With a 22% market share, ATL is India’s largest private-sector player in the transmission sector. This growth isn’t entirely organic and has been supported through the acquisition of GMR and KEC assets in 2016 and 2019, respectively.

ATL hit a new milestone this year when its market capitalisation breached the levels of Rs. 4 trillion. ATL’s price performance has been stellar since its inception. It has generated returns of over 125% in 2022 itself. ATL’s 5-year performance has zoomed 2,659%.

Adani Group’s latest debutant Adani Wilmar was listed in early February to a muted response but has since revved up by 162%. Adani Wilmar is a lucrative joint venture between Singapore’s Wilmar and the Adani Group. Adani Wilmar is primarily engaged in the provision of consumer food products and essentials. Its business is split across 3 segments, namely Edible Oil, Food & FMCG, and Industrial Essentials. Fortune Oil, India’s foremost edible oil, is its flagship brand.

Adani Wilmar posted a 10% jump in its latest quarterly profit, despite the relenting of edible oil prices on the back of the removal of export restrictions by Indonesia. Net sales were also up by 30% YOY. Its future performance will be driven by volume growth as edible oil prices have been slashed.

This meteoric rise in the Adani group share price is not without concerns. Many analysts believe that the strong market capitalisation values are not aligned with the company fundamentals. Some credit research firms have also alleged that the company may be over-leveraged, which can cascade into a downward spiral in times of distress.