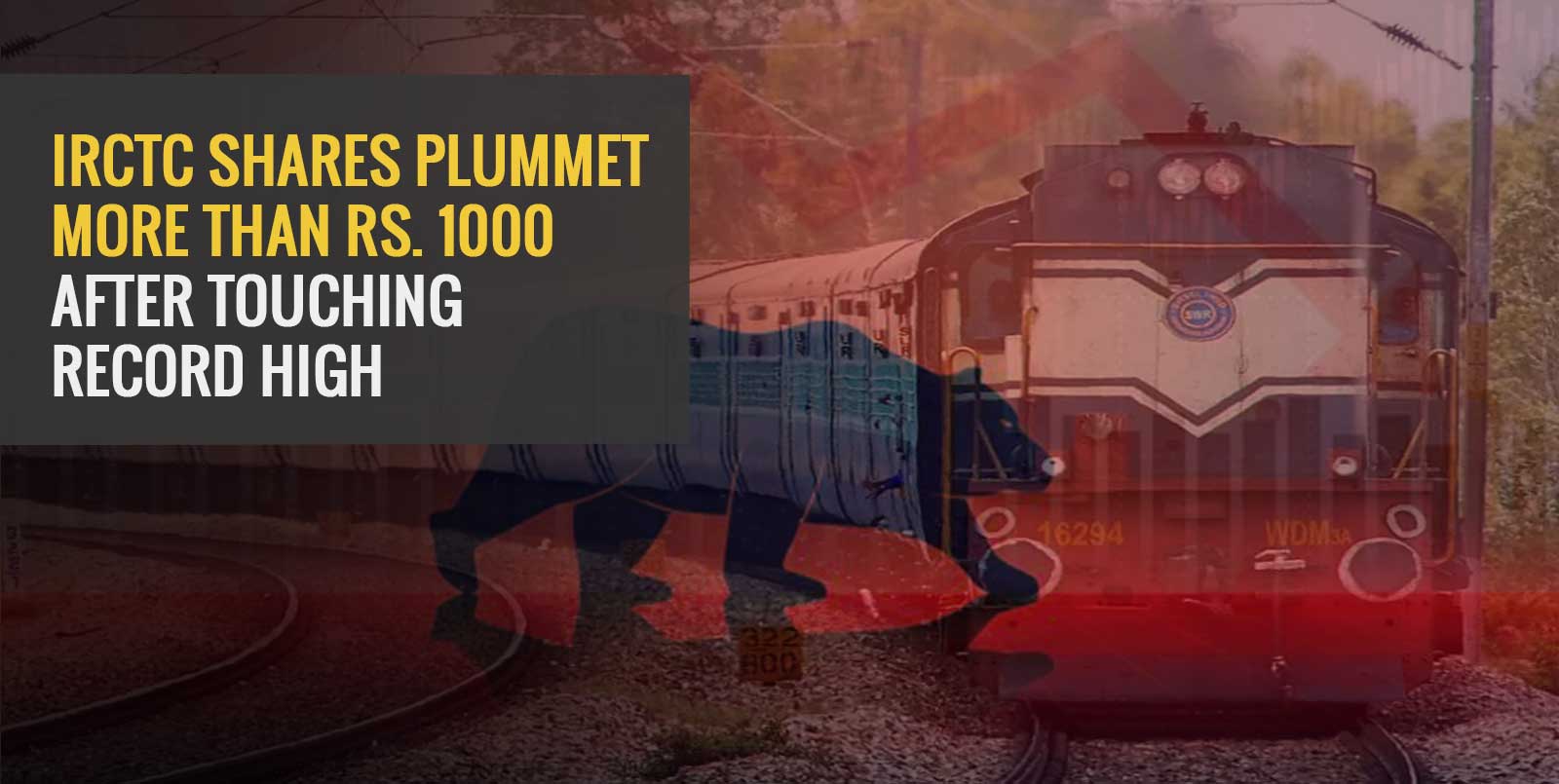 Indian Railway Catering and Tourism Corporation shares suffered a sudden fall of Rs. 1400 in the trading session of Tuesday. This is a 15% fall towards a close to Rs. 4,995 a share. This massive slump came after the state-owned company reported a record high during the early deals.

IRCTC’s stock closed at more than 8% low at Rs. 5363 apiece. Earlier, the company achieved a record high of Rs. 6393, which is a gain of more than 7%. It also witnessed a whopping market capitalisation, crossing Rs. 1 lakh crores during early deals.

Let us find out more about IRCTC share volatility here!

Interestingly, even the broader market was extremely volatile on Tuesday. For instance, the Sensex fell by 50 points after hitting 62000 during early trade. Moreover, smallcap and midcap space saw major profit booking after this.

What do Experts Say?

Because of this sudden slump, experts believe that investors must be cautious, especially after the sudden plunge in Tuesday’s smallcap and midcap counters. It is advisable that investors keep strict stop-loss regarding their positions.

Moreover, recently there was news of the appointment of a regulator for railways. As per experts, the sudden pressure in Tuesday’s close may have happened because of this news.

Furthermore, upcoming support for this state-owned company is set at 4500 levels. From these levels, additional bounce back is expected. Hence, only long term investors must consider buying on a decline. Experts also suggest investors keep stringent stock losses because shares of this company are under tremendous profit-booking pressure. It will also carry on by being a volatile stock in the coming days.

As a matter of fact, IRCTC’s fundamentals seem to be strong, even though there are some valuation concerns regarding this company. Regarding this stock, the level of 5000 is great support. However, risks prevail of it falling below this level and reaching 20-DMA. This will eventually become a risky demand zone to take in fresh buying positions.

IRCTC set its foot in the primary markets in October 2019. The company has a powerful monopoly with a 100% market share in the rail web. Moreover, it is also the only firm with authority to manage train catering services and important static units at railway platforms.

Shares of IRCTC are on a continuous run of gifting stellar returns since its debut. Against its issue price of IPO, its share price reached over 1700%. This multibagger stock posted a jump of around 245% so far this year.

Despite Tuesday’s decline, the overall outlook for the company remains healthy. The broad market direction will further govern the stock price direction. Moreover, given the scenario of a pre-Diwali rally, the stock may witness a huge rise from here.

The Nifty Midcap index witnessed a cut of more than 2%.

IRCTC was incorporated on 27th September 1999.