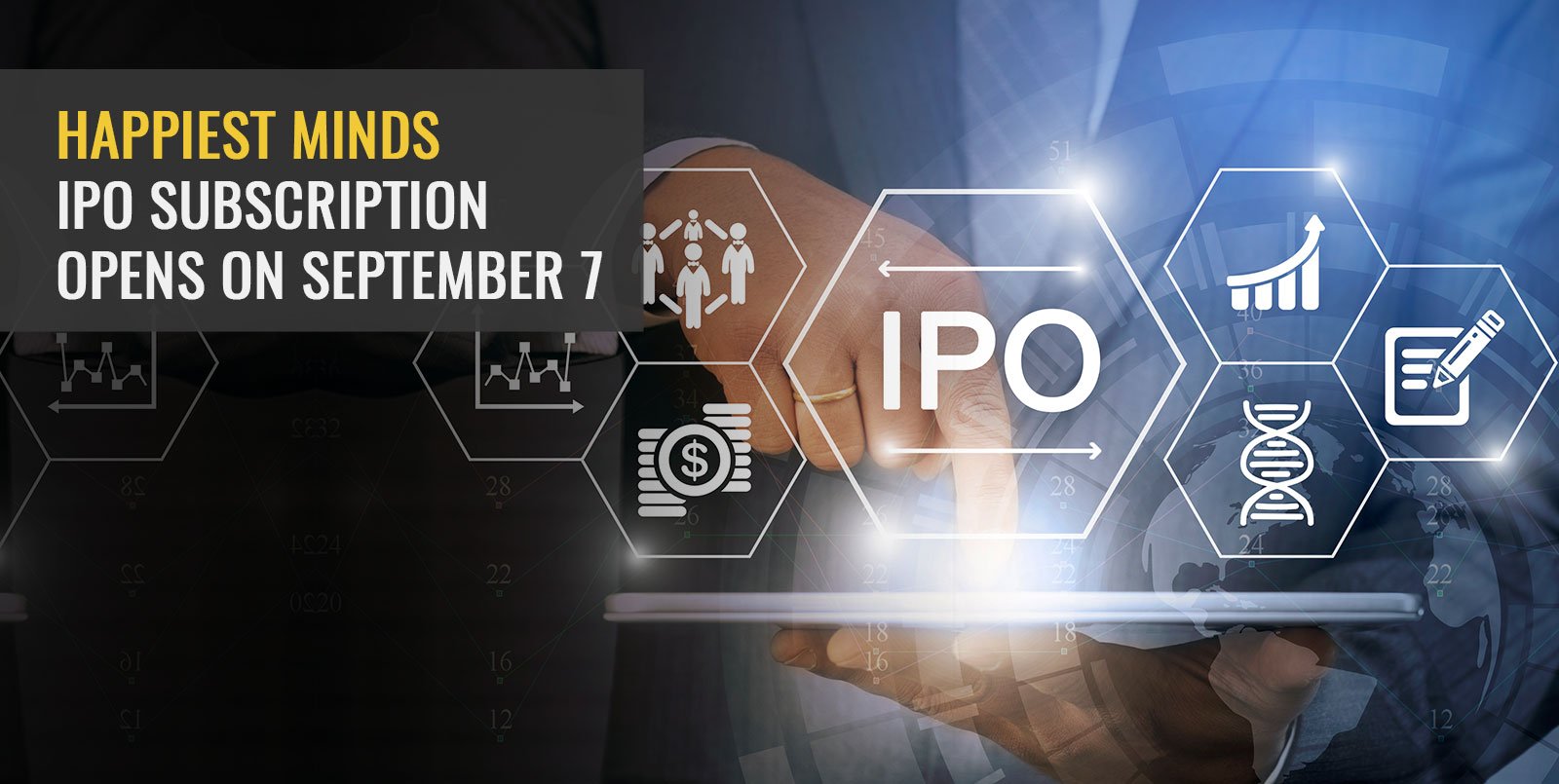 As the Indian IPO market is gaining steam again, several companies are floating their IPO offers to win over the investors. In the previous months, we have witnessed pharma firms and financial companies to launch IPO offers, which were lapped up by investors. The newest to join the list is an IT firm from Bangalore. Happiest Minds has confirmed that they are going to throw open the gates for investors to subscribe for their IPO offers on September 7.  The company received approval from SEBI in August.

Happiest Minds IPO will contain fresh scrips as well as offer-for-sale shares. Company’s executive director, Ashok Soota and private investment firm CMDB-II both have proposed their stocks for offer-for-sale. The company exhibited steady growth over the years and enjoys a competitive advantage with a diversified product offering.

Happiest Minds promoter Ashok Soota is an industry veteran with an illustrious background. He was the president of Wipro during 1984-99 during which Wipro rose to become one of the leading IT companies in the country. He later co-founded Mindtree Limited in 1999, which went to launch IPO in 2007. Soota started Happiest Minds in 2011, and CMDB II, a private equity investment fund backed by JP Morgan Investment Management Inc. invested in it five years ago.

Soota said that his company Happiest Minds is well-positioned to weather the economic disruption caused by the pandemic condition. The company has a well-diversified service portfolio in the domains of Digital Business Service (DBS), Product Engineering Service, and Infrastructure And Management Security Service (IMSS). Soota confirmed that his company has limited exposure to travel and hospitality segment, which is one of the worst-hit sectors due to pandemic and work mostly into edutech and hi-tech verticals. Almost 97 percent of the company’s revenue comes from digital, higher than its peer companies like Infotech Ltd., Cognizant, and Mindtree. In FY2020 Happiest Minds generated revenue of Rs714.2 crores, clocking a CAGR of 20.8 percent from FY18-20.

Should you apply for Happiest Minds IPO? Well, according to Soota, 76 percent of the company’s business remained intact amid the pandemic.  It is unlike traditional IT companies but driven entirely on digital services, which is an in-trend.

If you like to apply for the IPO offer, you can do it by login into your Angel One consol and using UPI as your payment gateway. Happiest Minds IPO date is between September 7 and 9.