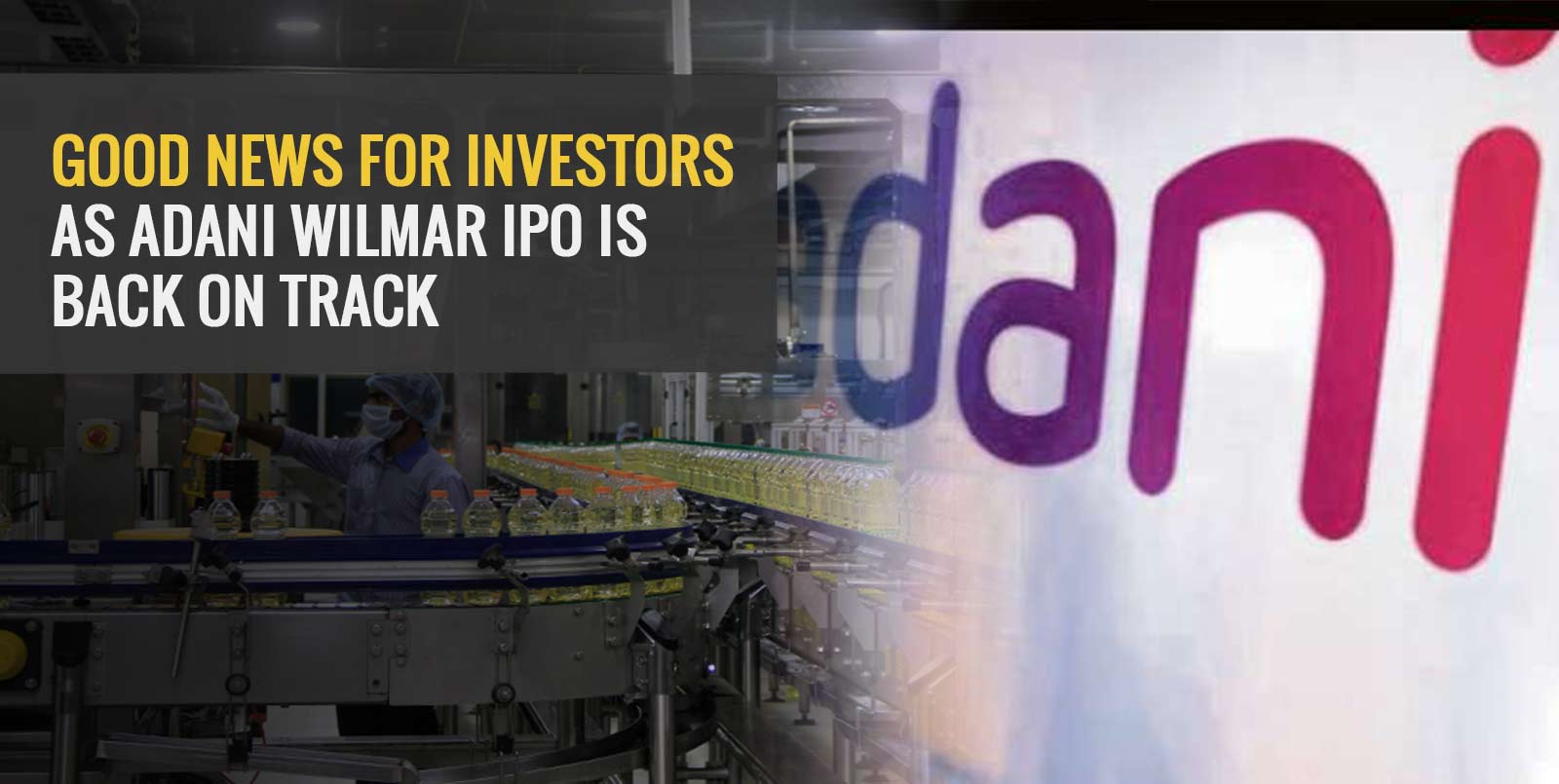 One of India’s leading FMCG firms, Adani Wilmar, has finally received some relief as their IPO proceedings are back on track. The Securities and Exchange Board of India is resuming its approval process for this public issue.

Adani Wilmar filed its DRHP in early August of this year, and the capital market regulator put a hold on it. SEBI usually exercises this process of putting a DRHP in abeyance if there are any legal disputes regarding the documents of the company in question. In such cases, the regulatory body waits for clearance from other entities and then give the go-ahead to any DRHP.

What is the Reason Behind Halting of Adani Wilmar’s IPO Approval?

There has been no official comment from SEBI’s side, but sources close to the matter have cited it is due to some pending investigations of Adani Group’s other companies. In July, in a parliamentary session, the Minister of State for Finance, Mr Pankaj Chaudhary has mentioned that different Government agencies are probing the Adani Group.

Customs Authorities and Securities Regulators are looking into this group for non-compliance of rules. Alongside SEBI, the DRI or Directorate of Revenue Intelligence is also investigating certain firms under this group. The charges are the same as above, non-compliance with local laws.

Nonetheless, Mr. Chaudhary did not elaborate on the scale of this investigation or the names of companies under this group under the microscope here.

Furthermore, according to a leading news agency, India’s Securities and Exchange Board was also looking into Adani Power Limited’s plan to delist its shares.

There has been no official communication from Adani Group regarding this matter. However, sources close to the company have mentioned that it was not an investigation. He further claimed that SEBI asked for few documents and sought clarification on a few matters.

Hence, this approval process has resumed. Advisors of the Adani Group are already in talks to go public by the end of this calendar year. But, they need an official ‘green light’ from SEBI.

An Overview of Adani Wilmar

Adani Wilmar is one of India’s premier FMCG companies, with operations spread across manufacturing edible oils, pulses, wheat, flour, rice, etc. Moreover, the company has the largest distribution of edible oils in this country. It has 95 stock points, and 5000 distributors, along with 10% retail penetration.

Incorporated in 1999, Adani Wilmar is a joint venture between India’s Adani Group and Wilmar International Limited.

The company has recently filed a DRHP with SEBI to go public. According to these papers, this public issue is likely to have a valuation of Rs. 4500 crores. Adani Wilmar’s initial public offering will only comprise fresh issue equity shares and no secondary sales.

For further updates on Adani Wilmar’s IPO, stay subscribed to the Angel One Blogs.

Link Intime India Private Limited is the registrar of this Adani Wilmar IPO.

There is no detail regarding the timeline of this public issue of Adani Wilmar.

You can apply for this Adani Wilmar IPO via the Angel One platform and mobile app. But, make sure that your bank account and UPI ID are linked with your Angel One account.