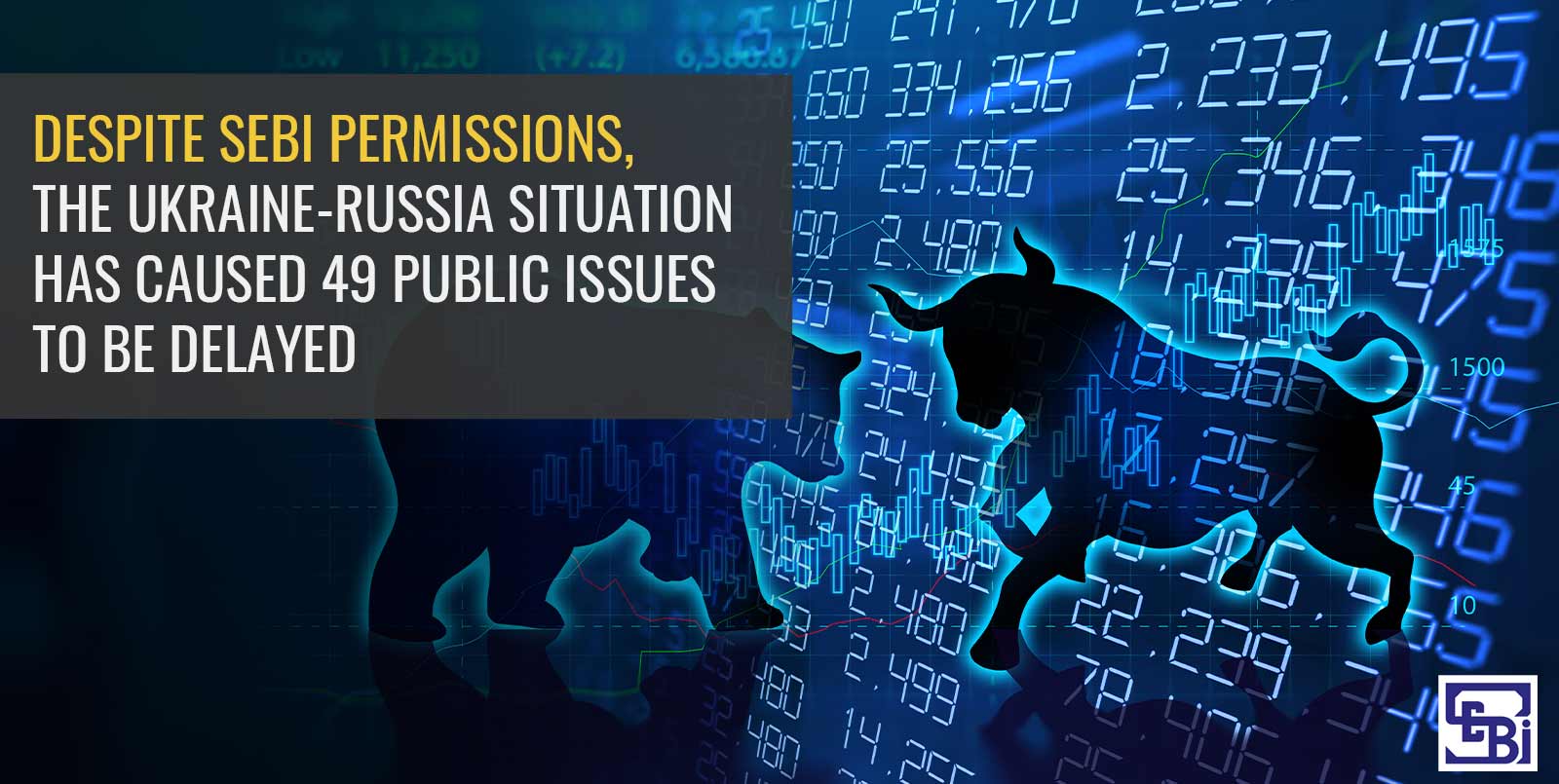 After a stellar year in 2021, the main market has slowed this year, with just three businesses successfully completing public offerings, compared to ten in the first two-and-a-half months of last year. The reason for this is a jittery secondary market, which has been shaken by global turbulence in the aftermath of Russia’s invasion of Ukraine. Moscow’s persistent assertiveness in gaining control of Kyiv, while ignoring Western sanctions, has resulted in inflation and global growth worries.

Given the supply concerns, as Russia exports a significant amount of oil and metals, crude prices traded at $125-130 a barrel after hitting a nearly 14-year high of $139 in the previous session, and industrial metals prices are either at multi-year or record highs now, raising the risk of higher input costs for companies and concerns about the country’s trade deficit. As a consequence, the benchmark indexes, the BSE Sensex and the Nifty50 have corrected 6% since February 24, when Russia began military operations in Ukraine, and have fallen 14% from record highs.

Even FII sentiment is negative, as they have been unrelenting sellers in the market since October 2021, owing to predicted central bank policy tightening in the following months, but they have been more active in dumping equities shares since the start of the Russia-Ukraine conflict. They have sold around Rs 26,000 crore worth of shares so far in March, bringing the total outflow since October 2021 to over Rs 2.1 lakh crore.

The government was compelled to postpone the largest public offering in Indian capital markets, the Life Insurance Corporation of India (LIC) IPO, until next year due to the weakening market circumstances. It was scheduled to complete the IPO by the end of FY22, and it was set to go live in mid-March. The initial public offering is likely to be worth more than Rs 65,000 crore.

Given the massive scale of the LIC public offering, many firms have chosen to remain on the sidelines, as they want LIC to complete its IPO first, which would drain significant liquidity from the market. Another reason for IPO delays, according to analysts, is valuation concerns. Vedant Fashions, Adani Wilmar and AGS Transact Technologies have all conducted initial public offerings in 2022, raising more than Rs 7,400 crore.

“Since a result of the war, IPO preparations have been postponed, as market sentiment has been harmed, potentially jeopardizing high-value IPO plans. Inflation and increasing interest rates are also big issues for stock markets, in addition to geopolitical tensions,” an expert said.

He goes on to note that although good feelings boosted company IPOs and led to IPOs at greater valuations, market attitudes are today negative as global difficulties linger. “This might harm a company’s IPO, and investors want a better exit, which would be tough in such a market, thus IPOs are being postponed.” According to the latest report provided by Axis Capital, 49 firms have received clearance from the capital markets regulator SEBI to proceed with their ambitions to list.

Most analysts believe that this year will see higher public offerings than in 2021, when the total amount raised was Rs 1.3 lakh crore, the most in a single year. The LIC problem is included in this year’s forecast. Apart from that, roughly 45 businesses have submitted preliminary paperwork with Sebi since last year and are waiting for the regulator’s approval to launch their IPOs.