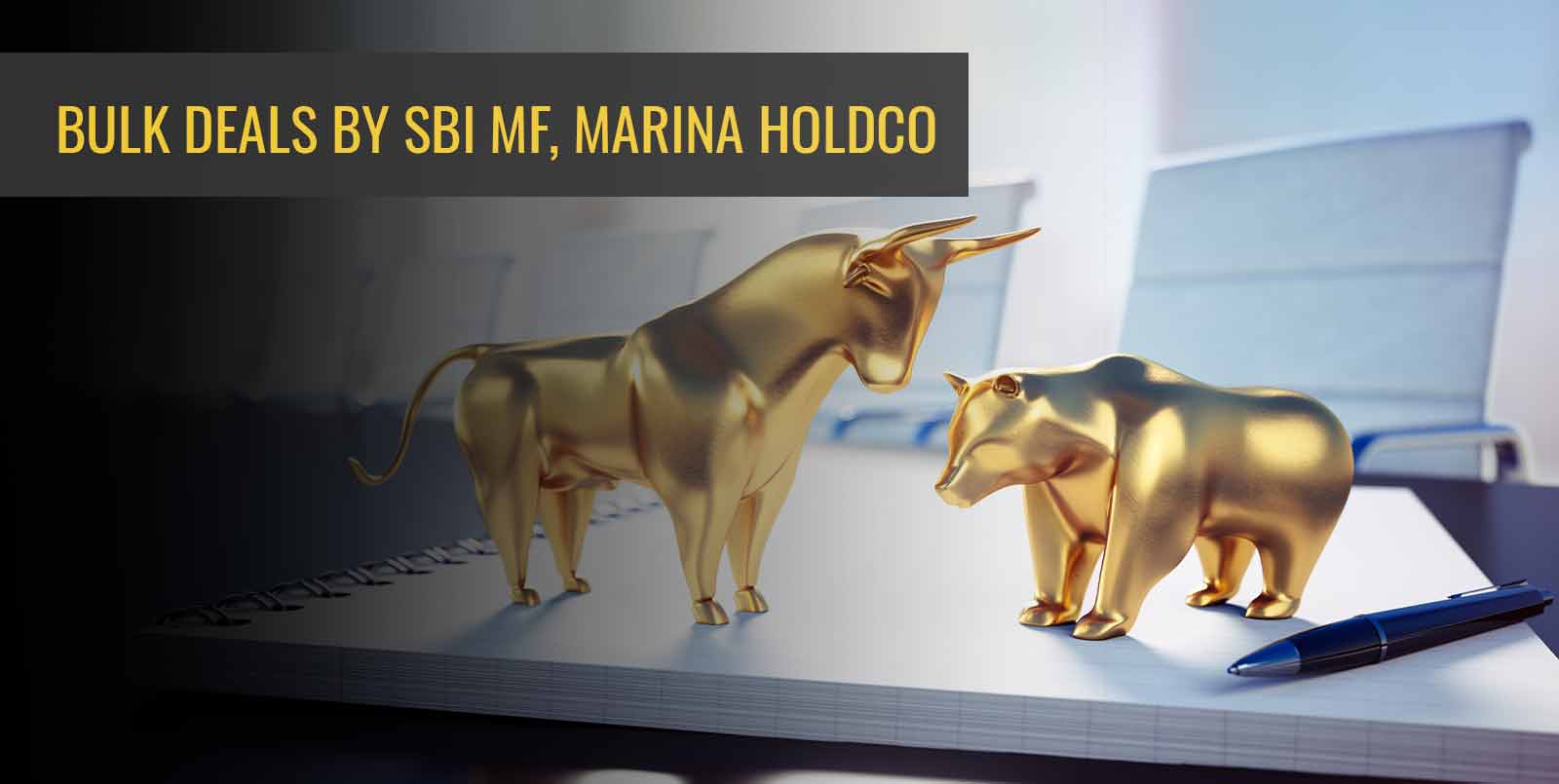 On June 14, SBI Mutual Fund acquired a 1.16% stake in V-Guard Industries, the largest electrical appliances manufacturer in Kerala, at Rs.265 per share. As of March 2021, SBI Small Cap Fund owned 3.35% shares of V-Guard. Chittilappilly Thomas Kochuouseph, whose holdings included an 11.72% stake in the company, sold about 50 lakh shares at the same price.

Marina Holdco offloaded half of its holdings in Zensar Technologies, representing approximately 11% of its total paid-up equity. As per reports, a block deal of almost 2.3 crore shares materialised on June 14.

The Mauritius-based holding company had bought shares in Zensar Technologies in 2015, which means that they’ve had a stake for more than the past five years. As of March 31, 2021, the investment company owned nearly 23%, half of which, i.e., 2,57,50,000 shares, was sold yesterday at Rs.295.16 per share on the NSE. For the quarter ending March 31 2021, Marina Holdco had a 22.83% stake in the software company. The shares were purchased in January 2018 from Electra Partners Mauritius, which was a minority shareholder back then.

Nevertheless, the RPG Group remains the promoter as well as the largest shareholder having a 49.19% stake.

The stock price of Zensar Technologies had been rallying, and it was up by 151.28% in the past year against nearly a 58% surge in the benchmark index. Hence, it appears that Marina Holdco was looking to monetise its holdings.

For the quarter ended March 31 2021, the Pune-based software company recorded a consolidated net profit of Rs.88.3 crore compared to Rs.69.51 crore during the same quarter last year. This represents an increase of 27.1% on a year-over-year basis. However, the company recorded a 13.9% drop in net sales to Rs.876.29 during the quarter ending March 31 2021. Zensar Technologies reported net sales of approximately Rs.1017.79 crore in the same fiscal quarter of the previous year.

These bulk transactions hint at obvious volatility in the respective companies’ cash flow. Resultantly, on Monday, June 14 2021, shares of Zensar Technologies plunged by 6.97% and closed at Rs.289.60. Whereas the benchmark index, Nifty, was up by 0.08% and closed at 15811.85 points on the NSE.