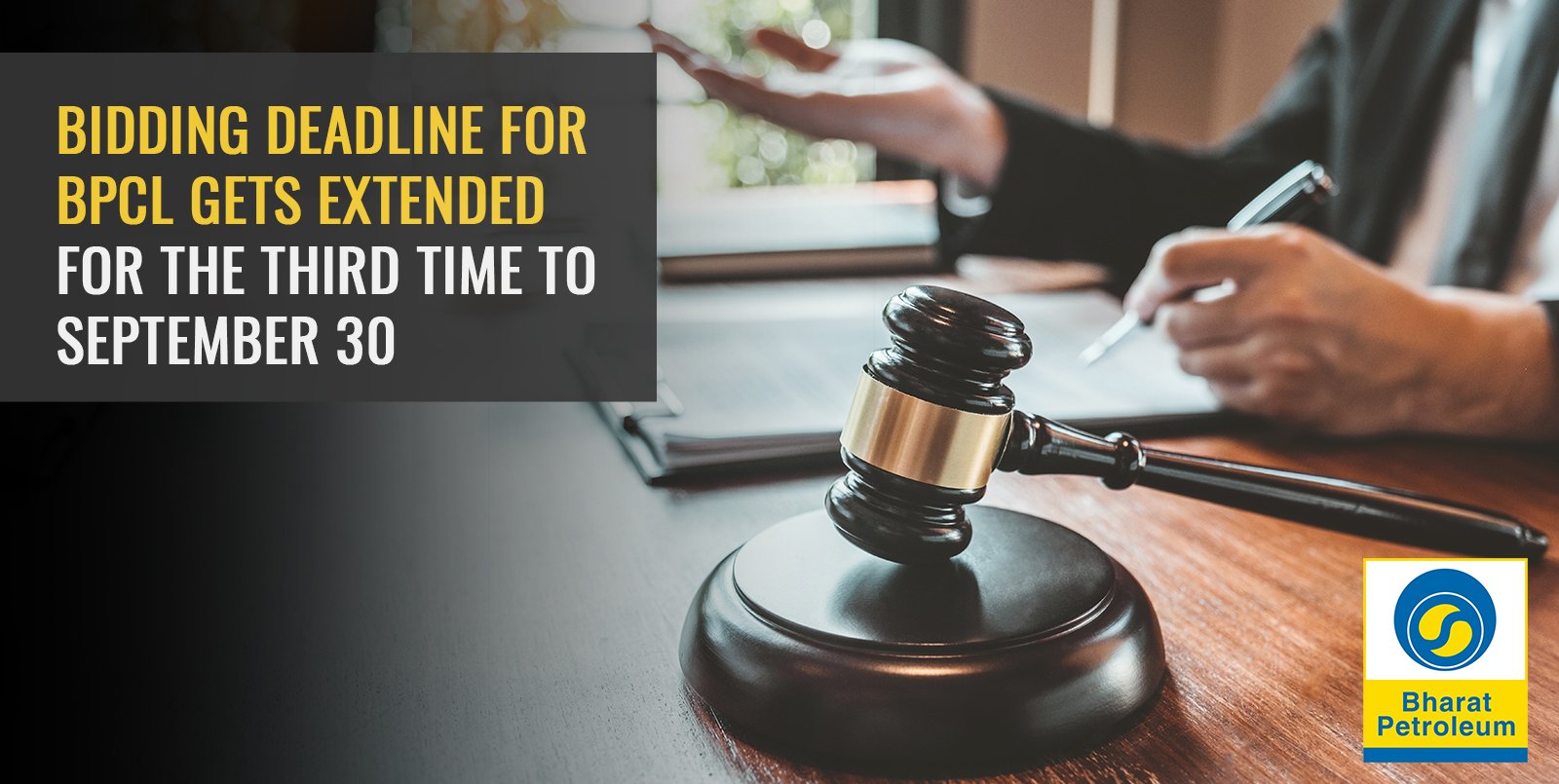 The government extends the BPCL bid deadline for the third time. Bharat Petroleum Corporation Ltd., India’s second-largest oil refiner, is a government-controlled company. In November 2019, the government decided to sell off its entire stake of 52.98 percent to interested private parties.

Although, the cabinet accepted the proposal of disinvesting government equity shares in BPCL last year, the process of inviting EoI (expression of interest) didn’t start until March 2020.

The initial deadline given was May 2, but on March 31, the government extended it for the first time to June 13. Afterwards, the date was changed to July 31. And, in a notice published by the Department of Investment and Public Asset Management (DIPAM) on July 29, the new date of September 30 is announced.

In the notice, DIPAM mentioned that the extension is given keeping in mind the current COVID-19 condition to allow more time to interested bidders.

BPCL divestment consists of 52.98 percent stakes, or 114.91 crore equity shares sale by the government along with shifting the management control to a strategic investor.

The government has already approved proposals to decentralise Air India, BPCL, and Container Corporation of India (CONCOR) to close the enormous budget gap. The aim is to garner enough from the process to cover the deficit. The selling of BPCL shares, however, doesn’t contain BPCL’s 61.65 percent equity shareholding in Numaligarh Refinery Ltd. For Numaligarh Refinery, the government has a separate plan to sell the stakes to a state-owned oil and gas firm. But for BPCL, the government has barred any state-owned corporation from placing EoI. The other significant facts about the BPCL deal are mentioned below.

This is the third extension of the BPCL bid deadline as the government is trying to achieve its goals to privatise the oil refinery company by the end of FY 2020. The government must meet its target, as pointed out by the finance minister in the budget session, to make up for the Rs 2.1 lakh crore fiscal gap.