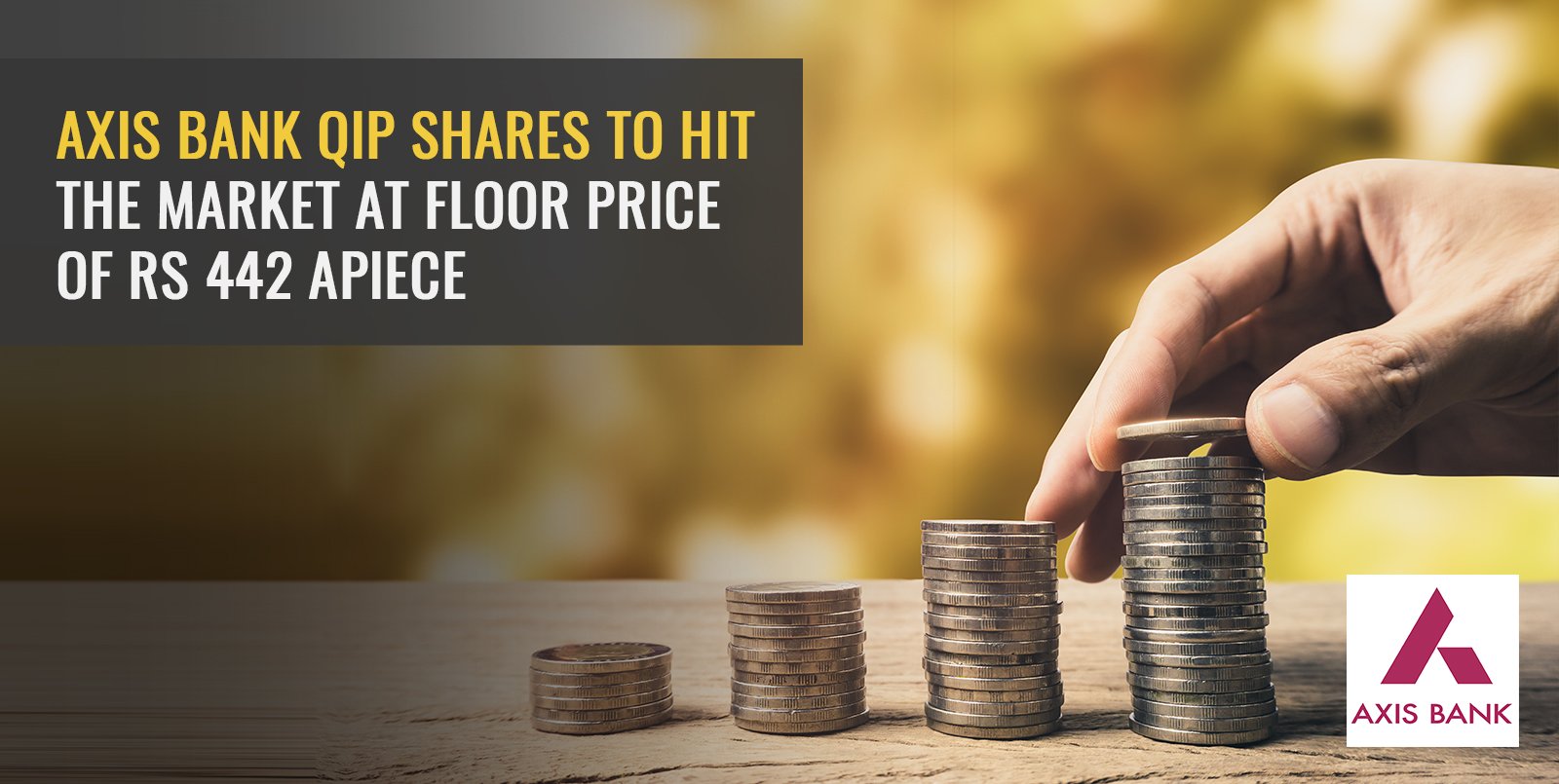 Axis Bank QIP shares will hit the market – announced the bank on Tuesday, August 4. In its annual general meeting on July 31, the bank sought approval from its shareholders to raise funds from the market, the QIP shares are declared after that. Apart from this, Axis also has plans to haul Rs 15,000 crore more via equity route.

Axis Bank is targeting to raise Rs 10,000 crore through QIP placement.  The QIP share launch, a special provision offered by SEBI, is a shorter route for companies to raise capital funds from Indian investors without undergoing the lengthy legal formalities. It allows companies to offer their shares to qualified institutional investors. Under the current situation, banks are facing a tough time to keep their financial positions intact as NPAs and bad loans are rising.  Several Indian top banks are building a war-chest to deal with the difficult time that is coming. According to a report by Crisil, the volume of non-performing assets can rise by 11.5 percent by the end of this year, while loan burden can jump by 8.3 percent. Before Axis, in the last month, Kotak Mahindra Bank, raised Rs 7,442 crores from the market, while ICICI sold the stakes of its insurance arms, ICICI Prudential and ICICI Lombard for a total of Rs 3,090 crore, and Yes Bank raised Rs 15,000 crore through FPOs.

The floor price of the scrips will be Rs 442.19 apiece, but the bank informed that it might offer a further discount of 5 percent on it. Axis Capital, BNP Paribas and UBS are going to assist the bank in managing the deal. After the Axis Bank QIP news, the share prices rose by 2 percent to close at Rs 428.90.

At June end, the capital adequacy ratio of the bank stood at 17.29 percent against the required rate of 9 percent as set by RBI. But the bank is trying further to strengthen its position to battle any adversity arising from the current pandemic condition. The QIP deal will help to bolster its balance sheet and increase its tier 1 capital by 150 basis points. Axis Bank shares sale price targets to raise Rs 10,000 crore – Rs 8000 in a base deal size, with an option to raise Rs 2000 crore more. The bank also has plans to amass Rs 15,000 crore more through equity share sale and in talks with investors like Bain Capital, Carlyle, and Fidelity.

The current pandemic situation and the economic crisis arising from it is becoming a rising concern for banks and other financial institutions. RBI has already warned banks on rising possibilities of non-performing assets in the current fiscal. Due to moratorium and reduced loan repayment capacity of borrowers, the volume of bad loans is steadily growing. It’s not only Axis or Kotak, but more Indian banks are gearing up to boost their capital base to tackle crisis issues. However, on the positive side, as the unlocking process has started, the government policies to boost the economy are also likely to begin taking effects, helping the economy to revive sooner.