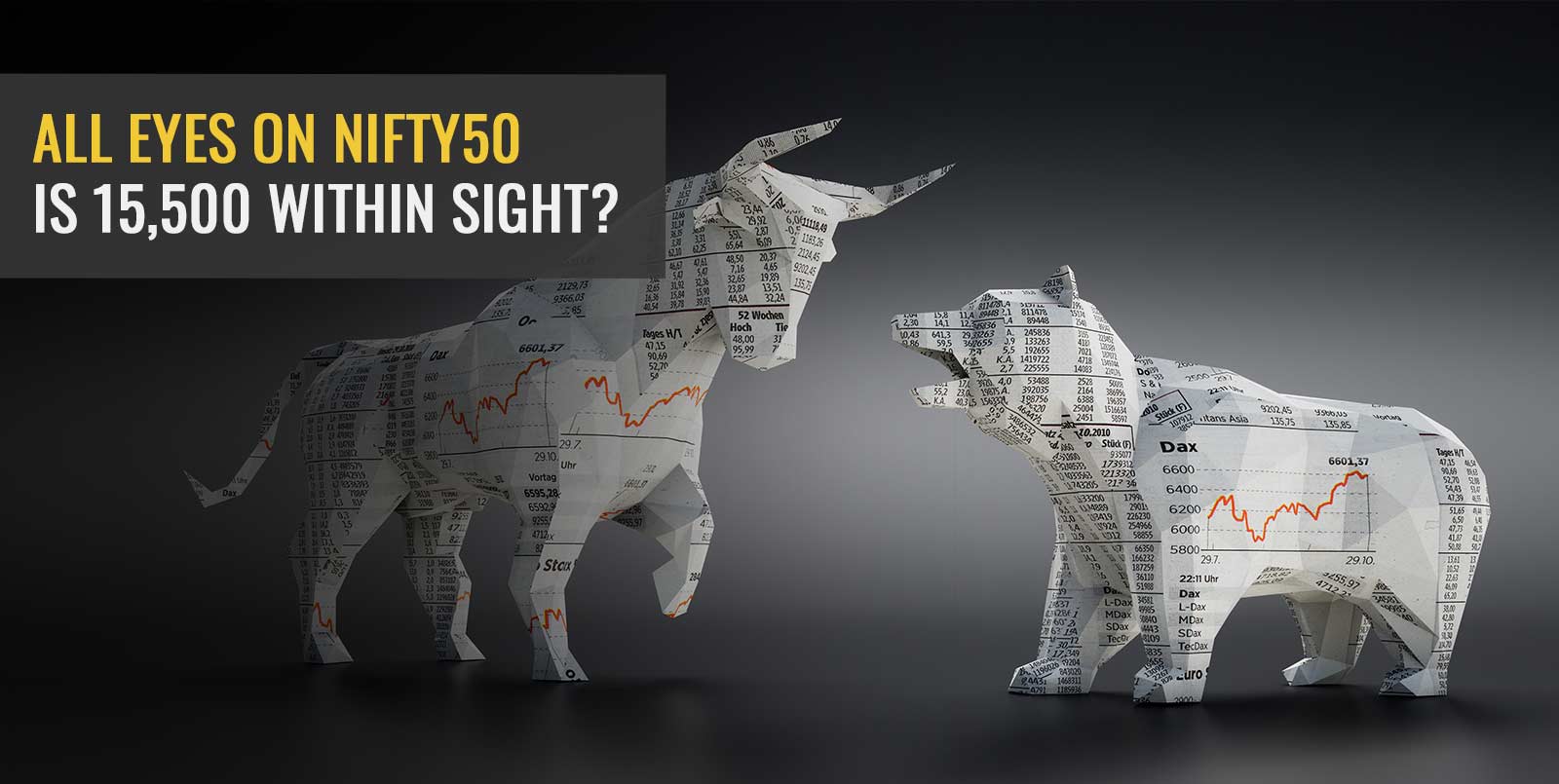 Will the Nifty50 continue its run and touch 15,500 levels? That’s the question on analysts’ minds as they keep a close watch on the benchmark index in the coming weeks.

The Indian markets have seen historic peaks in recent times, first with the BSE Sensex touching 50k levels and then last week, getting to 51,000 and the Nifty50 topping 14.7k levels and 15k level intraday for the first time last week.

The extended run that the benchmark indices are seeing is attributed to many factors, including the liquidity infused by the central bank, economic revival and capex infusion measures announced in the Budget, vaccine rollouts and low-interest rates. The RBI’s monetary policy has also lifted sentiment considerably thanks to its announcement of holding interest rates at record lows. On the corporate earnings front, 34 out of the Nifty50 have reported a 34 per cent rise in earnings year on year for the third quarter of FY21 beating analysts expectations.

As the markets head into the week, it has to be noted that global markets also have been performing well, with US Treasury Secretary Jane Yellen announcing that the stimulus bill could boost employment spring back to normal levels come 2022.

Analysts expect that with 14,700 as a support level, the Nifty50 could head to 15,300 in the near future before topping 15,500. The week ended February 5 saw both the Nifty and Sensex gaining over 9 per cent. The S&P BSE Midcap Index rose 7.3 per cent while the smallcap index rose 6.1 per cent for the week. Nifty Midcap and Smallcap also each rose 7 per cent. All the sectoral indices going into the week starting February 8 are in the green. The Nifty Bank is up 1.75 per cent, while the Nifty Auto is up 1.43 per cent going into the week beginning February 8.

As the Nifty50 scales new levels, it is largely expected that the small and midcap index will continue to shine while large-caps may take a bit of a breather. Small and mid-caps may stand to outperform because of moves to boost economic growth, manufacturing and infra.

FPI and Nifty: It takes two to tango

A lot rests on whether FPI (foreign portfolio investor) flows come in unabated. According to reports, the FPI buying stood at nearly Rs 14,650 crore, thanks to liquidity across the global markets. According to data, foreign investors invested Rs 19,473 crore into Indian equities and withdrew Rs 4,824 crore in the debt segments for January.

In fact, one of the key reasons for the peak levels that the Nifty and Sensex have been hitting has been FPI ownership. According to data from a news report(*), FPI in NSE-listed forms in India hit a five-year record of 22.74 per cent at the close of 2020. The last time NSE-listed firms such a high was in 2015 when FPI was at 23.01 per cent.

In the first week of this month too, FPIs stayed net buyers in the Indian markets. This is the sixth consecutive month that they have remained thus. According to data, between February 1 and 5, foreign investors pumped in Rs 10,973 crore into Indian equities and Rs 1,473 crore in the debt segment. The Budget announcements that focus on reforms, FDI and capex push have triggered a rise in FPI into India during this period.

In the near future, investment from FPIs will keep the Nifty50 top 15,500 levels. India recovering from the impact of the coronavirus pandemic faster than other economies is also one reason why more FPI is being expected. The central banks globally continue to maintain low-interest rates ensuring liquidity and flow of overseas investments into markets such as India. According to the Economic Survey, India has been the only emerging economy to receive FPI inflows into equities in 2020, drawing $30 billion in the first nine months and a record high of $9.8 billion in November 2020. This is indicative of a rise in investment appetite, which can only get better from here on.

Solid earnings growth translating into strong fundamentals and FPI backed by the government and central bank policies will boost expectations of the Nifty50 touching its record peak of 15,500 in the near future.