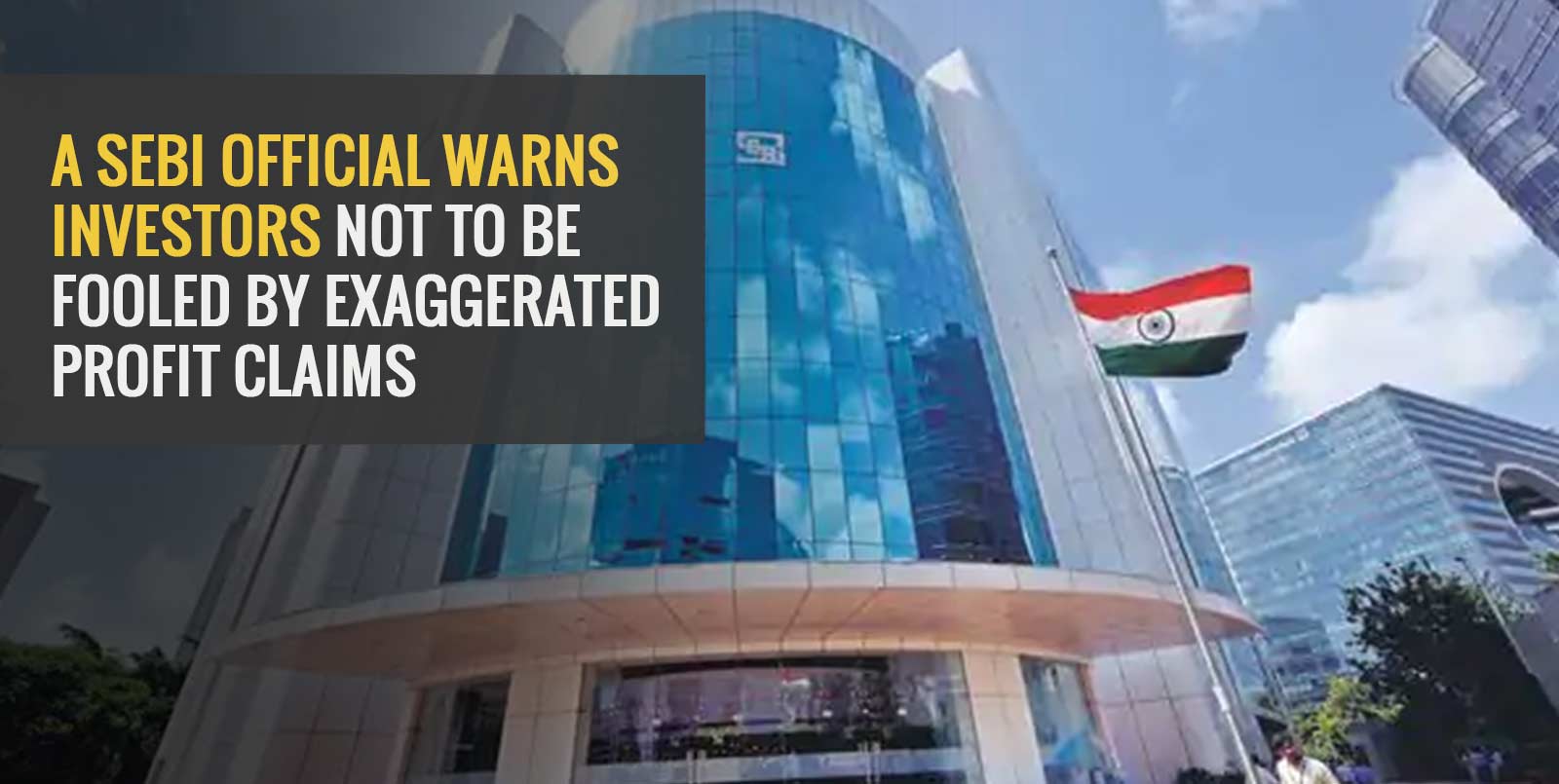 SEBI full-time member, G Mahalingam said on Monday that investors should exercise extreme caution when investing in the stock market and should not be swayed by stories of others’ unrealistic success.

He went on to say that an investor should invest based on his or her personal risk tolerance and devote time to examining the facts.

According to a statement he quoted which was issued by BSE, “a rule of thumb for having stock market exposure is to remove one’s age from 100 and invest that percentage amount in the equities market with the remainder in diversified asset classes.”

He was addressing a physical investor awareness conference organised by the BSE Investors Protection Fund (BSE IPF) in Chennai in collaboration with the markets regulator SEBI, the depository CDSL, and the ministry of finance.

The event was held as part of the “Azadi Ka Amrit Mahotsav” series. This was the first of 100 events intended to commemorate India’s 75th anniversary of independence and encourage investor awareness and education in order to help the country attain financial independence.

“In recent times, SEBI has initiated different measures such as e-KYC for opening trading and demat accounts, pledge framework of securities for margin, interoperability amongst Clearing Corporations, narrowing the period for obstructing investors funds from six to four days in IPOs, and so on,” said Khushro Bulsara, Head-BSE IPF.

These initiatives, according to Bulsara, have resulted in a big number of investors entering the capital market, bringing India’s market capitalization to the fifth largest in the world.

At the event, Mahalingam also announced the launch of pledgecertificate.com, a joint venture between BSE IPF and Priya Agarwal of Vibgyor Education, where investors in India and around the world can create a personalised Certificate of Pledge by adopting prudent investor qualities and pledging to achieve financial independence.

Over 11,000 investors have already generated their own Pledge Certificates, which they are distributing on social media, according to the exchange.

Q1. What is the purpose of a SEBI?

SEBI is a statutory regulatory authority that was created on April 12, 1992. It oversees and governs the Indian capital and securities markets, ensuring that investors’ interests are protected through the development of legislation and norms. SEBI’s headquarters are in Mumbai’s Bandra Kurla Complex.

Q2. What is the primary function of SEBI?

SEBI’s primary responsibility is to regulate the Indian capital markets. By enforcing certain laws and regulations, it supervises and controls the stock market and protects the interests of investors.

Q3. How does SEBI protect investors?

To safeguard the interests of investors in securities, SEBI has introduced numerous provisions such as a screen-based trading system, dematerialization of securities, T+2 rolling settlement, and framed various regulations to regulate intermediaries, issue and trading of securities, corporate restructuring, and so on.