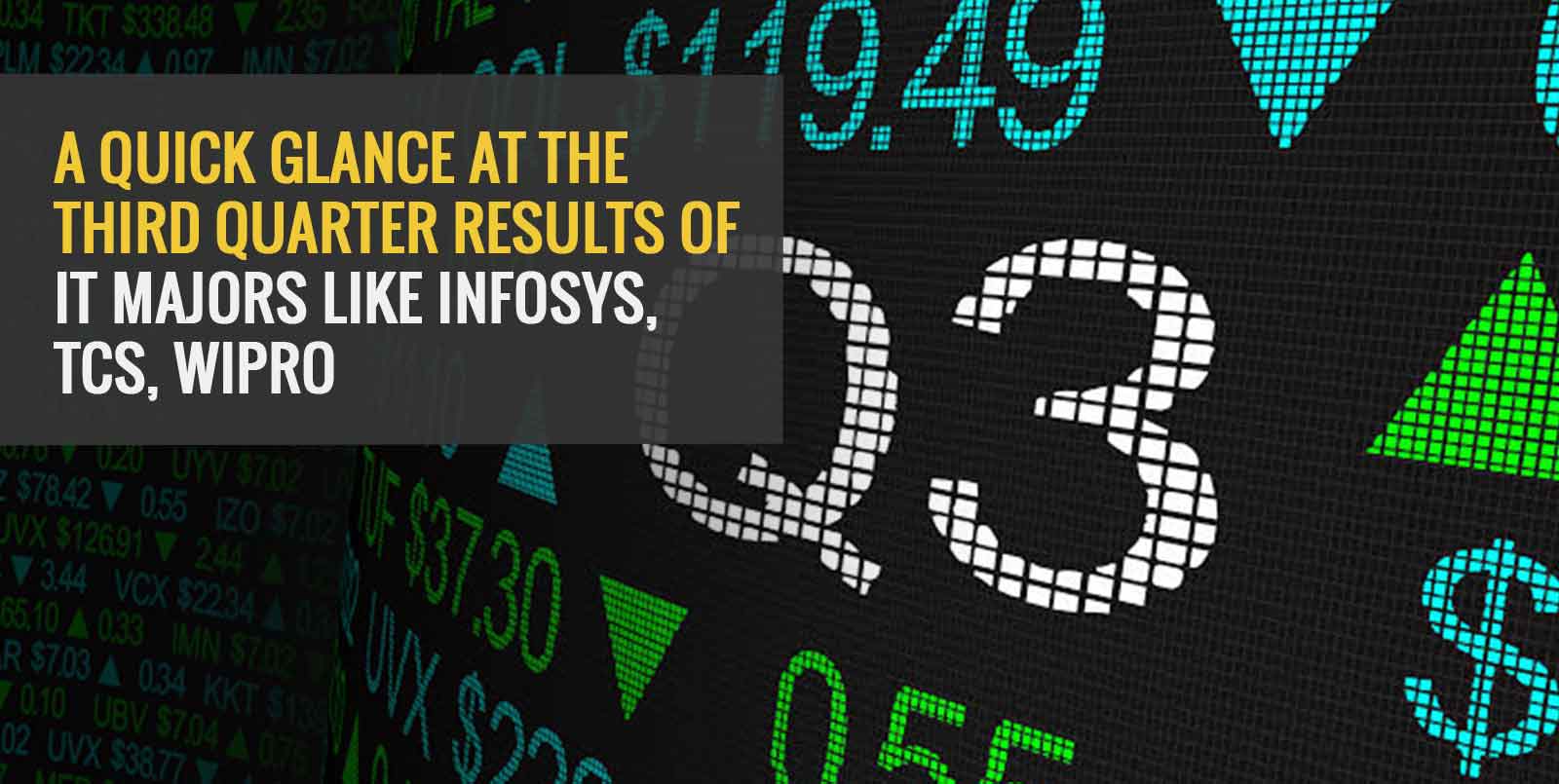 On Wednesday, January 12, 2022, three giants from the IT pack, Infosys, Tata Consultancy Services, and Wipro, reported third-quarter results. This time, the IT index saw an action-packed result day due to all three companies declaring the quarterly results on the same day for the first time.

The rise of digital demand has boosted the tech sector’s performance in the last two quarters. It is expected to continue doing so in the fourth quarter, which is typically the slowest of the year. Ever since the Covid-19 pandemic began, the IT sector has remained boosted.

Here’s the summary of Q3 results for all three companies.

For the third quarter of FY 2021-22, the TCS delivered another stellar performance, driven by robust growth across various vertical and geographic markets. The company has added clients to its base and is looking at a beneficial deal in the future.

The company’s consolidated net profit grew 12.3 pc year-on-year to Rs 9,769 crores. The net profit was up by 1.5 pc compared to the previous quarter.

It reported a healthy growth of 16.4 pc in its consolidated revenue at Rs 48,885 crores for the December-ended quarter. Revenue growth on a QoQ basis was at 4.3 pc.

Infosys, India’s second-largest software firm, reported a growth of about 7 pc in its consolidated net profit at the end of December. The company’s revenues grew 7.7 pc to over Rs. 31,800 Crores during the quarter. The robust growth was mainly due to the company’s partnership with German carmaker Daimler.

The company’s consolidated revenues were expected to grow at a robust rate of 4.5 pc. It beat the estimated and delivered 5.2 pc growth. Salil Parekh is the MD and CEO of the company and he believes that the company’s robust performance is a testimony to the confidence of its clients, who are looking to transform their businesses through digital transformation.

The consolidated revenues of Infosys grew by 7 pc sequentially. The company raised its revenue growth guidance for the next couple of years to 19.5% – 20% from the previous guidance of 16.5% – 17.5%.

The company’s digital services sales grew at a robust rate of 42.6 pc in constant currency terms during the December quarter. The share of digital revenues in overall sales also remained steady at 58.5 pc.

Net profit of Wipro Ltd for the third quarter ended December 31, 2022, rose to Rs. 2,970 crores, from Rs. 2,931 crores delivered in the second quarter. However, their net profit was almost unchanged compared to that of Rs. 2,968 crores were reported during the same period a year ago.

The EBIT was expected to be at Rs. 3,560 crores and the company delivered on point earning at Rs. 3,554 crores meeting the street estimates.

The company has delivered a fifth straight quarter of robust performance, with both revenues and margins growing at a healthy rate. It also added seven new customers during the last 12 months, said the CEO of Wipro, Thierry Delaporte.

As per the industry experts, the various IT companies will be delivering 2.5% to 4.5% growth in revenue in the coming quarters.

How to analyze YoY and QoQ basis?

How did the IT index, Nifty IT, perform on the result day?

The Nifty IT closed almost flat. The previous day’s opening was at 38,605 and it closed at almost the same levels on the day three IT majors declared results. However, the share prices were up in anticipation and some profit booking came in on the same results.