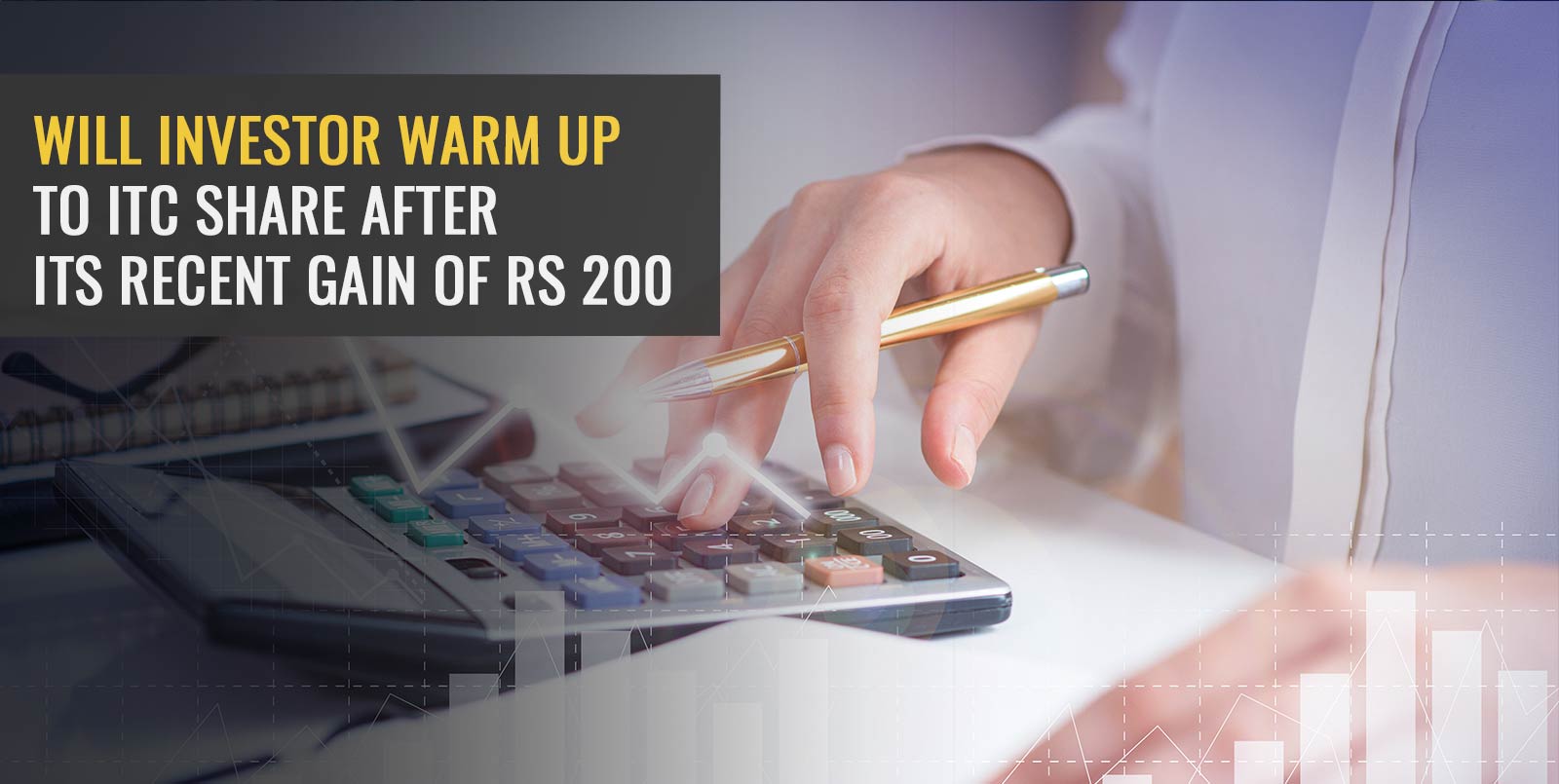 Dent caused by the pandemic is showing in the company’s stock performance. ITC reported YOY decline in its profit during the June quarter report. Global decline in cigarette sales has also impacted the performance of stocks, which remained an underperformer for the last few months. However, last week, giving much relief to the investors, ITC shares broke the months-long barrier to cross the Rs 200 mark, leaving the Dalal street debating on its future performance.

Why were ITC stocks falling?

ITC shares have been underperforming for a while now.

It is mostly the FMCG segment of ITC that has performed well. Otherwise, ITC reported that its net profit has declined by 26.2 percent YOY during June quarter across cigarette, hotels, and paper packaging verticals. Lately, it has remained an interesting stock to keep investors and analysts hooked. In Q3, ITC reported a jump in its profit by 30 percent, beating street expectations, but the stocks continued to remain under selling pressure. ITC stocks have lost 30 percent value in this year.

Analysts think that both local and government policies are responsible for dampening company performance. Although ITC is a conglomerate, it is mainly a cigarette company, which contributes to 40 percent of its share. A recent hike in GST rates on a cigarette and a rising counterfeit market have been eating away into its profit for sometimes now, which the global pandemic has made worse. ITC reported Rs 2,343 crores in losses in the June quarter.

Despite the volatile performance, the market is bullish on ITC stocks.

A global brokerage firm, CLSA reported that the FMCG segment is going to be the value driver for ITC. It estimated EBITA margin of the FMCG segment for ITC to grow at a rate of 30 percent CAGR in the next three years.  ITC earns 59 percent of its revenue from the non-tobacco business, including FMCG. It has a well-diversified portfolio, along with USD22 billion addressable opportunity, which is larger than the market size of its peers. Taking into account the recent performance of the company, CLSA upgraded ITC’s share rating from outperform to buy with a target of Rs 220.

Despite the recent gain, ITC stocks would remain under pressure, mainly due to the underperformance of the tobacco industry.

“ITC continues to be a cigarette company, and it will continue to trade in line with global cigarette companies,” mentioned Hemang Jain, Equity Strategists & Senior group VP of Motilal Oswal as it maintained ‘neutral’ rating on the stocks.

Analysts feel that tobacco business will continue to remain the major for ITC. Even if the FMCG segment grows by 50 percent in FY20 to FY 23, the contribution of cigarette business would still stay at 82 percent, which means that company’s profit would continue to suffer under tight policy changes from the government. There is a possibility that the government would further increase GST on a cigarette in the next budget, which would put a damper into its stock performance. The growing aversion of major investors towards stocks from companies involved in sin business would also remain a concern for the management as it might hamper fresh investment infusion.

ITC would remain one of the strong players in the market. The 110 years old company has a well-diverse portfolio of products to stage a robust comeback in the coming days. Despite market observation, ITC reported decent growth in Q3, increasing its revenue by 30 percent. Experts believe ITC stocks are a good bet for long-term investment. Since March, ITC stocks have gained 40 points and in the last one month, 20 points. Several of the analysts have upgraded their rating of ITC stocks to either ‘buy’ or ‘outperform’ after its recent performance.