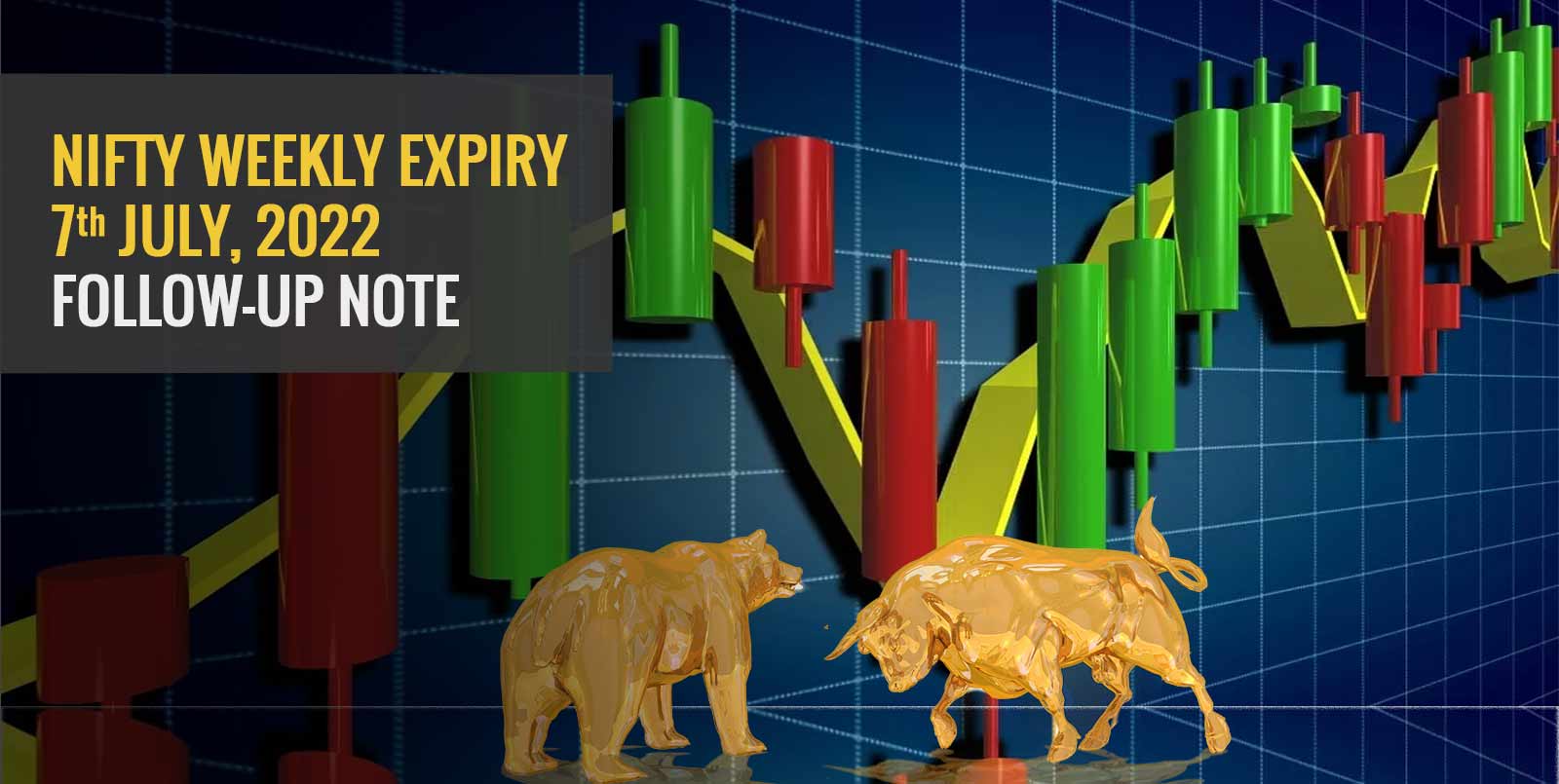 Below was the summary for our analysis:

Monthly time-frame indicates a bearish hold in the market, however there is support from 15200 levels, 16800 being major resistance. 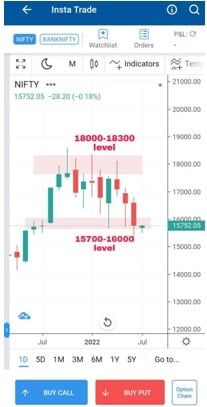 Weekly – Last week candle indicates indecisiveness in market, last week has been very volatile, gave no cues about future direction. For this week, 15900 will act as major resistance zone &15500-15700 being major support. 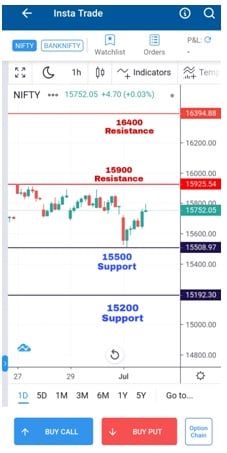 Now, going forward on a Daily time-frame if we analyse:

On Monday – From the lows of 15500 Nifty closed with solid green candle.

So market has recovered in this week, first crossed the resistance of 15700 then 15900 then ready to test resistance zone of 16000

Bears not ready to give 16000 resistance zone.

Bulls are continuously giving pressure, and was not going below 15700.

But In this expiry if Bulls gathered and broke 16000 levels, so new high can be seen in coming days. However from 16000 will act as good resistance zone.

So in this expiry two important levels are must to watch:

However, Bears are continuously trying to defend 16000 level it seems if market spend more time at this level that will give more time to bulls to gather power and break 16200 level soon.