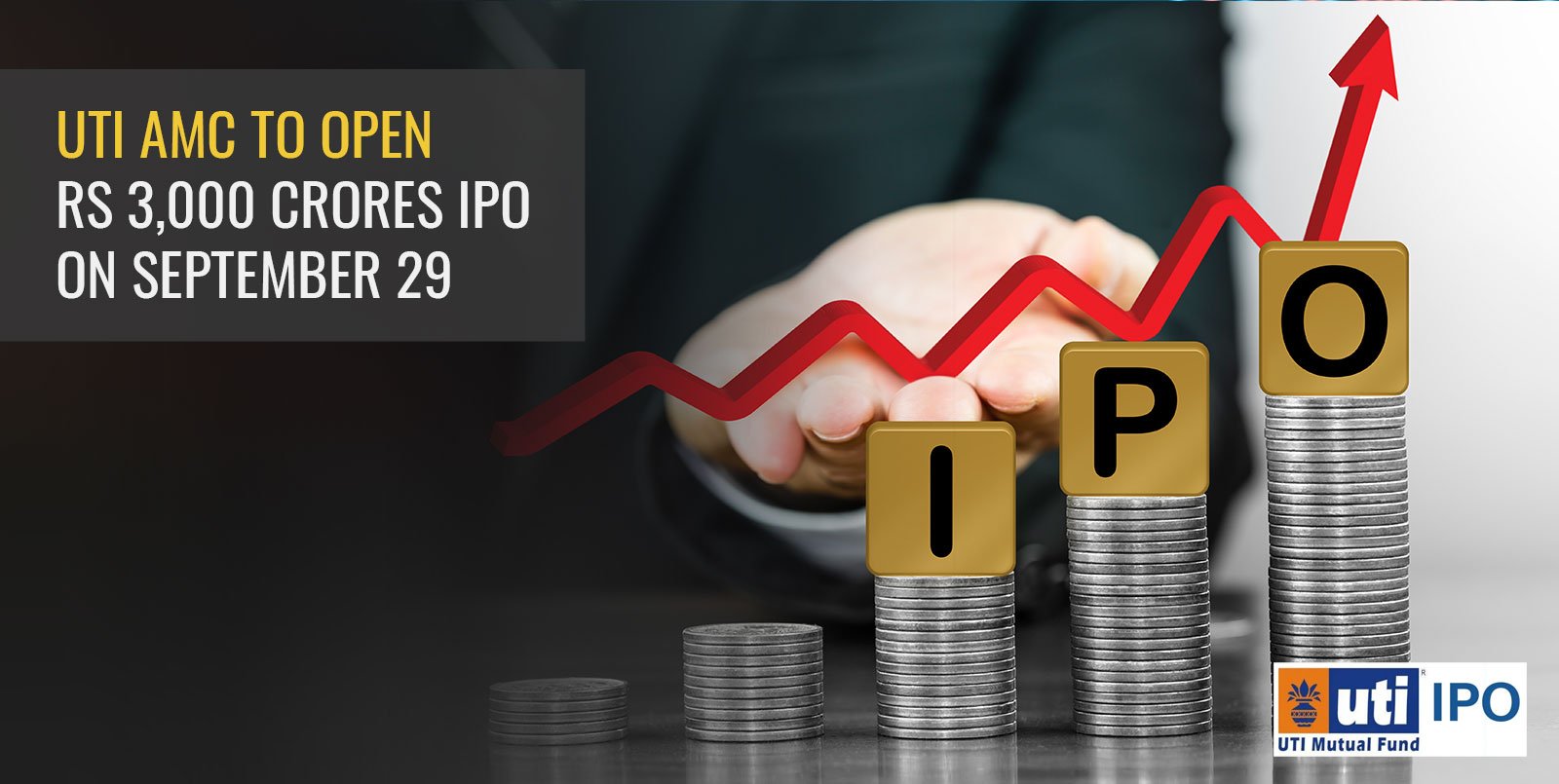 UTI AMC divestment will take place with a maiden offer of Rs 3,000 crore. The company also announced the UTI AMC IPO date, which is September 29.

The much-awaited UTI AMC IPO will hit the market during the last week of September. The IPO market has made a strong comeback after a sabbatical for nearly four months in July amid enthusiastic participation from Investors. Recently, Chemcon and CAMS IPOs have seen bumper subscriptions from investors; both are massively oversubscribed. UTI AMC IPO will make its market debut with Mazagon Dock IPO, the public sector shipbuilder under the Ministry of Defense.

The journey of UTI started fifty-five years ago as the first established mutual funds in India. The corporation has a proven track record in offering an array of investment choices in categories of equity, hybrid, income, liquid, and money market funds.

UTI AMC has four major sponsorers in SBI, LIC, PNB, and BOB and major stakeholder T.Rowe Price International Ltd., which has a 26 percent stakes in the company. All of its major sponsorers and T. Rowe have agreed to divest portions of their stakes through the UTI AMC IPO offer.

Key Highlights of the Offer

UTI AMC IPO will be the tenth firm to hit the market this year, with more companies in line in the coming months.

UTI AMC IPO is one of the much-anticipated IPOs of this year. The company sponsorers in 2019 received a warning from the market regulator SEBI to lower their stakes in the company by December 2020.

You can subscribe to UTI AMC IPO using a net banking facility of your bank. If you are an Angel One customer, you can use UPI as payment mode to block your bid for UTI AMC IPO.