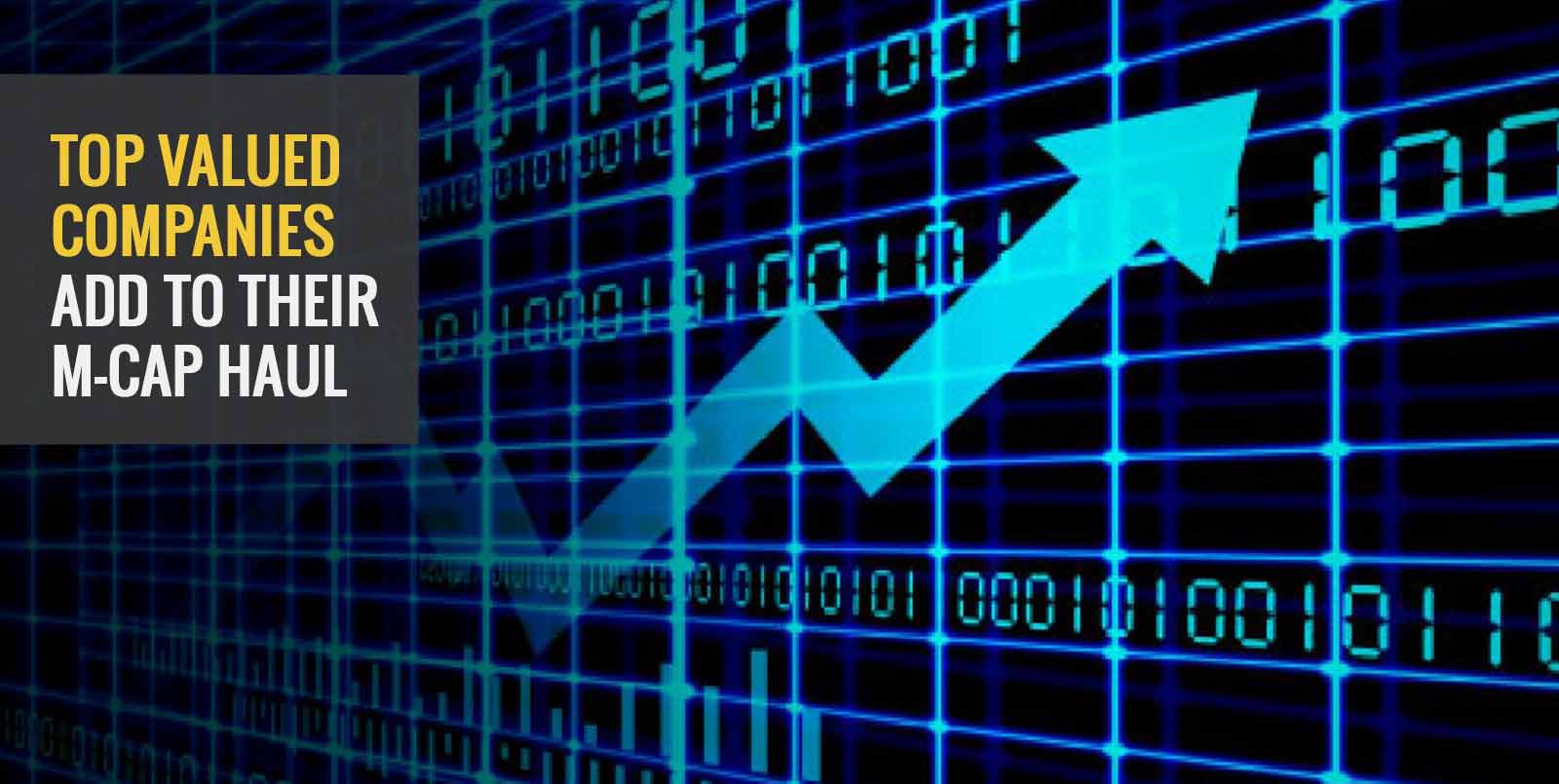 For those who are unaware, market capitalization or m-cap is a vital instrument via which you can gauge the performance of a company. It refers to the aggregate valuation of a given company which is assessed keeping in mind its prevailing share price along with the number of outstanding stocks in their entirety. This market capitalization figure is arrived at by multiplying the prevailing market price of a given company’s shares with the company’s outstanding shares in their entirety.

When looking at the domestic markets today, seven of the country’s leading companies added INR 1.31 Lakh Crore to their market capitalization.

Top Companies Add to their M-Cap

Of the top ten companies in India today, Reliance Industries Limited remains in the lead as the country’s most valuable company. It is followed by Tata Consultancy Services, HDFC Bank, and Infosys. Following them lie Hindustan Unilever Limited, HDFC, and ICICI Bank. Bajaj Finance, the State Bank of India (or SBI), and Wipro make up for the eighth, ninth, and tenth positions respectively.

Of these top ten companies, seven saw their market valuation collectively rise by INR 1,31,173.41 Crores in the second week of August. Hindustan Unilever Limited and Tata Consultancy Services remained in the lead in this regard.

Tata Consultancy Services (or TCS) surged forward as its market capitalization moved by INR 35,344.44 Crores such that it now amounts to INR 13,15,919.03 Crores.

On the flip side, three companies on the country’s list of top ten most valuable companies saw a decline in their market valuation. They were the State Bank of India, ICICI Bank,  and HDFC Bank.

At the helm of the most valued Indian companies remains Reliance Industries Limited. Following it are Tata Consultancy Services, HDFC Bank, Infosys, Hindustan Unilever Limited, HDFC, and ICICI Bank. Bajaj Finance, the State Bank of India, and Wipro come in after.

Q1. Which of the 10 most valued companies saw a dip in their market valuation?

A1. The State Bank of India, ICICI Bank, and HDFC Bank saw a dip in their market valuation.

Q2. Which one of the 10 most valued companies saw the biggest leap in its market valuation?

Q3. What is market capitalization?

A3. Market capitalization refers to the aggregate valuation of a given company which is assessed keeping in mind its prevailing share price along with the number of outstanding stocks in their entirety