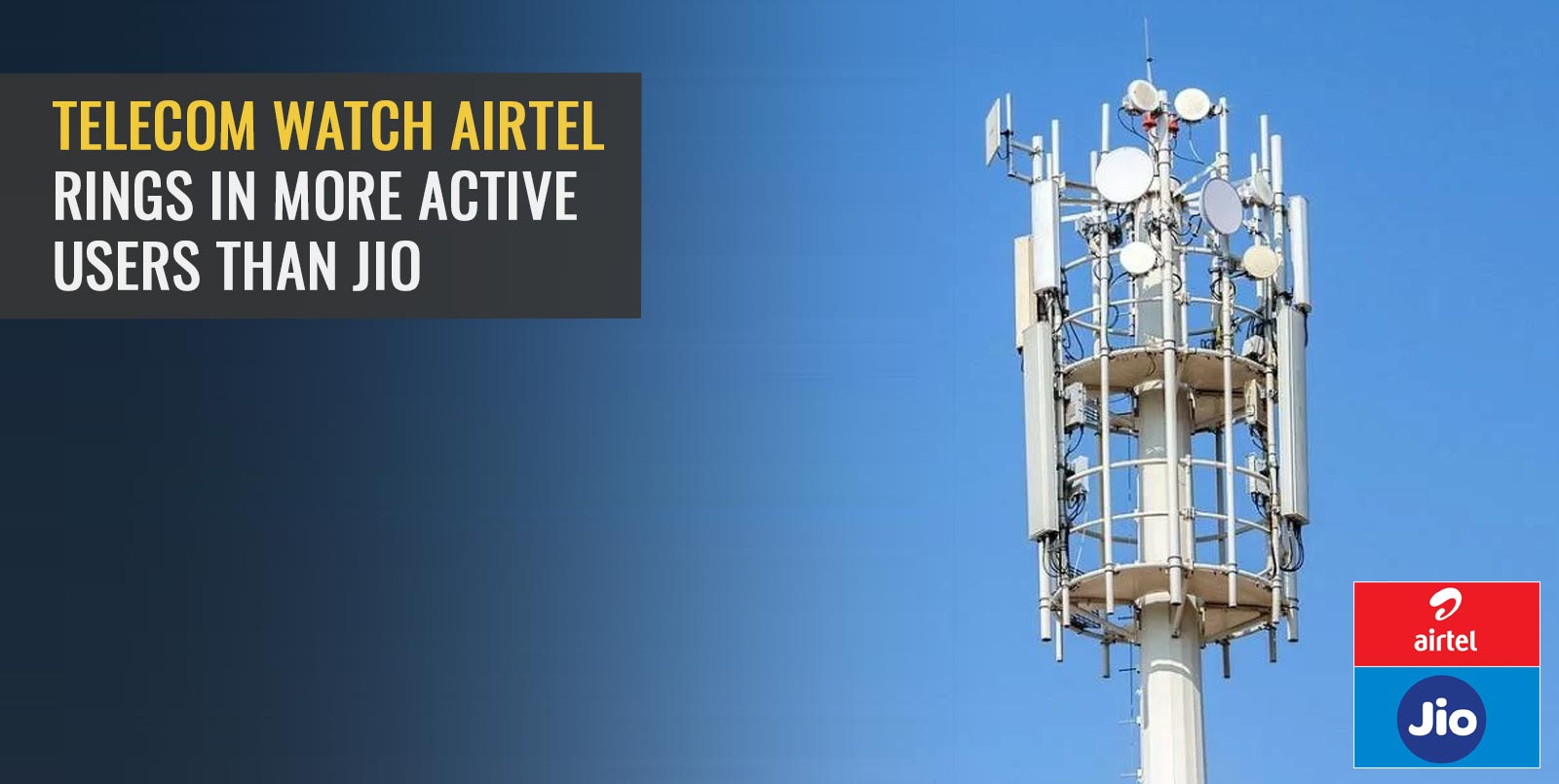 While Reliance Jio’s gross subscriber base got a boost of 4.27 million users to touch 414.9 million, Bharti Airtel added the most number of active subscribers for the third month in a row in February. The gross subscription percentages for Bharti Airtel, Vodafone Idea and Reliance Jio all grew 1.1 pc, 0.2 pc and 1 pc month-on-month in February 2021.

Bharti Airtel has managed to maintain a lead over the other operators when it comes to adding users who are active and regularly paying for subscriptions. Meanwhile, Reliance Jio lost active users for the second consecutive month in February. In February, TRAI data shows that 0.16 million active users have exited the Reliance network when compared to the prior month. Also, Vodafone Idea added new wireless customers in February for the first time since October 2019, gaining 6,52,625 subscribers in February. It had lost 57.7 million customers in 15 months.

According to subscriber data from TRAI, the subscriber base for wireless saw a 0.72 per cent rate of growth to touch 1,167.71 million towards the end of February. The data shows that subscriptions in urban areas grew 0.94 per cent while in rural areas, the subscription rose by 0.44 per cent.

The data for February shows that there was a strong momentum in the market on the back of businesses recovering during the declining phase of the Covid-19 infections and doesn’t take into account the surge in cases immediately after. India is now in the throes of a severe second wave of the pandemic.

What’s in store for the telecom sector?

The markets opened on a negative note on Wednesday, May 12, with the Sensex down 0.45 per cent and the Nifty shedding 0.34 per cent on global cues. However, the markets have been largely resilient in the wake of the second wave, despite lockdowns and restrictions imposed across several key states. There have been corrections in the market from time to time but the benchmark indices have largely shown resilience through the second wave.

With all the three private telecom operators adding to their subscriber base in February, the stocks of these telecom companies will be watched carefully. Improvement in average revenue per user (ARPU) is crucial for telecom companies to boost both their toplines and bottom lines. However, for Jio Platforms, while the fourth quarter net profits increased 47.5 per cent on a 19 per cent revenue growth, its ARPU dropped by 8.5 per cent on a sequential basis to Rs138.2. Jio Platform’s telecom unit, Reliance Jio, saw fourth quarter revenues slip to Rs 17,358 crore from Rs 18,492 crore in the prior quarter.

For the third quarter, Airtel’s ARPU was Rs 166, while Vodafone Idea’s ARPU was Rs 121. The increase in ARPUs will be a key factor when it comes revenue growth and margins, apart from sustaining recovery of the telecom industry. Analysts explain that telcos have increased ARPUs as they have seen an increase in subscriber base. The rise in subscriber base may be attributed to an increase in telecom service consumption during the pandemic. The launch of 5G, upgradation from 2G to 4G and increase in mobile phone usage may further boost ARPUs.

During the April to June quarter, there are concerns that as lockdowns persist, offline recharges may fall, and schools may also close leading to lowering recharges for online learning. There are worries that both Airtel and Jio may see a drop in customer base during the period. Airtel and Vodafone Idea, meanwhile, are yet to announce their fourth quarter results. However, a lower subscriber addition may not impact ARPU as long as the post-paid customer base doesn’t get affected.

According to credit rating agency ICRA, the telecom ARPU may rise to Rs 220 in the medium term and sustain the recovery of the sector. The revenues of the industry is expected to grow by 11 to 13 per cent per year over the next two years, it added. This may be seen as a bright spot for telecom stocks in the coming quarters.

As Bharti Airtel’s active subscription base rises above Reliance Jio’s for the month of February, market watchers will be keeping a close watch on the average revenue per user of these telcos. The impact of the second wave may also be watched closely but largely, the industry is expected to see a rise in ARPU and sustain recovery.