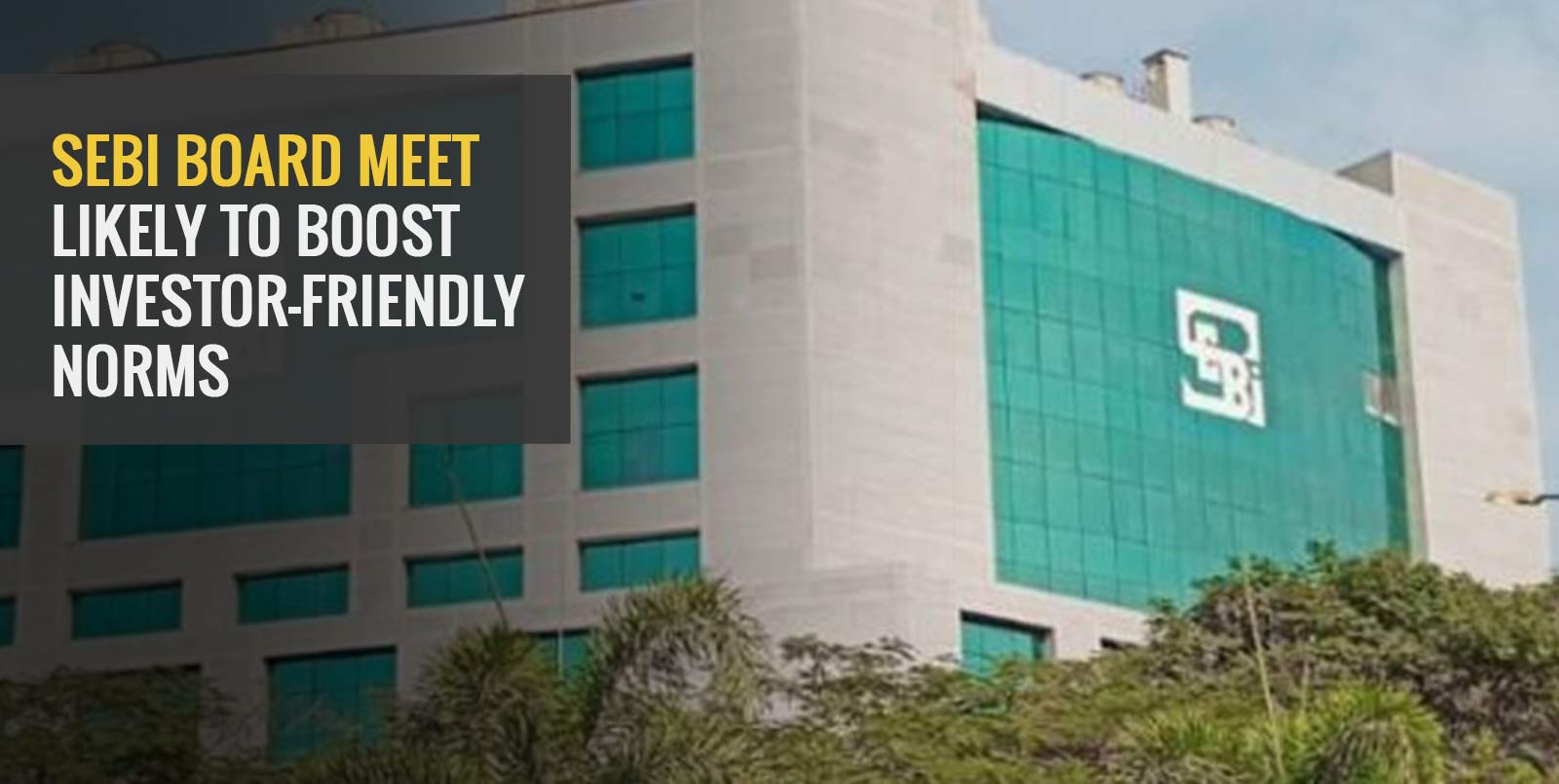 As capital markets regulator SEBI (Securities and Exchange Board of India) is slated to meet on September 28, a slew of investor-friendly proposals may get the go-ahead, according to news reports. These measures include making M&As (mergers and acquisitions) easy for listed firms and altering regulations pertaining to promoters’ superior voting rights in the case of new-age firms, reports add.

Apart from these, the SEBI board may also take up for discussion the proposal to facilitate setting up of social stock and gold exchanges. Further, the board is also likely to take up the plan on easing delisting of companies following an open offer.

The SEBI board may give the green signal to let the acquirer launch the process of delisting and the open offer process simultaneously. As per current SEBI delisting regulations, following the triggering of an open offer, the entity would have to put in place three transactions which are public in order to comply. This applies to cases where the open offer is kickstarted following a share buying agreement. It also applies to a foreign amalgamation that involves the acquirer gaining more than 49 per cent stake from a big shareholder who is exiting or a new issue of shares by the listed firm. The acquisition could be direct or indirect.

In June 2021, SEBI had proposed a new framework pertaining to delisting equity shares of a firm after an open offer. As part of a discussion paper, SEBI had proposed that the framework be put in place only for open offer cases as part of the Takeover Regulations for incoming acquirers looking to jointly or solely take control of the company that is targeted for acquisition. According to the recommendations of a subgroup of the market watchdog’s Primary Market Advisory Committee (PMAC), the acquirer would need to make an upfront statement as part of the first public announcement following the tender offer and in a detailed statement made public, whether there is the intention of delisting or not. If the acquisition is indirect, the delisting intention would need to be stated in the public statement that is made initially.

The Takeover Regulations advisory panel had recommended to the SEBI board to allow delisting after an open offer in 2010 but the market regulator’s board had not accepted the proposal then.

According to SEBI, the term ‘delisting’ means that securities of a company are removed from the stock exchange. Following delisting, the company would not have its securities traded in the specific stock exchange. There are both compulsory and voluntary delisting; in a voluntary delisting situation, a company volunteers to remove or delist its securities whereas in a compulsory situation, it is a penal step by the board for failure to comply. Voluntary delisting occurs when the listed firm goes through a merger or acquisition or underperforms, wishes to declare bankruptcy or seeks to go private.

SEBI mergers and acquisitions regulations involving listed firms in India are governed by Takeover Regulations. Under the Takeover Regulations, after an open offer, the acquirer who is incoming can hold more than 75 per cent or even up to 90 per cent. In order to comply with the requirements for a minimum public holding, the acquirer would need to lower holding to under 75 per cent in a year. The delisting regulations allowed the buyer to go up to 90 per cent to turn the company into a private one. This means takeovers of listed firms are complex, and may put off investors from thinking of control stakes acquisition, note experts. This is why, reports note, SEBI has put forward the proposal that delisting intention would need to be made upfront for both indirect and direct acquisitions.

According to SEBI, the framework was introduced in order to boost founders or promoters who have an executive role in the firm to retain some control for five years, with an extension of another five-year period. In a paper issued in July this year, the market watchdog raised three aspects that could be altered in order to give greater flexibility to founders. As per news reports, the three areas include the minimum holding period of superior rights shares, networth criteria for promoters, and structures that would be eligible for issuance of SR shares. Under the current superior voting rights SEBI framework, SR shares are allowed to be issued only to the founders not part of a promoter group whose total net worth is Rs 500 crore. Also, SR shares are allowed for only founders and promoters, and SEBI proposed to extend eligibility to corporate structures and trusts.

Superior voting right shares, also called SR shares, are defined as shares that offer greater dividends than regular shares. They also don’t come under the one-share per vote principle and help founders retain their control in their firms even after the coming in of new investors. This concept was introduced a couple of years back and ensured that founders had the proverbial “skin-in-the-game” following an IPO. But promoters have voiced concerns over the onerous nature of the rules, which then propelled SEBI to seek feedback and relax the framework.

Among other proposals that are likely to come up for discussion as part of the SEBI board meeting on September 28 include a framework to include non-profits and social enterprises as part of a proposed social stock exchange. This idea, reports note, was floated as part of the Union Budget speech for the fiscal year 2020. Further in May 2021, SEBI had suggested a framework to set up a gold exchange to facilitate the trade of gold in the form of electronic gold receipts. SEBI had noted that the exchange would boost efficiency and transparency in the domestic spot price discovery mechanisms.

SEBI has reportedly proposed a T+1 settlement cycle from January 1, 2022. In a circular issued on September 8, 2021, SEBI said that stock exchanges could choose to offer this T+1 settlement cycle on any stocks after offering prior notice of a month. The board meeting of SEBI is expected to discuss the T+1 settlement India is expected to bring in, following concerns raised by foreign portfolio investors pertaining to differences in time zones and infrastructure. The T+1 settlement India is implementing is a change from the current T+2 settlement that the country switched to from the earlier T+3 settlement back in 2003. After an exchange opts for the T+1 cycle for any scrip, it has to continue with it for at least six months, before switching back to T+2, reports say.

Markets regulator SEBI’s board meeting to be held on September 28 is likely to give the go-ahead to a range of investor-friendly proposals and discuss matters pertaining to easing of merger and acquisition norms for listed firms, a relaxing framework for superior voting rights for promoters of new-age firms, and setting up of social and gold exchanges, among others.

What does delisting of securities mean?

Delisting of securities means the removal of a company’s securities that have been listed on the stock exchange. Following the delisting, the company becomes a private firm.

What are SR shares?

Superior voting right shares or SR shares are those that offer greater dividends than regular or ordinary shares.

What is the T+2 settlement cycle?

What is the proposed SEBI T+1 settlement cycle?

The T+1 settlement cycle, which will come into effect from January 1, 2022, as per a SEBI circular, means that trades get settled one day after the T day.

What is a social stock exchange?

The concept of a social stock exchange means that non-profit or social enterprises can be listed on the exchange. It was first mooted in the Budget speech of 2019-20.

What is a gold exchange?

A gold exchange is one where gold is traded in the form of electronic gold receipts or EGR. The denominations for EGRs proposed by SEBI in India are 1 kg, 100 grams, 50 grams, and even 5 or 10 grams under certain conditions.