Margin is a specific amount that an investor needs to pay to the broker before a trade is executed. The upfront payment of margin was brought in to ensure that it covers any failure on the part of the trader to pay for the shares or contract in the case of futures and options. Margins also offer cover against any possible risk arising out of adverse price movement.

There are different types of margins used. VaR (value at risk) margin covers the biggest loss that can be seen on 99 per cent of days. On liquid stocks, margin covers one-day losses and for illiquid stocks, the margin covers three-day losses. Another type of margin that you may have encountered is ELM or extreme loss margin which is intended to cover extended losses beyond the 99 per cent risk of VaR margin. SPAN is the initial margin that a trader pays to cover 99 per cent value at risk on a one-day time frame. The SPAN margin is used in F&OS. Exposure margin is another F&O margin type where contracts of not just securities but indices are also covered. Exposure margin is an additional margin collected over and above SPAN margin.

Margin reporting till December 1, 2020, happened at the end of the day (EOD) for trades (carry-forwarded) executed on that specific day of trading. The highlight of the new norms brought in by SEBI with effect from December 1, 2020, has been the introduction of peak margin reporting rather than EOD reporting. To calculate the peak margin position intraday, clearing corporations would need to take a minimum of four random snapshots in the day of all margins; the highest of these snapshots becomes the peak upfront margin of the day.

The adoption of the new norms will be done in phases of three months and the complete adoption will be by September 1, 2021.

In Phase 1 (Dec-Feb), the client would need to have 25 per cent of the peak margin available with the broker. In the next phase (Mar-May), the peak margin that needs to be available with the broker is 50 per cent while in the third phase (Jun-Aug), the client needs to have 75 per cent peak margin. By September 2021, clients need to have 100 per cent peak margins. Penalty for margin shortfall or non-collection is in the range of 0.5 and 1 per cent, depending on the short collection. If there’s a shortfall or non-collection of margins for over three consecutive days or over five days per month, the penalty can go up to 5 per cent.

Till December 1 2020, brokerages were free to offer intraday leverage of any amounts. From December 1, the maximum leverage that can be provided intraday has been stipulated. From September 1, 2021, there will be no additional margins apart from VAR+ELM (equity) and Span + Exposure (F&O). But because each stock has a different VAR + ELM, SEBI has proposed that a minimum of VAR+ELM or 20 per cent of trade value would need to be collected upfront (intraday trades included). Most stocks have over 20 per cent VAR and ELM, so this norm means the maximum intraday leverage for stocks is 20 per cent of trade value.

Also, if you are a trader who sells stocks from your Demat or T1 (buy today sell tomorrow), you have access to only 80 per cent credit against the value of sale for any future trades on the day of selling. Before December 1, 2020, traders got 100 per cent credit.

What the new system entails

While the new peak margin rules have been brought in to correct the situation of excess leverage and bring down speculative trading and protect traders, there is also fear that this will lower intraday trading volumes and market liquidity. When there is greater leverage and a high level of trading activity, market liquidity is naturally higher. But because full margin will be needed by September 2021, experts feel that turnover may be affected. According to news reports, the new SEBI norms had a “moderate” impact on December 2020 turnover. Reports say that the NSE retail cash/overall cash average daily turnover (ADTV) dropped 2.5 per cent/10 per cent month on month while NSE retail/overall derivatives turnover changed minus 6.5 per cent/ plus 3 per cent MoM.

However, the trends need to be watched through the subsequent months before it shows the real impact or not on volumes. Other factors such as the sustained bull run in the markets, inflow of FIIs may offset the fear of low volumes and continue to boost investor confidence.

On another positive note, the opinion is that although volumes may be affected over the short term, the greater transparency brought in by new norms would bring in trust and enhance investor confidence in the system. Thanks to the ceiling on leverage vis-a-vis margins, SEBI has created a uniform and equitable system for brokers. The SEBI norms may bring short-term pains but long-term rewards by making the stock markets, brokerages and trading an efficient and fair system. 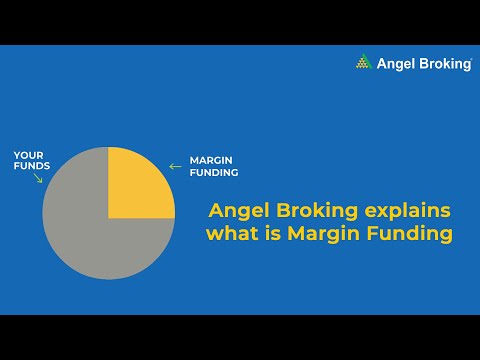