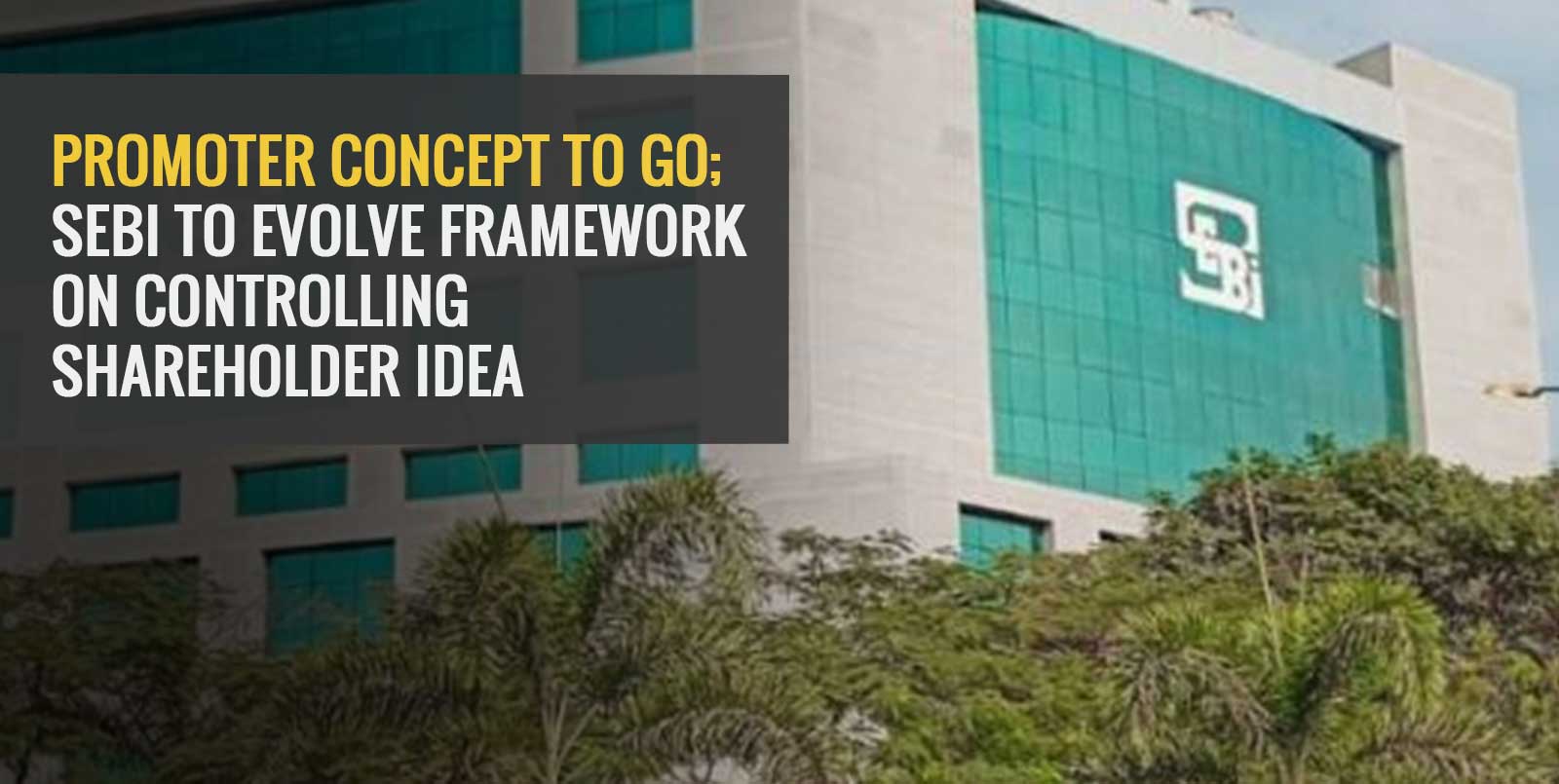 Capital markets regulator SEBI is reportedly deliberating on the issue of transitioning from the long-held promoter concept to controlling shareholder idea. Reports say that SEBI plans to deliberate with the RBI, the Ministry of Corporate Affairs, and insurance regulatory and development authority IRDAI so as to come up with a framework on the issue.

Thus far, in any listed company, shareholders are categorised as promoter/promoter groups and other shareholders who have no connection formally with the promoter group. As per SEBI regulations, a promoter is a person or persons in control of the issuer, or peron/s who play a role in formulating a plan following which specified securities are offered to the public. Thus far, SEBI also defines a promoter as a person or many persons who are named in the offer document as promoters. The promoter group may include the promoter or an immediate relative of the promoter. The definition by SEBI also notes that a promoter group could be a subsidiary or holding company of a body corporate. The promoter, if an individual would hold ten percent or more of the equity share capital in an entity.

At a board meeting held in August, members granted a go-ahead in principle to the transition and recommended that the regulatory watchdog develop a comprehensive roadmap for the smooth implementation of the concept. According to SEBI, the reason for the move away from the traditional concept of promoter or promoter group is that over a period of time, the stakes of promoters have dropped even as institutional investors seem to increase their participation. The evolution of many new-age firms that don’t have promoter holdings is another reason, experts note. Many tech firms, including unicorns, are not family-owned businesses and may not have a clearly identifiable promoter or promoter group.

In May 2021, SEBI had first proposed the rationalisation of promoter group definition and shifting to the idea of “person in control”. Apart from this, the markets regulator also proposed the reduction of minimum lock-in period for promoters and shareholders after an IPO. The regulator notified the same in August 2021, and lowered the minimum lock-in for investment of promoters after an IPO to 18 months from the earlier three years. However, the condition was that the issue involved an offer-for-sale (OFS) or financing for reasons other than capital expenditure for projects. The regulator further reduced the lock-in period for promoter shareholding of over 20 per cent from one year to six months.

Experts note that other regulators like the IRDAI and RBI have the promoter concept in their regulations, drawn from SEBI’s rules. The Reserve Bank of India uses the concept of the promoter when it issues banking licences and the IRDAI uses the concept to define limits of ownership and the liability of the same. The SEBI move to shift away from the concept of promoter tag will therefore require a similar deliberation on the part of other regulators, experts note.

Analysts also note that the shift from promoter to the person in control and the reduction of the lock-in period would make promoter exits easier than the current process, which is considered complex.

Markets regulator SEBI is deliberating with other regulators like the RBI and IRDAI as it tries to shift away from the conventional concept of promoter towards controlling shareholders, even as the investor landscape is undergoing changes. Promoter shareholdings are reportedly dropping as institutional investments increase, with many new-age and tech companies taking shape.

What is the SEBI stand on promoter and promoter group concept?

Market regulator SEBI seeks to move away from the prevailing concept of promoter/promoter group as many new-age firms are backed by institutional investors and not promoters.

Who are institutional investors?

Institutional investors are individuals or organisations that collect funds from many sources in order to buy and sell securities. They could include mutual funds, hedge funds or pension funds, among others, and hold significant stakes in publicly-traded firms.