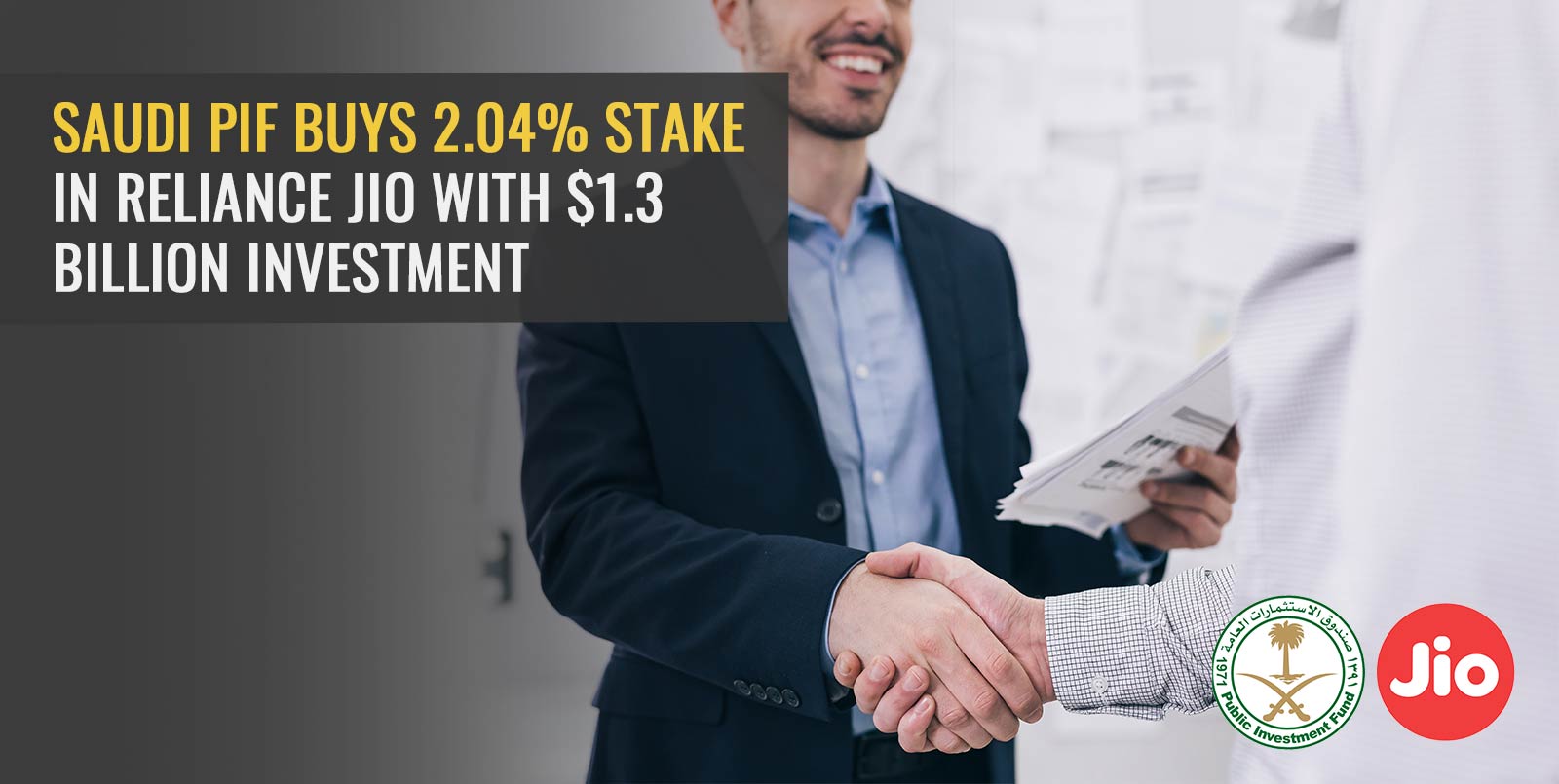 Reliance has been on a fundraising spree to cut down its net debt to zero. Last month Reliance raised Rs 53,125 cores in rights issue sale. Along with stake sale of Reliance Jio, the company has raised a total capital of Rs 168818.95 crores from the market. Ambani has sold approximately 25 percent stake in Reliance Jio since 2020.

Saudi Arabia-based Public Investment Fund (PIF) is a sovereign investment fund, engaged in the activity to find investment opportunities for the government. Founded in 1971, PIF is one of the leading sovereign wealth funds in the world with the total estimated asset of USD 400 billion.

How Jio Is Managing To Raise So Much Investment

It may seem odd that when the world economy is staring at a recession, Jio is striking one winning deal after another. Let’s understand what is motivating global investors.

Reliance Jio is no small company. It is a part of the large Reliance Industries conglomerate. Within a short span of time, Jio has become the largest telecom company in India, with a client base of nearly 400 million mobile customers. Not only that, Jio is a profit-making company. It makes absolute business sense to back a platform which is growing and profitable. Commenting on Facebook Jio deal, Mark Zuckerberg said that he believes that with huge potential Jio will disrupt India’s massive market with its technology.

Morgan Stanley, which is helping Reliance in managing the deal, said the company is working on a plan to reduce additional Rs 1,67,453 crores debt in the next nine months through selling of 50 percent stakes of retail fuel stations to British Petroleum (BP), selling of tower InVit, and by slowing investment.

According to market reports,  Saudi PIF to invest in reliance retail as well.

Jio PIF deal is a boost to Ambani’s aspiration to shift the momentum from oil to telecom by creating an all-digital massive market for its customers.