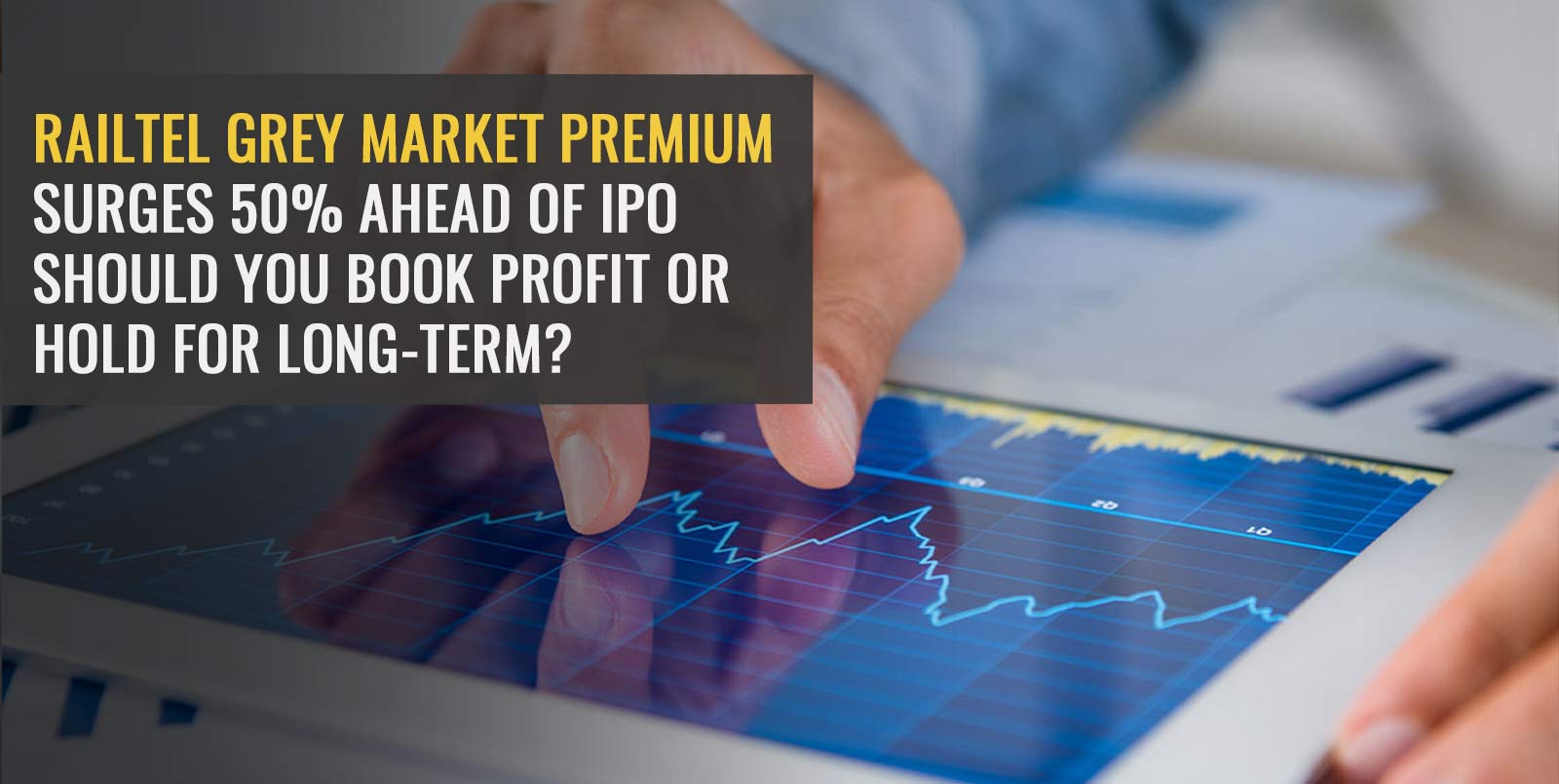 The grey market premium is a critical metric that tells investors about the demand for the IPO in the market. It indicates the number of takers in the market once the IPO launches in the bourses. On Saturday, Railtel shares, the largest neutral telecom infrastructure provider in India, traded at Rs 141, at an upside of 44 to 50 percent.

Railtel is one of the Mini Ratna companies. After IRFC IPO launch in January, it is another Railway company to float an initial public offering. The two days subscription window will remain open from February 16-18, 2021.

The offer size, containing OFS shares worth Rs 811-819 crores, will launch in the price band of Rs 93-94 per share. RailTel divestment decision was taken in 2018 by the Union government. The cabinet approved diluting up to 25 percent stake in the company.

Incorporated in 2000, RailTel is responsible for providing various ICT services to the Indian Railways. As of January, it owned a fibre network covering 59,098 kms across 5,929 railway stations in the country. The company runs data centres in Gurugram, Haryana, Secundrabad, and Telangana where it hosts and collocate critical applications for customers including the Indian Railways. Apart from it, RailTel Corporation is involved in upgrading and modernising the existing telecom system of train control.

Regarding IPO valuation, the company shares are launching at 33.1x P/E at the upper price band of Rs 94 and at 2.2x P.BV, which is high for a PSU unit. However, after an acceleration in the grey market price, analysts expect the company to make a strong debut. Several market research and stockbroking firms have given ‘subscribe’ status to this IPO for the long term. Others are sceptical regarding its high valuation.

Railtel IPO is the fifth railway company IPO, after IRCTC, RailBikas Nigam, IRCON International, and RITES. These companies have generated more than 100 percent return for investors investing at their issue price.

RailTel has steadily paid a dividend since 2008, is net debt-free, and has a better margin and return ratio than other telecom companies. Investing in RailTel could be better for long-term investment.

Railtel IPO is the seventh IPO of 2021. In January, IRFC or Indian Railway Finance Corporation was the first IPO to launch, received moderate oversubscription. The market is positive that RailTel would make a good listing, and investing in it would pay off in the long run.