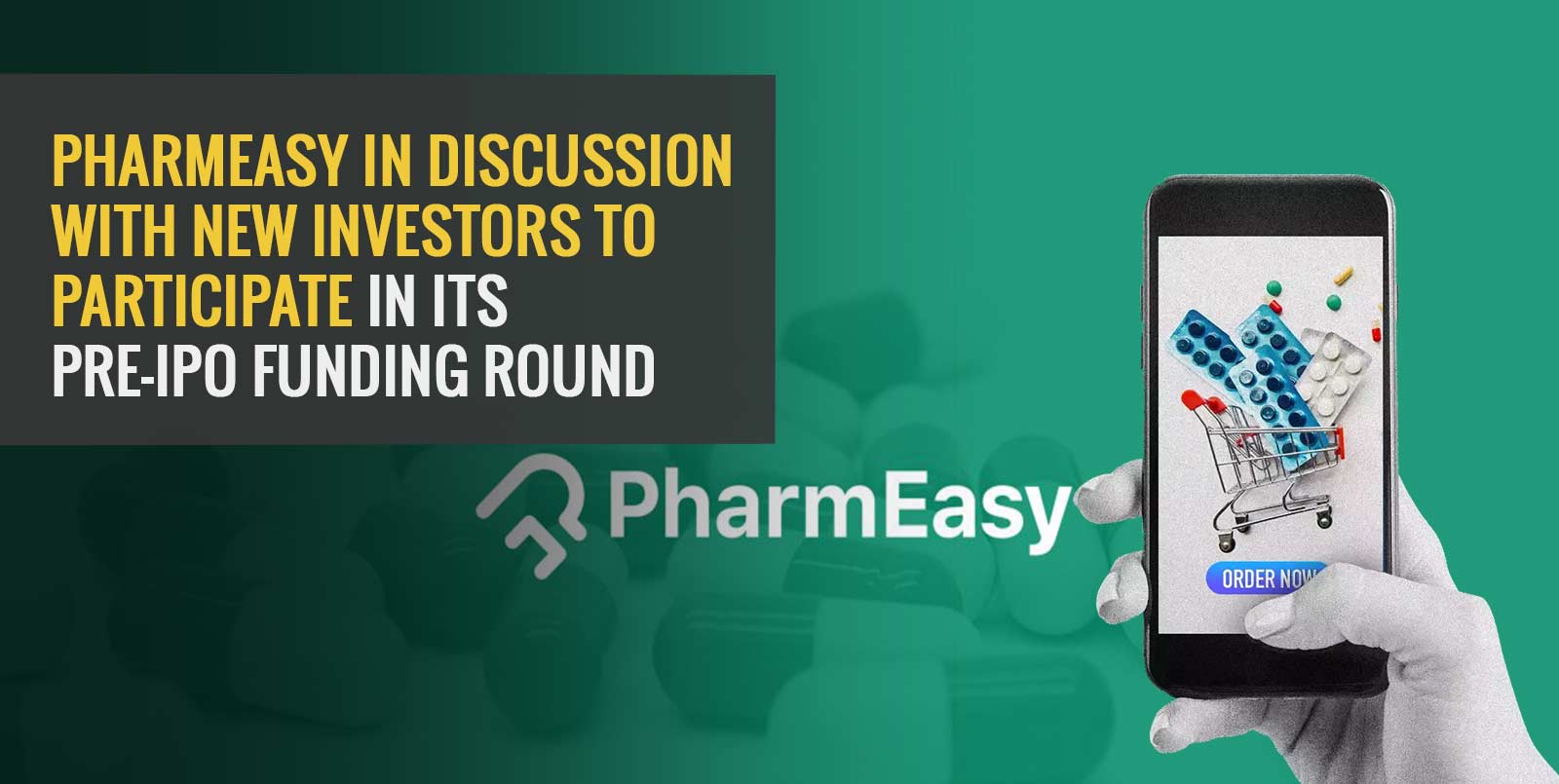 As on Monday, 4 October 2021, new investors like IIFL and Steadview Capital are discussing with PharmEasy to participate in its pre-IPO funding round. A US-based hedge fund has also shown interest to participate in the same and is currently in talks with the e-pharmacy.

In addition, PharmEasy has confirmed a subsequent transaction of nearly $100 million which will mark the partial exit of some existing investors.

The parting investors include Eight Roads Ventures, Fundamentum and Bessemer Venture Partners. Fundamentum is the venture fund of Nandan Nilekani, the co-founder of Infosys.

PharmEasy is a growing Indian e-pharmacy and the sole unicorn startup in the domain of healthcare. Founded in 2014, it currently works with more than 6,000 clinics and 90,000 retailers to provide a B2B pharma marketplace.

PharmEasy’s goal is to modernise and simplify India’s healthcare scene. It provides an online platform where patients can connect with numerous local pharmacy outlets. As a result, patients can get medicines and medical equipment delivered directly to their doorstep without any hassle.

This way, PharmEasy soon became the most prominent online pharmacy in India. In addition, it also acquired another online pharmacy, Medlife, in May 2021.

Find Out More about the Proceedings

PharmEasy confirmed its IPO deadline of October 2021 back in August this year. Competing against 1mg (Tata) and Netmeds (Reliance Industries), PharmEasy aimed at fetching a $9-10 billion valuation with a public listing.

In September 2021, PharmEasy raised a primary capital of nearly $200 million with the help of investors from Southeast Asia and the US. However, the e-pharmacy was on its toes to set up a secondary deal before filing its DRHP.

As per sources, the new investors are speaking of investing in the ongoing funding round through primary as well as secondary sales of the shares.

PharmEasy will issue new shares in the primary funding round to acquire the capital. After that, some of the existing investors will partially or fully sell their shares to new investors directly in the secondary transaction.

With this arrangement, PharmEasy’s parent API Holdings is currently about to close in on a funding of $300 million.

In FY20, the revenue or turnover of PharmEasy was Rs. 637 crores.

The founders of PharmEasy are Dharmil Sheth and Dr Dhaval Shah.

In June 2021, PharmEasy announced to buy majority shares of Thyrocare and become its 66% stakeholder.