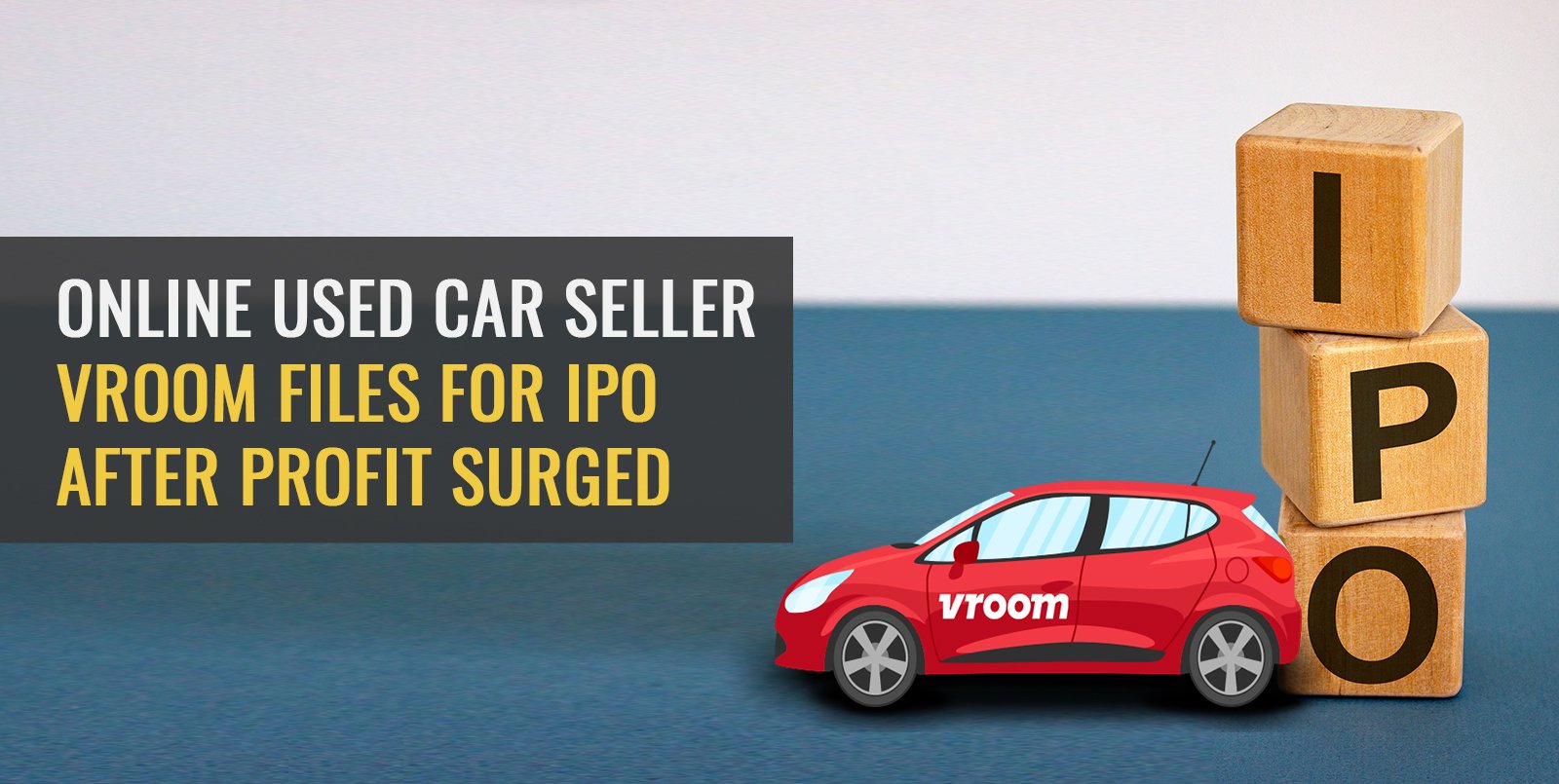 It plans to list in Nasdaq Global Market under the symbol, VRM. Vroom’s rival Carvana Co. went public in 2017.

Vroom’s profit in the recent quarter increased by 160 percent after online trade surged amid the CoronaVirus outbreak and customers started opting for no-contact purchases. During the first quarter of 2020, Vroom’s revenue jumped by 60 percent, and its net loss came down to $41.1 million from $45.1 million a year ago.

Vroom is an e-commerce platform from the USA for buying, selling, and financing used cars through its website.  Started in 2013 by Marshall Chesrown, Kevin Westfall and Scott Chesrown, Vroom has led the way to introduce a digital business model in the automobile sector and offered both buyers and sellers a no-haggle pricing platform to conduct business. Vroom has already raised over $440 million in Venture Capital, and Private Equity before the decision to go public has come.

The automobile industry is shifting gears under the current situation

The pandemic condition has impacted both sales and marketing sides of the car industry. There is a significant slowdown in demand as travel is restricted in most countries. In the USA, new car sales declined by 35 percent and new vehicle sales sunk by 55 percent according to data published by Cox Automotive. The picture is similar worldwide. Many showrooms are shut, and several top brands have suspended production and launch of new cars. Consumers are inclining more towards online platforms, which increased business volume for online traders and comparison sites.

Why Vroom listing is significant

It came at a time when many big companies are postponing public debut. Apart from that, the company isn’t a profit-making one. Between March 11th and March 31st, its revenue reduced by 15 percent due to low consumer demand; though demand has since returned to pre-COVID-19 level.  Vroom has also reduced its workforce by one-third. In such a scenario, Vroom’s decision is significant. Experts feel it is due to new relaxations offered by the government and ongoing concerns over using public transports and ride-hailing services.

The automobile industry worldwide is reeling under the ongoing economic crisis. Amid this, Vroom Inc. filing for IPO is a cue that the industry is on a path of revival and demand is returning to the market.