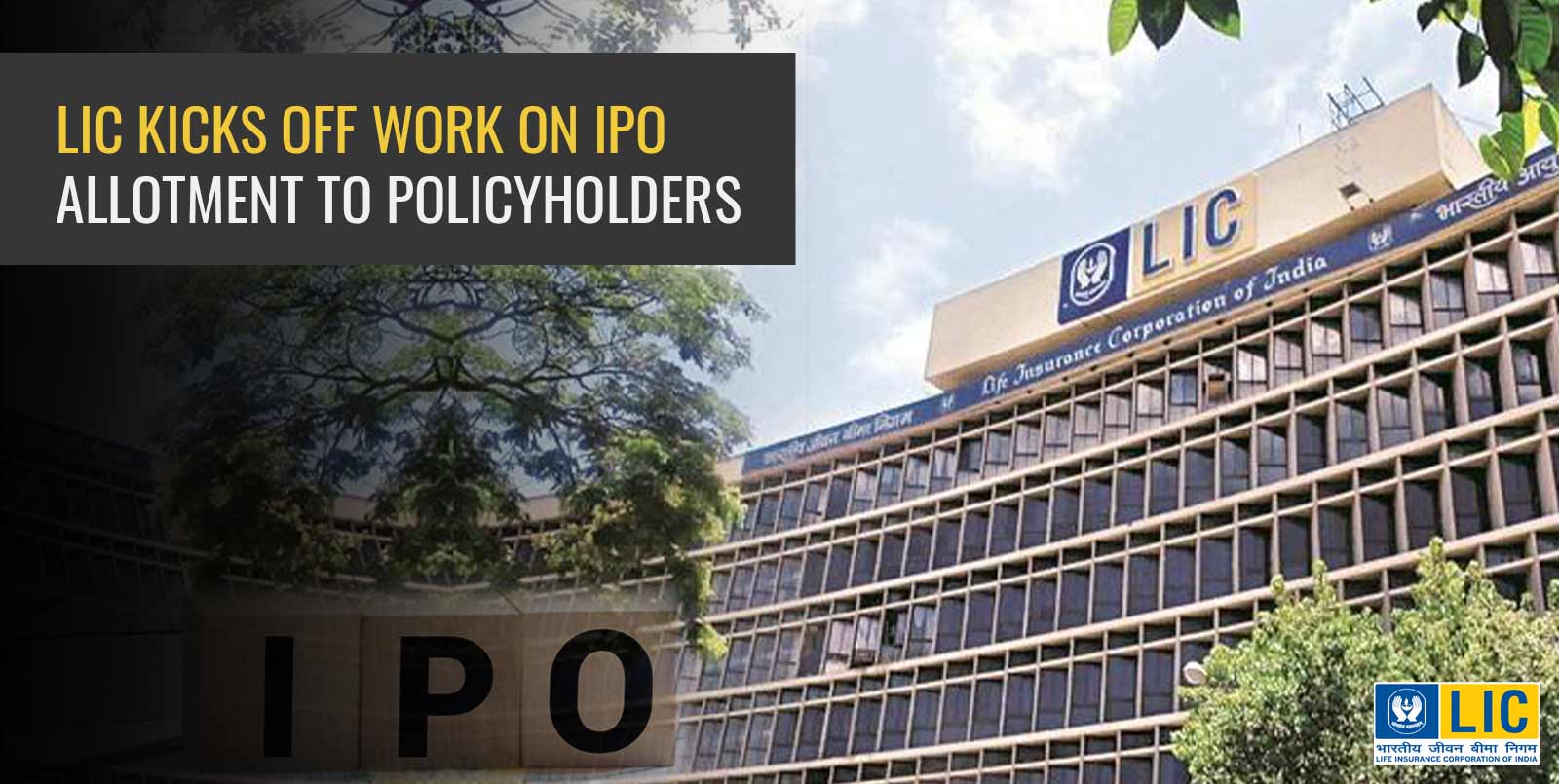 According to updates, the LIC of India is all set to create a database of policyholders who could be eligible for 10% of the reserved allotment issue in its upcoming IPO.

This database will help avoid duplication among LIC’s policyholders. This move will offer policyholders the opportunity to become a shareholder of LIC of India.

However, it must be noted that GOI will continue to be the major shareholder of the largest insurance policy company in the country. Accordingly, it will retain managerial control, safeguarding policyholder’s interests.

The Minister of State for Finance stated that the Finance Bill of 2021 – 2022 proposed to hold a reservation on a competitive basis.

LIC’s team has started to work on identifying policyholders and individuals based on their details. And they have their work cut out for them.

To begin with, India’s largest insurer has nearly 290 million policyholders. Secondly, several LIC policyholders have more than one insurance policy to their name.

Herein, to avoid duplication, this insurer may require Aadhaar verification. Currently, this entire framework is a work in progress and is proactively developed.

To prepare for this upcoming IPO, LIC has already acquired the actuarial modelling software named ‘Prophet’, which is used to compute the embedded value of an insurance company.

The government is taking big leaps for the LIC IPO. Recently, it has started reaching out to investors to make them aware of this insurer’s growth prospects.

On another note, entities like SBI Caps and Deloitte have been chosen as advisors for pre-IPO transactions.

Impact of LIC IPO and allotment on employees

Previously, the announcement of the government’s divestment in LIC set ripples of panic among its employees. It stemmed from apprehensions about the privatisation of India’s biggest insurer and the loss of their status as public sector employees.

However, the government has decided to dilute only 10% of its stake in LIC. So, it will be under its direct control. Accordingly, this will not change anything for LIC’s employees.

Moreover, speculations tell that LIC’s employees may avail a special quota at a discounted price and partake in this insurer’s equity.

In her Budget speech, Finance Minister Nirmala Sitharaman stated that the LIC IPO would be launched by the next fiscal year, i.e., at the beginning of April. However, GOI is yet to make any concrete statement regarding the pre-IPO and post-IPO processes.

Once the price band, market lot, and other crucial information of this IPO are announced, investors will be able to predict its GMP. It will also help gauge the market sentiment towards this IPO and its overall prospects.

It is expected that LIC IPO will be launched at the beginning of the next fiscal year.

The IPO share allotment date is yet to be announced.

This information has not been released yet.